Apex Legends might have a wide array of loot to be picked up and used, but how do you master a weapon like the L-STAR in order to score a victory? Here are a few tips you need to know.

When Apex Legends season four launched back in January, the loot pool for the battle royale title was tweaked in order to accommodate the Sentinel sniper rifle. There were also changes – good and bad – to the current crop of weaponry.

The L-STAR received a significant tweak at the beginning of the season and was changed to give it a bit more kick when it comes to recoil, switching to Energy ammo. With some players now touting it as one of the most powerful guns in the game, let’s see how you can rip through enemies in the early game with a few handy tips. 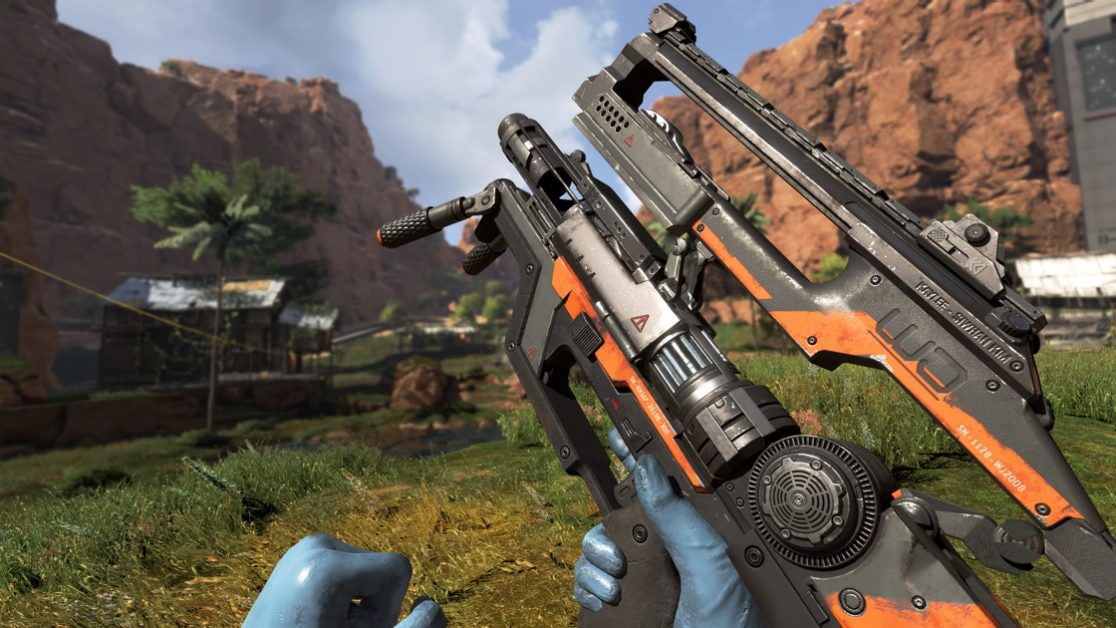 The L-STAR is still a powerful weapon in Apex Legends.

As the L-STAR is the only weapon in Apex Legends to have an overheating mechanic instead of reloading, it doesn’t work like other weapons – such as the R-99 or Flatline for example – and you can’t spray past 25 shots like you can with these other guns.

Instead, it’s better to use the weapon in short bursts. You might not always want to push too aggressively with the gun, but if you’re playing as a character like Octane or Pathfinder, it can be effective.

Get in, get some shots off on your opponent, and use an ability to escape while things cool down. It sounds simple but it will take some learning to pull off masterfully. Doing so will also combat the super annoying muzzle flash that the L-STAR gives off.

Combining a Legends ability with the L-STAR can help you massively.

Even though the damage stats for the L-STAR have taken a hit in recent updates, the weapon is still pretty solid compared to it’s rival. Yes, it’s not going to be a huge damage dealer in one shot, but being accurate will help your cause.

In the early game, you’re only going to need three or four clean shots to a non-helmet enemy regardless of them being a normal, low-profile, or fortified foe, according to stats from Apex Legends Gamepedia.

That’s ideal because if you’re able to control the recoil and muzzle flash, landing three or four shots isn’t going to be too much of an issue. Though, in the late game, you should use the L-STAR to soften opponents up before using a bigger damage dealing weapon to finish them off.

A full look at the L-STAR’s current in-game stats.

Compared to its counterparts, the L-STAR isn’t able to be used with many attachments – only a select number of sights and stocks.

Because of this, you don’t have to fret about scrambling around for attachments. A sight is ideal but not necessary, because short to medium range is where it’s strongest. You could pick anything from a 1-2x Variable Holo to a 3x HCOG “Ranger” and still have the same outcome.

Now, of course, these are just a few tips based on getting the best out of the gun as it currently stand in season four. Though, you may find that something works better for you – for example, using it as a close-range weapon rather than mid-range.

At the end of the day, it is all a feeling out process until you’re happy with what you’re using. So, next time you’re on World’s Edge, why not pick up an L-STAR and try it out? It’s one of the strongest weapons around, in the right hands.