Developers Respawn Entertainment may have teased a new weapon option coming to Apex Legends, at least if a new Crypto image is anything to go by.

Apex Legends Season 3 kicked off on October 1 and has generally received positive feedback from the majority of the community. Players are enjoying the wealth of new content, including the opportunity to play as the hacker Crypto, as well as trying out various new weapon attachments.

Eagle-eyed Reddit users appear to have found a new weapon modification, potentially coming to the game soon – but nothing is confirmed.

This teaser for Crypto came in Season 2, for him to be added in Season 3.
[ad name=”article2″]

Respawn have been known to tease players before, leaving little easter eggs in-game and in trailers to hint at content arriving soon.

Fans think they may have discovered another teaser, this time through a feature available as an unlockable screen in-game, in which Crypto can be seen with dual-wield weapons. The weapons themselves are not entirely clear, but look most similar to an RE-45 or P2020 pistol.

A host of weapon-specific attachments – also known as hop ups – were added at the start of Season 3, but no dual wield options are in-game at the moment. This seems to push it beyond the realms of irrelevancy, and suggests Respawn could be working on dual-wields for some weapons. 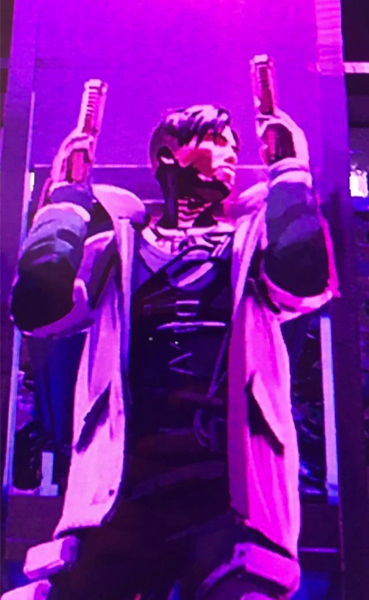 Dual-wield weapons are nothing new to FPS games. They allow users to fire two weapons simultaneously, leading to a faster time to kill, but often sacrifice both range and accuracy, as the ADS (aim down sights) mechanic is disabled.

It is a typical feature of machine pistols and SMGs, hence why the P2020, RE-45 or perhaps even the Alternator, are the most likely weapons to receive this specific hop up, if it was to be added.

While far from confirmed, the image does potentially hint that dual-wield weapon options could be coming to Apex, and fans are certainly excited by that prospect.

One fan suggested that Hammerpoint rounds (currently available on the P2020 and Mozambique) could be removed in favor of dual-wielding.

However, others raised concerns that dual-wielding could be too powerful up close, perhaps even outperforming shotguns.

The trade-off here is that what dual-wield weapons gain in firepower, they also lose accuracy at any kind of range.

We’ll have to wait and see if Respawn do indeed add any dual-wield options at some point in Season 3, perhaps with their next major update.