It was announced at the 2019 San Diego Comic Con that Funko figures wereApex Legends and now we got our first official look at them.

Love them or hate them, Funko Pop figures are wildly popular and make for an excellent way to get into collecting figurines.

Apex Legends features a distinct cast of characters that lend themselves perfectly to figures like this and Funko delivered in a big way, as we can see from the first images of them below. 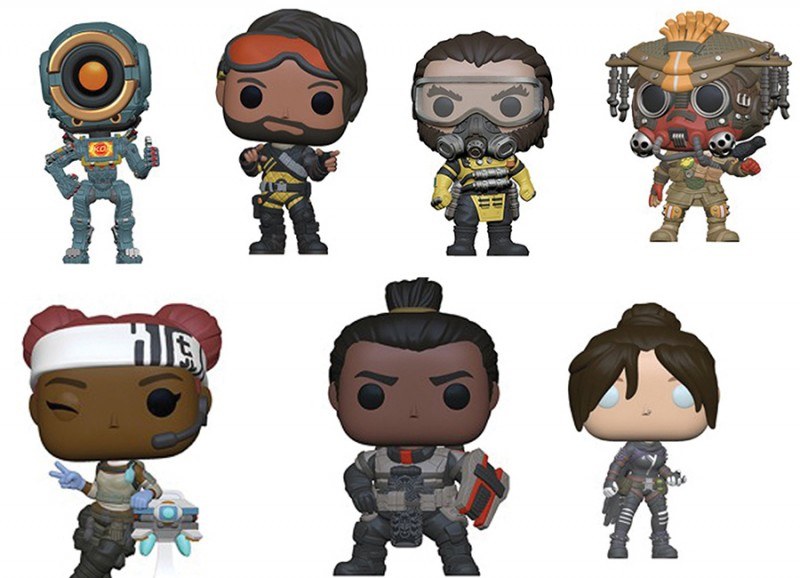 Take a look at the Funko figures for yourself.
[ad name=”article2″]

Game Informer first revealed the images and as you can see it includes all of the original Legends which means we don’t have a figure for Octane or Wattson – yet.

It wouldn’t make a whole lot of sense for Funko to unveil just part of the roster without filling it out completely in the future.

Back in February, shortly after the launch of Apex Legends, Funko tried to gauge if there would be any interest in Pop figures and it turns out they must’ve received enough of a positive response since they have been made.

“How many gamers out there are loving Apex Legends,” Funko asked. “Would this interest you?”

How many gamers out there are loving #ApexLegends?! Would this interest you? https://t.co/SROErWcr9d

One thing we’re still missing is some sort of pricing for the figures as Funko didn’t reveal anything on that front.

Pops on their own don’t usually cost more than just a few dollars so don’t expect to break the bank here unless you plan on buying them all at once.

Another thing missing is a release date as all we know right is they are coming soon.

However, they could end up sneaking up on us out of nowhere, especially considering we’ve seen the complete models of them so they should be nearing release.