Apex Legends players have finally got their hands on the Season 2 battle pass, which so far looks to be a big step up from Season 1 – but it might actually be harder to reach level 100 this time around.

Unlike Season 1, the new battle pass is now ‘challenge based’, which you may think will make it much easier to hit the max level with all that extra XP up for grabs.

However, Respawn have adjusted other XP gaining techniques accordingly, including the basic ‘survival time’ metric, and if you do the maths Season 2 is potentially going to be a lot harder than you might have expected.

Respawn boasted of an “improved” battle pass for Battle Charge – but is it also more difficult?

Thanks to Reddit user u/K_U who did the maths on the new battle pass, it’s clear that if you don’t keep up with the daily and weekly challenges in Season 2, you will fall behind in your progression significantly, perhaps even irreversibly.

“The Season 2 leveling system is going to be a lot tougher than last season, and far more difficult to grind if you fall behind. Why? Progression is intentionally throttled to 10 “easy” levels per week by the 54K XP wall.”

It’s all a bit confusing, but you can read the full reddit post for a more in-depth breakdown.

PSA: The Battle Pass is designed to throttle you to 10 levels per week. Don’t fall behind because the grind will be brutal. from r/apexlegends

Essentially, once you have completed the challenges, your ‘easy’ levels (those granted by the challenges) are used up, and you’ll now have to grind by virtue of match XP alone – but this has been nerfed significantly.

Instead of earning approximately 6 survival XP per second (in Season 1), you’ll now earn only 3 XP per second in Season 2, and the amount of XP you’re aiming for is also higher.

Season 2 battle pass: How to rank up fast

If you are aiming to hit level 100, you will need to gain roughly eight battle pass levels a week, which is fine if you’re doing all the challenges, but if you don’t complete each and every one, the task may become insurmountable.

So really, ranking up fast is pretty simple: go for the challenges – all of them. It’s also important to take advantages of the regular bonuses, such as your first top 5 of the day, and your legend bonus by using a variety of characters (yes, that means giving up your main now and again, just for a game or two). 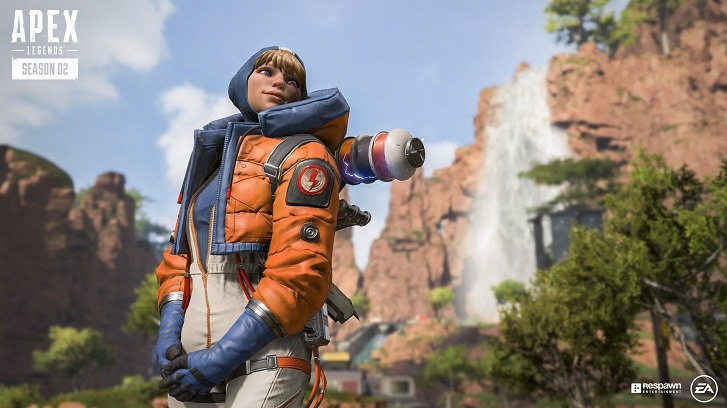 Using a variety of legends is important for completing challenges and earning bonuses.
[ad name=”article5″]

Will there be bonus XP events?

Presumably, yes, Respawn should throw in a couple double XP weekends or similar over the course of Season 2. So, keep your eyes peeled for that, especially if you think it’s unrealistic for you to complete every challenge.

One player observed that this new battle pass progression system is aimed at making it harder for ‘grinders’ to reach level 100 too easily, while also enticing more casual, infrequent players, to keep coming back so they don’t fall behind.

But, with the battle pass so reliant on the challenges, if you are on vacation one week, you may never be able to complete the whole thing, unless you’re willing to put in some serious hours – or buy a few levels with Apex coins.