Apex Legends players have seen some strange things happen in Respawn Entertainment’s game since it released, but this flying glitch might be the funniest yet.

At the time of writing, the game’s developers have not mentioned anything about an issue with respawn ships on their official Trello board, where bugs in the game are usually noted, but something doesn’t seem exactly right about them in-game.

There are a number of red balloon jump towers dotted around the World’s Edge map, just like its predecessor King’s Canyon, allowing those involved in the Apex Games to be launched into the air and start gliding around again. 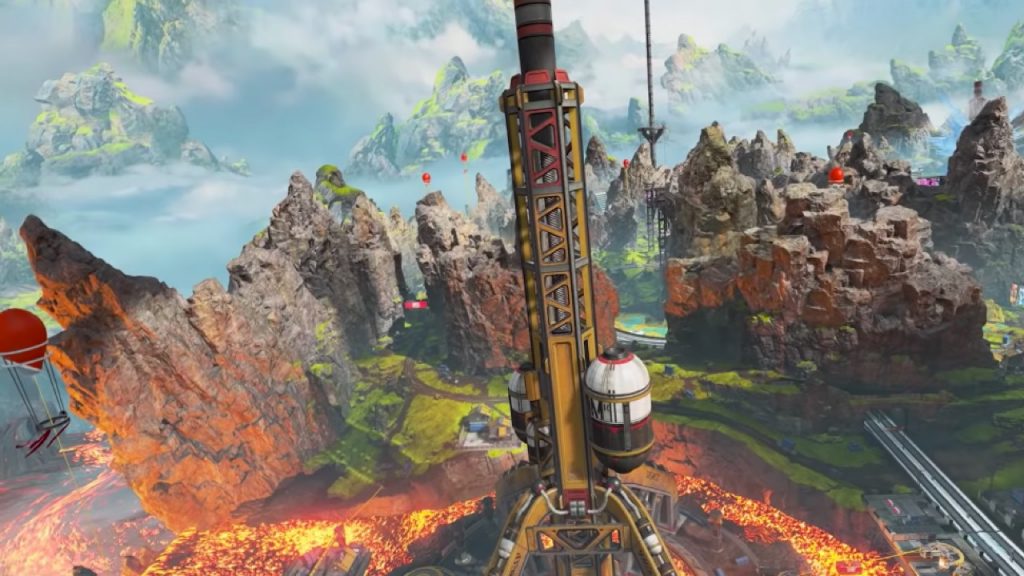 Red Balloons can be seen on top of jump towers all across the Apex Legends map.

However, one Reddit user – ShtephenAShmith – posted some footage to the game’s subreddit on December 24, showing exactly why people should perhaps avoid using the relaunch balloons when the respawn ship is nearby.

The player ran into an issue with the feature that saw his character blasted off into the sky after colliding with the ship.

With just 16 squads left at the time of takeoff, shooting into the sky like a hot air balloon, the bug will have certainly bided the player some time away from enemies as they soared around in the air.

The clip shot right up the subreddit, attracting over 5,000 upvotes on the platform and a whole host of jokes from members of the online community.

There seems to be a general theme surrounding the comments, too, as one lingering question has been left unanswered by the poster… Did they ever land? “Some say he’s still flying til this day,” one posted, with another joking: “They say 1 in 5 people don’t even make it to the ground.”

There was even a suggestion from some users that the bug could have sent him all the way back to King’s Canyon, but those reports – unfortunately – are unconfirmed.