Prominent Apex Legends dataminer ‘KralRindo’ has found and leaked voice lines of various characters mentioning weapons that have not yet been released in the game, including Titanfall’s CAR SMG and EPG.

For games like Apex, one that continuously gets updated instead of being supplanted by a sequel, new content is imperative to keep the whole experience fresh.

One major addition that developers Respawn Entertainment make at the start of every season is a brand new weapon, and so far we’ve had four: Havoc, L-STAR, Charge Rifle, and Sentinel.

There’s no doubt that Respawn have a number of weapons in development for upcoming seasons, and we now have an idea of what some of them might be thanks to a new leak.

Reddit user KralRindo, who’s established himself as a reliable dataminer for the battle royale, posted a couple of videos of several Legends saying lines that included the names of guns not in the game. The first shows the likes of Bangalore, Caustic, Pathfinder and others naming the CAR SMG, EPG, and Volt SMG.

The second video is very similar to the first, but including voice lines for the Grenade Launcher, Rocket Launcher, Cold War, Softball, and Archer.

Fans of Respawn’s Titanfall series will notice all of these weapons featured in Titanfall 2, which is where the Redditor got the images from to include in the videos.

This shouldn’t come as a surprise; a lot of the guns in Apex Legends are based on similar ones from Titanfall games, and some even have identical names to their older counterparts.

For those who are not familiar with some of the names, the EPG-1 was a single-fire direct energy propelled launcher, EM-4 Cold War a four-round burst weapon, the R-6P Softball an Anti-Armor Grenade Launcher, and Archer a lock-on rocket launcher. 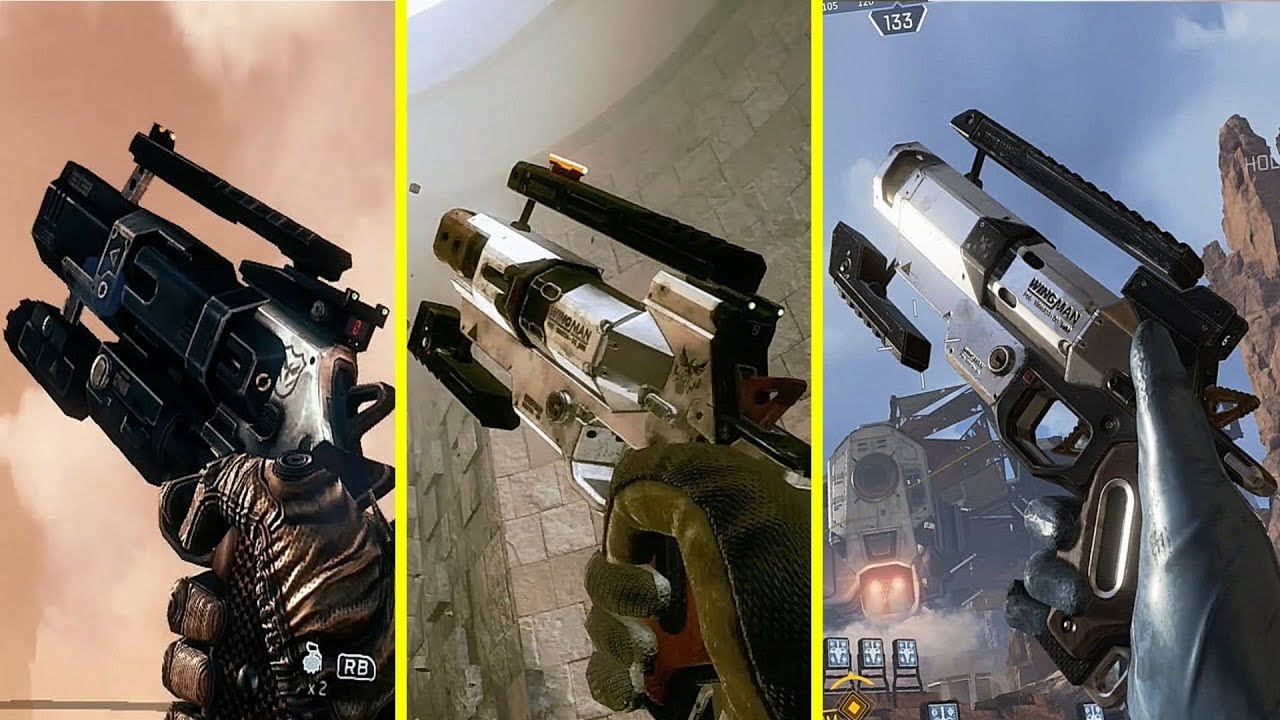 Many of the weapons in Apex Legends, such as the Wingman, have featured in the Titanfall series.

What do the leaks mean?

Before anyone gets ahead of themselves, it’s extremely unlikely all these weapons will end up in Apex. In all likelihood, these guns are ones Respawn may consider adding and thus recorded lines with the voice actors just in case.

That would explain why newer Legends, like Revenant and Crypto, are not featured in the videos since these recordings were probably made before those characters were even added.

However, that’s not to say none of these guns will get chosen. In fact, based on the leaks, there’s strong reason to believe that either the CAR or Volt SMGs will be added in Season 5, especially considering the submachine category is one Respawn haven’t expanded since the game first launched. 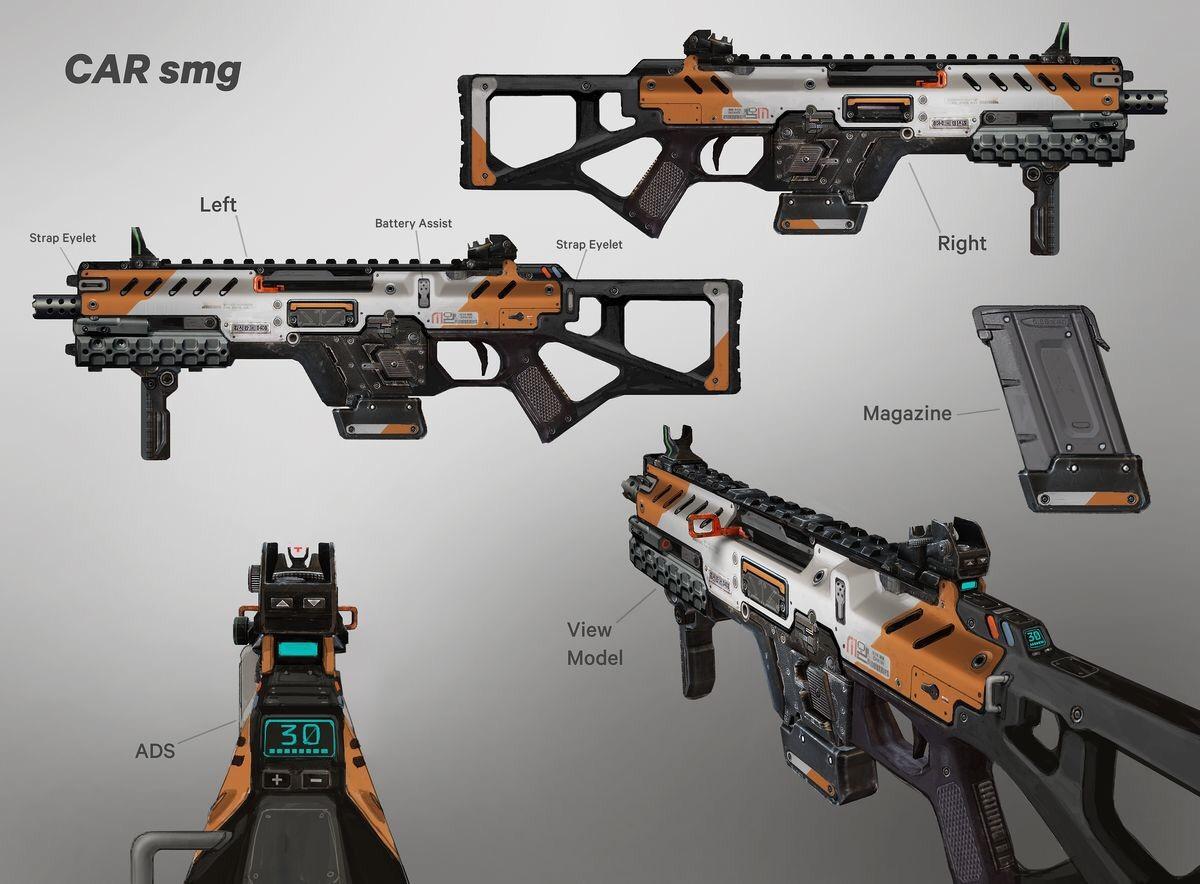 Titanfall 2’s CAR SMG has been heavily rumored to be coming to Apex Legends soon.

A lot of people thought one of the two would be added in Season 4, but the devs went with a curveball in the form of the Sentinel sniper rifle, so we could finally see a new SMG next.

All that said, however, Respawn have proven themselves to be quite tricky when it comes to predictions. They recently admitted they went as far as to put false info in the game’s back-end files to bait miners into spreading fake intel, so caution must be exercised when trying to read too much into these leaks.