Following its release in February 2019, Apex Legends became one of the most popular games in a very short space of time – fast forward five months though, and its viewership has taken a shocking decline.

More than 70% of live streaming is watched on Twitch, meaning its viewership numbers are an excellent way of determining which games are most popular – albeit in terms of hours viewed.

It started so well

Despite releasing in February, Apex Legends was still the third most watched game on Twitch during Q1 with just shy of 183 million hours. Fortnite and League of Legends were the two games to beat it with totals of 312 million and 302 million hours, respectively. 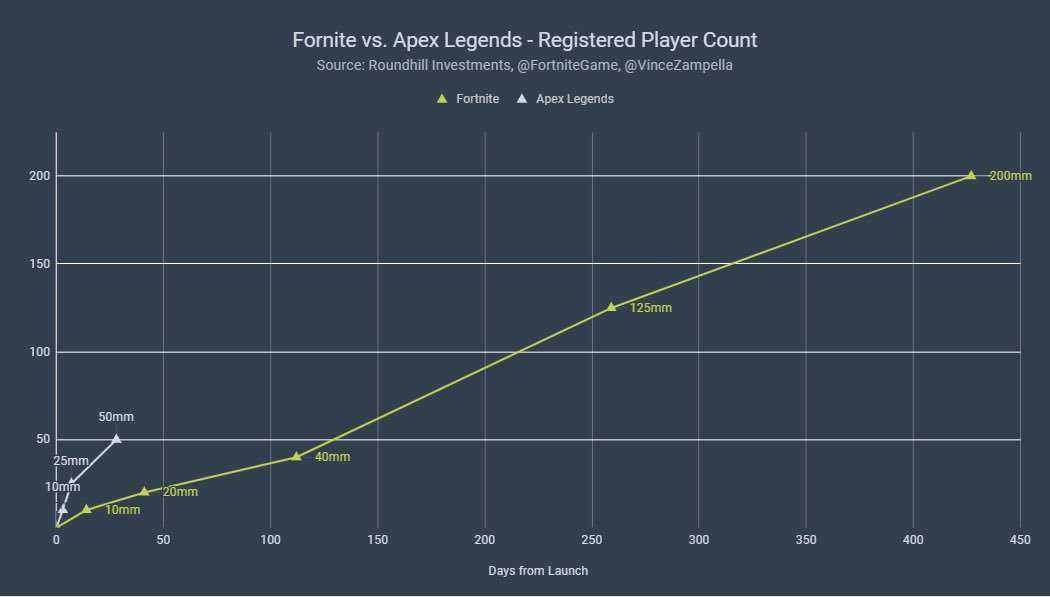 What these numbers don’t show is that for the month following its release, it actually beat Fortnite. This lead many to believe that Apex Legends would be the game to kill Fortnite – we now know it wasn’t.

Naturally optimism surrounding the longevity and resulting success of the game were at an all time high. Milestones such as number of unique players were hit in record time, providing justification for this optimism.

However, if the brakes were on Apex Legends’ momentum, Twitch’s Q2 viewership statistics have brought it to a complete stop. After finishing 3rd for most hours watched in Q1, it has completely fell out of the top 10 for Q2, according to StreamElements.

Even PlayerUnknown’s Battlegrounds, which while it retains a hardcore following, a game which is over two years old, beat it for number of hours watched. PUBG finished tenth in the Q2 table with 65 million hours of watching. 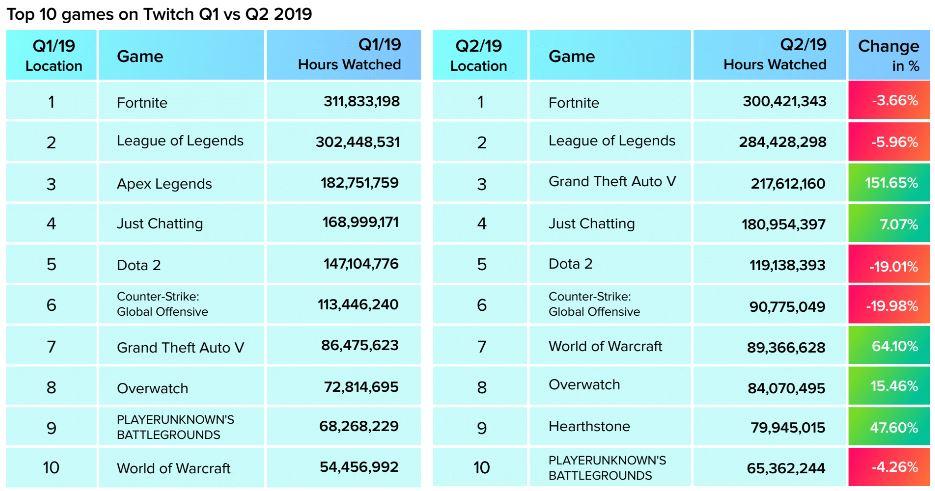 Respawn Entertainment and EA will hope that the introduction of Apex Legends Season 2 will renew the game’s hype but this may be more hopeful than expectation.

It will be interesting to see whether Apex Legends survives in the long-term but if viewership continues to decline at the rate it has recently, then future for Titanfall-esque battle royale game looks bleak.