Apex Legends is the hottest property on the battle royale market right now and has racked up an incredibly large player base in the few short weeks since its February 4 release.

While most players are content with pouring hours into their attempts at winning matches, others have been inspired to create some amazing new concepts and works of art.

Designer and CS:GO artist Chris Le has shared sneaker designs for a number of Apex Legends characters. So far, these include Pathfinder, Bloodhound, Gibraltar, Lifeline and most recently Wraith.

These are put on various brands of sneaker, ranging from Air Max, Jordan, Vans and Air Force. They have been shared on his Twitter page and are receiving thousands of likes and comments as he perfectly captures each character’s style. 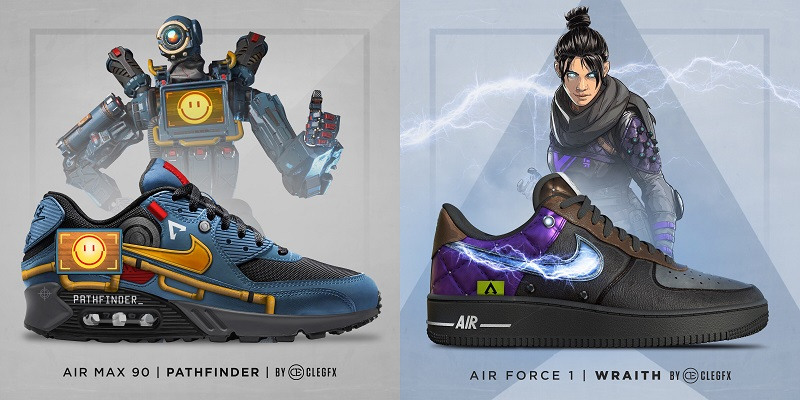 Their slick design and professional touch has left many Apex Legends fans asking for them to be made into an in-game accessory. There might be some copyright issues with the sneaker brands but on a generic sneaker it could certainly be possible.

Alternatively, maybe the likes of Nike and Vans will jump on the Apex Legends hype and release some limited edition Apex themed sneakers!

Wdup homies! I’m back with another design. This time AJ1s inspired by Gibraltar. Yes or No? @PlayApex #apexlegends #AirJordan1 pic.twitter.com/hVbIflMlBk

Currently, Bangalore, Caustic and Mirage remain to be created by Chris Le. However, we’re pretty sure he’ll get around to making them sooner rather than later.

Our personal favorites are Le’s ‘Jordan 4 Bloodhounds’ – we can almost hear Bloodhound’s popular quotes when we look at them.

Do you want to see the designs for these and do you want them in-game? Let us know on the Dexerto social media channels.