Apex Legends Caustic players can get a whole lot more annoying once they all realize they can drop their traps through cracks, allowing them to hide their traps much better than before.

Caustic is generally considered one of the worst characters in the game, but with his ability to create gas rooms where he traps players in until they die, he has seen new life as becoming an annoyance.

Everyone knows how Caustic is able to get enemy players trapped in rooms with his traps but this new tip will make his traps much more effective, and much more annoying for other players.

Caustic is the master of annoyances.
[ad name=”article2″]

The one problem with Caustic’s traps is they are huge so if there’s already one set up, you can avoid them quite easily.

However, if you are able to drop one through a crack into an area you didn’t know existed, then problems can arise. One Reddit user showed exactly how effective that could be.

You can put a trap where?

Reddit user 107azure pointed out you can drop a trap between cracks, showing how the trap could be hidden away behind a fence.

It would be very hard to notice this trap placement before it’s too late, making it an extremely effective spot. Unfortunately, you can’t trap anybody in a room like this so it’ll only be able to tick away a small chunk of health unless a fight takes place in the gas. 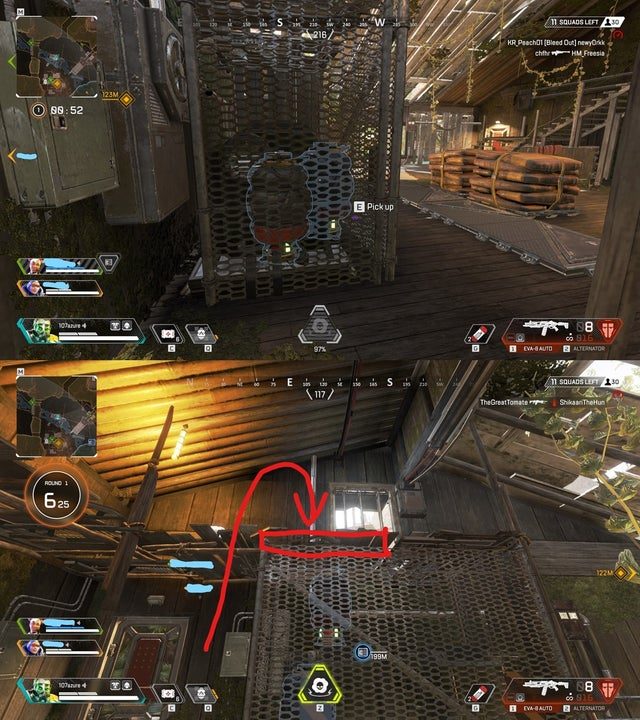 Traps can get dropped in cracks.
[ad name=”article4″]

This tip will likely act more as an annoyance than something you rely on for kills.

His gas trap rooms will definitely be the more effective strategy in terms of kills but slipping a trap in a crack will allow you to get an early edge during a fight.

Realistically, this doesn’t make Caustic any better but it does give you more options.