Apex Legends has been at the center of player backlash with pricing for items and Apex Packs causing concerns, but a revamp to the store could go a long way in helping the situation.

Respawn Entertainment has been on shaky standings with their Apex Legends player base in part due to untimely candid dev responses that stemmed out of questionable monetization structures for the Iron Crown event.

While tensions and name-calling got to a critical point to where the CEO of Respawn Entertainment Vince Zampella even chimed in to calm the waters, members of the community noticed how the executive still didn’t address the actual problems that paved the way for the debacle in the first place. 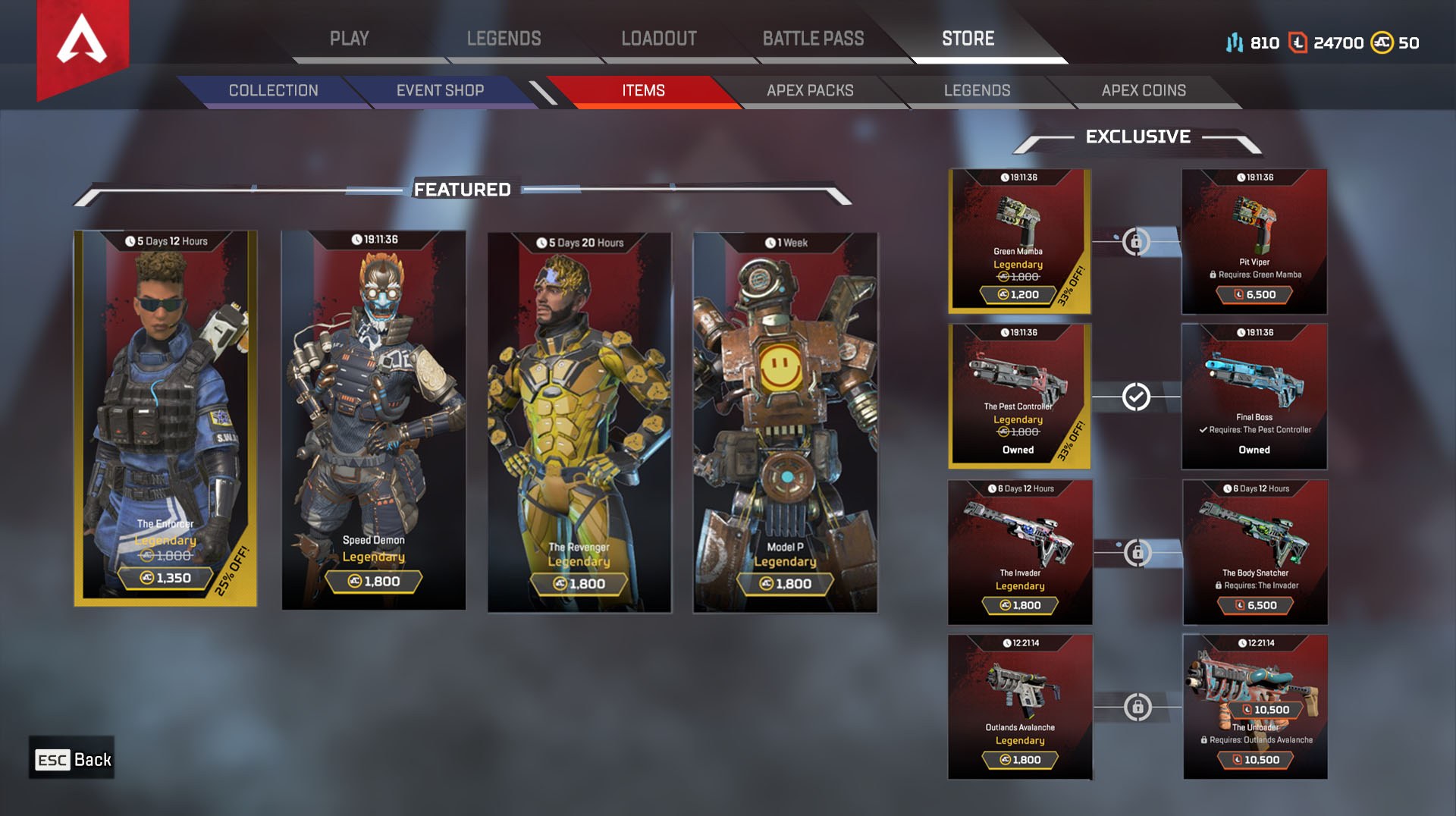 The new design keeps most of the standard Apex Legends store, just with more obtainable variety.

To start the healing process between players and devs, Reddit user ‘FrozenFroh’ put together a redesign for the Apex Legends shop that would finally give players not only more items to acquire outright, but also a way to spend all the Legends Tokens (LT) they have stored up.

“Here is my mockup of a better store, twice the skins and a monthly shop with limited skins for those that want to grind and spend their legend tokens,” FrozenFroh said.

The design completely revives the stale Item tab in the Shop which only has “Featured” content consisting of five bundles, at the time of writing.

FrozenFroh’s design narrows the Featured selection by one, but replaces it with an “Exclusive” section that holds eight weapon skins total. Additionally, it could be a way to introduce shorter life spans for items in the shop.

““I would also suggest to change ALL the skins at once instead of 1 per 1 so that people can go check the store at a set time and see what’s new,” FrozenFroh said. “People often don’t know if the store has a new item.” 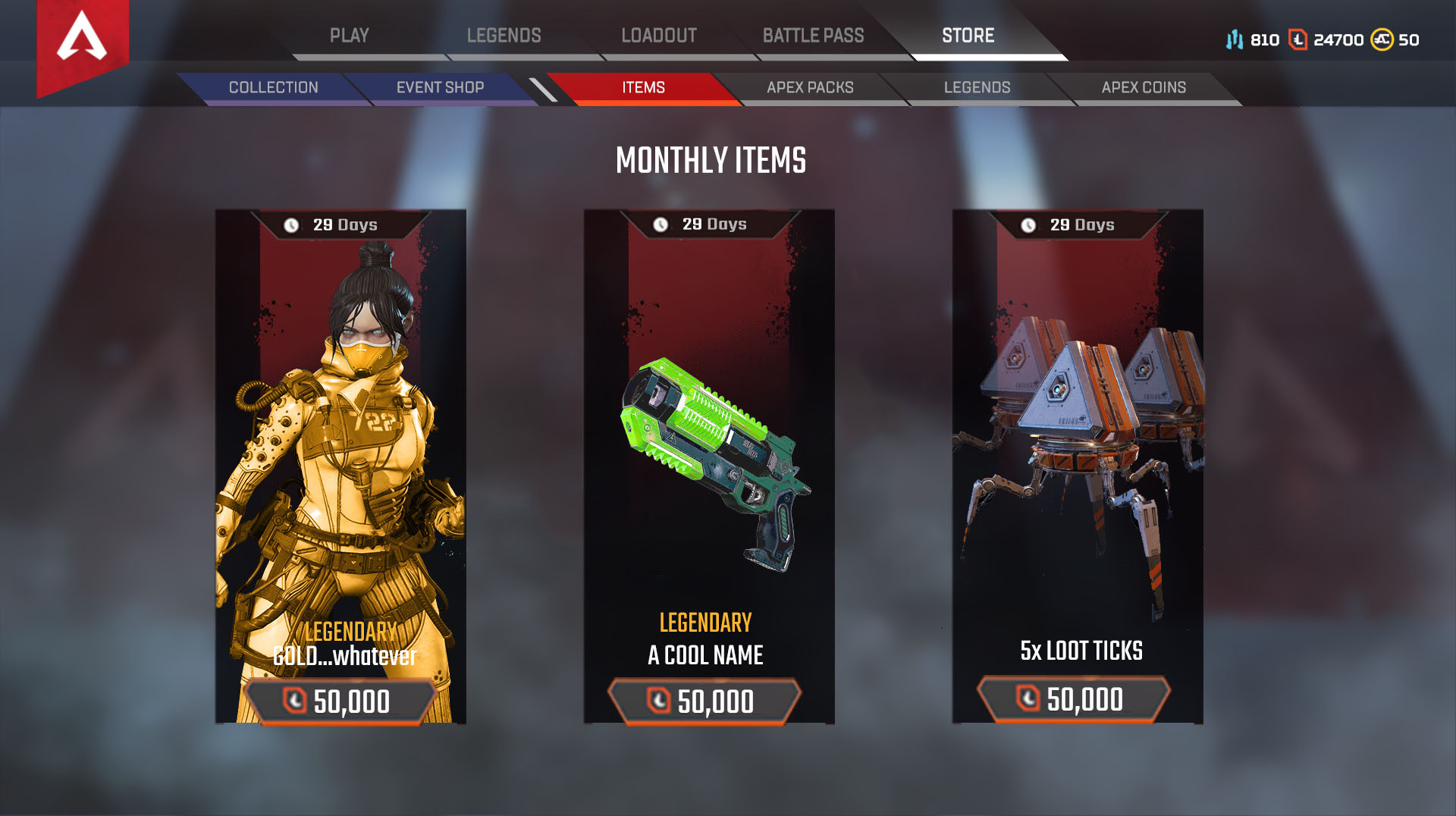 Monthly items in the shop worth a lot of Legends Tokens would be a great place for players to spend hard earned currency.

Half of the items under the Exclusive umbrella are locked behind the Apex Coins premium currency, while the other half can be obtained with LT prices.

Meanwhile, the redesign would also feature “Monthly Items” that would have Legendary cosmetics and a “5x Loot Ticks” bundle, all behind steep LT prices for players to grind throughout the month.

Even though there are other burgeoning problems within Apex Legends, it seems like a more player-centric reimagining to the Item shop would be a great way for the fan base to grind matches.