Apex Legends made record breaking revenue in its first month

The newest big hit in the battle royale genre, Respawn Entertainment’s Apex Legends, has enjoyed the most successful launch month of any free-to-play game in history.

Released as a surprise on February 4, Respawn didn’t officially unveil Apex Legends until only 15 minutes before it went live on Origin, PS4 and Xbox One – completely free.

With no pre-launch marketing, they relied on the influence of streamers and YouTubers, namely the likes of Michael ‘shroud’ Grzesiek and Tyler ‘Ninja’ Blevins, who were apparently paid $1 million for their sponsored streams and social posts about the game.

The unorthodox launch was a gamble that definitely paid off. Respawn themselves quickly boasted of attracting 10 million players in 72 hours. By the end of the first week, it was 25 million, and 50 million after a month.

And many of those players were digging into their pockets too, to buy Apex Coins, the game’s virtual currency, in order to suit up with new cosmetic items and open Apex Packs. Two Legends, Mirage and Caustic, were also behind a paywall (although you could earn enough points to acquire them by just playing too).

All of this raked in an over $90 million, according to a report from SuperData:

Apex Legends had the best launch month of any free-to-play game in history. Apex Legends generated an estimated $92 million from in-game spending across all platforms, with the majority coming from console. 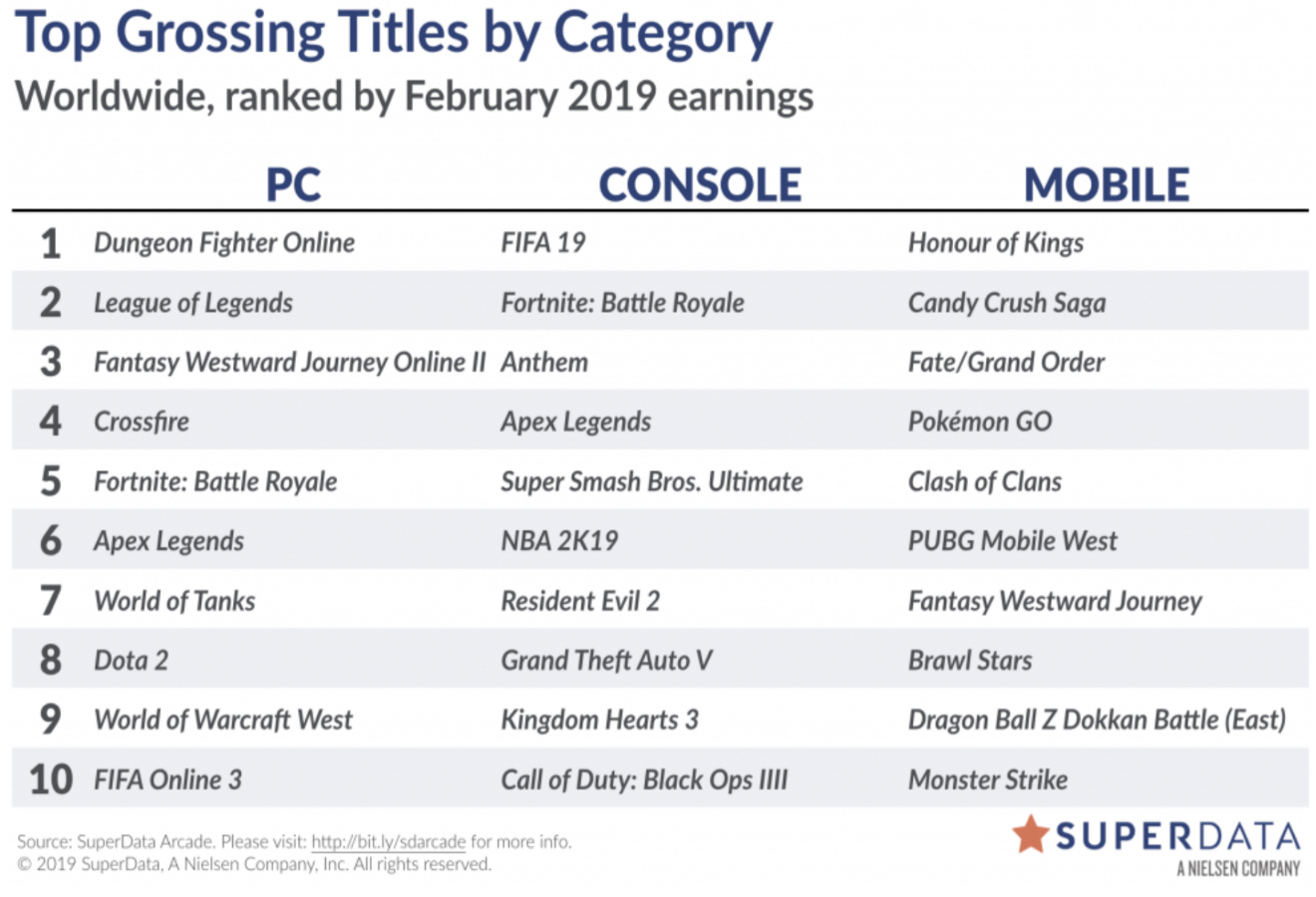 Apex Legends, only available on console and PC, immediately shot into the top 10 in February.
[ad name=”article3″]

Making this even more impressive, Apex Legends didn’t have a battle pass until March 19, meaning that this figure has almost certainly cross the $100 million mark by now, thanks to the start of Season 1.

However, despite the record breaking launch for a free-to-play game, Fortnite still bested Apex Legends in the month of February 2019, on both console and PC.

Fortnite has generated more than $300 million in a single month, and did so for successive months, in early to mid 2018, so Apex isn’t yet hitting the same heights.

It will be interesting to see how Apex fairs in March and April, with the battle pass launch and a new Legend now released, perhaps it will trump their already impressive opening month.