When playing Apex Legends, there’s two key stats you’ll want to look out for in any match: your total kills and total damage. However, the latter is only visible at the very end of the match, and players want that to change.

Because Apex is a team-based battle royale, it’s not always about who gets the most kills in a match, but rather the most damage, as it’s easy to clean up a weak opponent that your teammate did most of the work for elimination.

The complaint, however, is that until the end of the match, players can’t see exactly how much damage they’ve done. This simple addition to the in-game UI would be a complete game-changer.

Rather than only showing the number of kills a player has in the game, Apex Legends fans have requested by popular vote that a damage tracker also be visible in-game at all times. 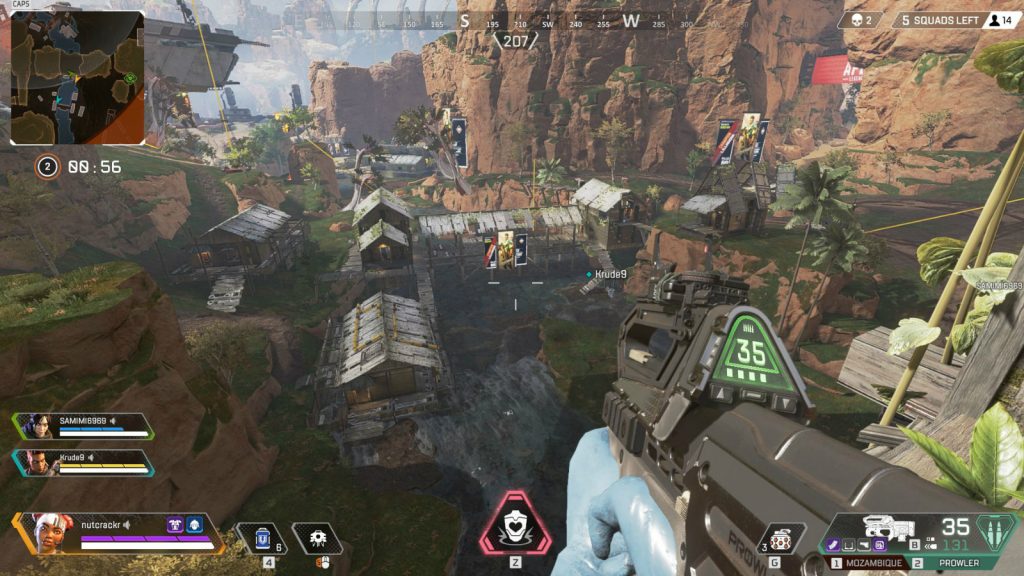 The current Apex Legends HUD only displays the players total kills – not knockdowns or damage.

Going a step further, players have also asked that they can see the total kills and damage of their teammates throughout the match. This way, they can see who is carrying the squad and who isn’t pulling their weight.

Reddit user Galatex showed off their own version of such a system with a concept. The idea shows the amount of damage dealt by each player alongside their total kills, and how many players or squads are left.

The suggestion received high praise on the game’s official subreddit, but some did point out some concerns too.

Notably, one commenter gave the example of a similar system used in Overwatch, which resulted in an increase in toxicity, as random teammates would mock underperforming players.

“Have you learned nothing from Overwatch?”, one user asked, “it’s one of the things toxic players point to to say their teammates suck, they’re doing better.”

Others pointed out another potential downside to displaying damage numbers, suggesting it could result in players aiming for high damage over getting the win.

They argued that “This would drive dysfunctional behavior as people then (consciously or otherwise) chase damage numbers instead of trying to win the game.”

On the other hand, the number of kills has always been visible, and many players already chase kills more than the win.

There’s no indication that Respawn will implement this feature, but they are always listening to player feedback, and have made lots of changes and addition based on requests, so we can’t rule it out either.