Overwatch feature that could still be added to Respawn’s battle royale.

The latest Season 3: Meltdown update in Apex Legends saw many changes take place such as a new Legend, Crypto added to the game as well as a brand new map for players to experience.

However, fans have now called for a new feature to be added to the popular battle royale game after taking inspiration from Blizzard’s first-person hero shooter, Overwatch. 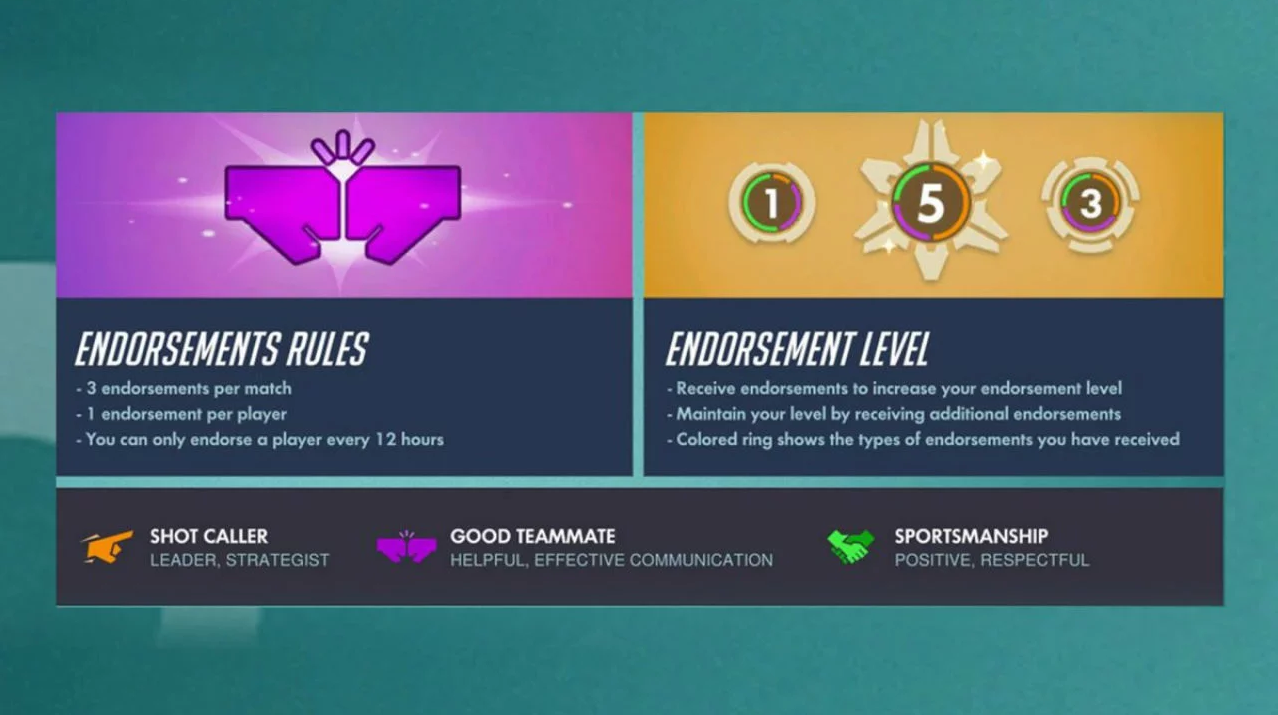 Apex Legends could introduce an endorsement system similar to the one in Overwatch.
[ad name=”article2″]

Although many players are familiar with reporting teammates who are problematic in-game, Apex Legends could introduce a system that rewards positive players and helpful teammates, similar to that of Overwatch’s endorsement system, as pointed out by u/Golanr580 on Reddit.

He also suggested that the system would have three types of endorsements, one for good sportsmanship, one for being a good teammate, and finally one for leading your team as the shot caller.

Endorsements could be rewarded with experience points in-game and could also offer rewards in the form of Apex Packs to players who receive a lot of endorsements.

Golanr580 also recommended that a player’s “Endorsement level” could go down if you were reported to hopefully reduce any negative behavior.

Although some were critical on how well the system would work, it would be likely that the addition of such a system could lower the number of toxic players or problematic teammates for the sake of missing out on rewards.

Many other popular games also have similar systems that offer rewards or in-game icons for good behavior, such as the League of Legends’ Honor system and commending others in CS:GO.

However, it’s also a system that, without the right precautions in place, could be exploited and ruined by trolls.

It would likely take some time for Respawn to implement, but it could result in a better experience for players all around if it was excuted well.