Apex Legends Legendary Hunt challenges and how to complete them

The Legendary Hunt challenges and rewards have now been officially announced by Respawn, and you can check them out in our Apex Legends have been revealed ahead of the official launch of the new mode.

Respawn Entertainment revealed their first limited time mode, Legendary Hunt, on May 30, giving more content to enjoy before Season Two is finally released at some point in June.

The Legendary Hunt LTM goes live at 10 AM PST/2 PM EST/ 7 PM BST/8 PM CET on June 4, but some players have already been able to get their first look at the challenges that stand between themselves and some incredible loot. 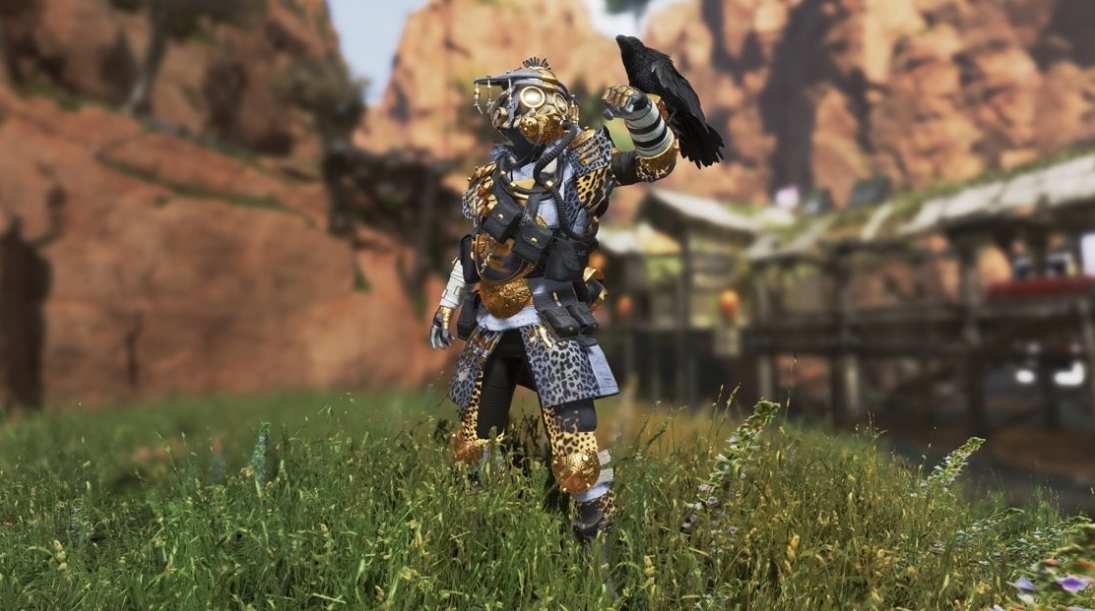 Bloodhound was one of the new Legendary skins revealed for Legendary Hunt.

Apex Legends fan Dirtyhippee posted a screenshot of the challenges to the game’s subreddit – along with their subsequent rewards. The first challenge is seemingly the easiest as players will simply need to finish the top 5 in any game in order to score the Legendary Hunt Badge.

The challenges do ramp up in difficulty after that but all have a similar goal in mind – proving one of the elite players inside Kings Canyon.

To unlock the previously revealed Epic Master of The Hunt Bloodhound skin, players will have to finish in the top 5 in five games, while staying in the same queue. On the flip side, in order to claim the Legendary Tamed Beast Triple Take weapon skin, players will need to win two games in the same queue. Players will also be able to secure a Rare Wolfpack G7 Scout weapon skin by finishing in the top 5 of an ‘Elite Top 5’ match. 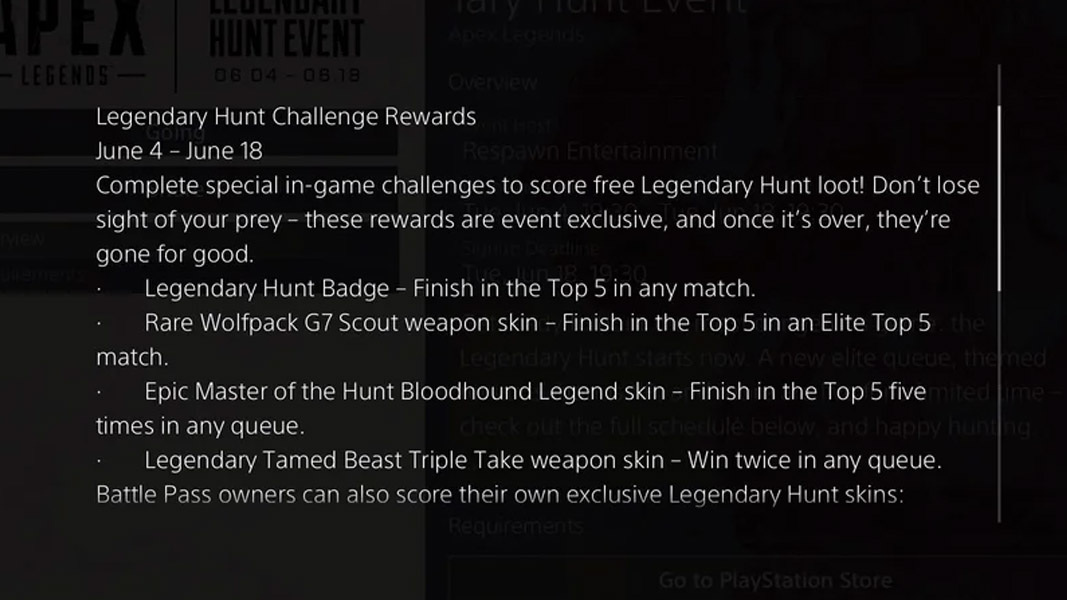 Dirtyhippee’s post also hinted at Battle Pass exclusive skins similar to howFortnite Battle Royale offering. However, there is no word on just what they entail and players will have to wait until the new mode launches before they have an idea on how to stand out from the crowd.

As the Legendary Hunt is an LTM (limited time mode), players will only have until June 18 to complete the challenges and claim the new rewards. As Respawn’s own description states, once they’re gone, they’re gone for good. So, happy hunting.