Respawn Entertainment may have executed a massive ban wave in Apex Legends, but hackers are apparently already back causing problems, with a new ‘soft cheating’ method.

On April 4, cheaters were in panic mode after hardware ID bans were issued to many, preventing them from simply starting a new account and cheating again.

It was a joyous moment for rule-abiding Apex Legends fans, who had become increasingly worn out at the alarming frequency of cheaters in matches, but their joy has been relatively short lived, it seems. 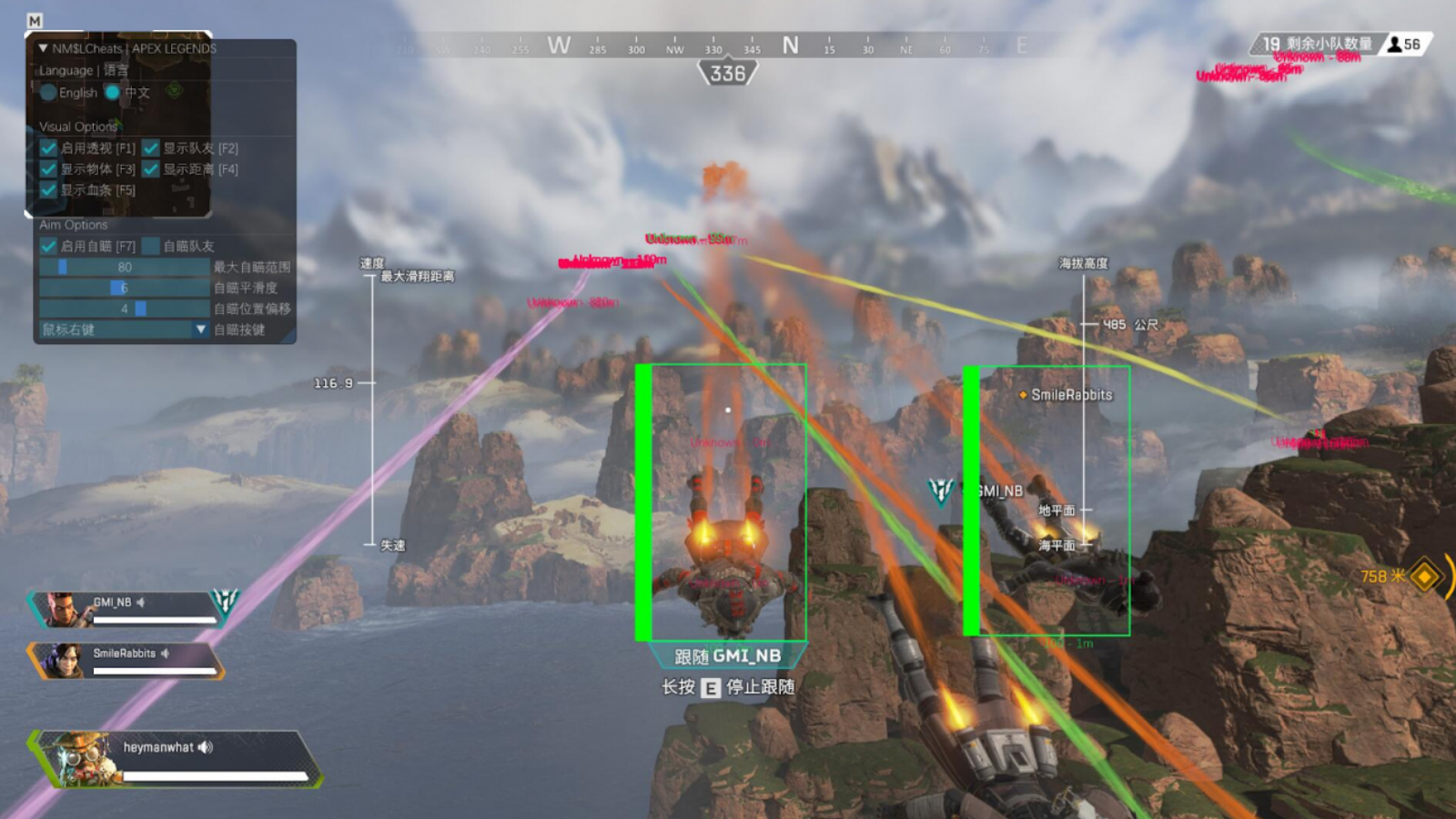 An example of a hack used by a Chinese player in Apex Legends.

Apparently, the hackers are now using a more subtle method of cheating, which renders them pretty much undetectable by the anti-cheat systems in place.

Known as ‘soft cheating’, the method is explained as “cheaters reducing their aimbots to levels indiscernible to an anti-cheat algorithm, but obvious enough from the receiving end of it. When spectating them you can see the aimbot locking on, but their cheats give a buffer of missed shots to fool the accuracy counter.”

According to a post on the Apex Legends subreddit, this form of cheating is perhaps more ‘problematic’ than when the aimbots were full lock-on machines, as players themselves may not even be aware that they were in fact facing a cheater, and therefore do not report.

Soft Cheating on the rise, algorithm can’t detect them from r/apexlegends

This method of cheating is also known as using “humanizers”, giving the effect of the play having more human-like aim, with all the flaws that come with natural inaccuracy, all the while they are in fact simply using a hack.

This problem of cheating in Apex Legends still seems to be largely focused in Asian servers, which has inevitably led to calls for Chinese players to be region-locked.

However, Respawn have stated that region-locking China wouldn’t be a simple process, because the game isn’t actually officially available in China, meaning players are using a VPN to access it, muddling their location.

The last figure made public was that over 350,000 Apex Legends cheats have been banned, and there have undoubtedly been plenty more since, but Respawn will need to continue to fight against the plague of hackers, for the long term well-being of the game.