Respawn Entertainment has built a reputation for their creative knack within Apex Legends, even inspiring one fan of the battle royale to creative life-like 3D renders of some fan-favorite Legends.

The creative efforts implored by Respawn have encouraged community engagement — from Wattson skin concepts to the idea of buffing Crypto’s abilities, there is no doubt that Respawn have captivated a loyal fanbase. 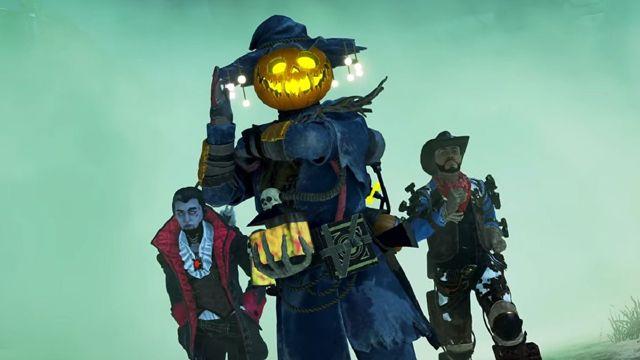 The Fight or Fright event is just one example of Respawn’s creative efforts in Apex Legends.

Indeed one of the Apex faithful has been impelled to a point where they have expressed their talents through creating ‘statues’ of some of the game’s Legends.

Twitter user, Jacemnk1, took inspiration from the in-game lore associated with each character during the creation process: “Gibraltar as a statue made out of volcanic sand. To pay tribute to his Polynesian heritage, I picked volcanic sand as a material for him.”

Legend Statues Part 2.
Gibraltar as a Statue made out of Volcanic Sand.
To pay tribute to his polynesian heritage i picked volcanic sand as a material for him.
Clayrender: https://t.co/d1ntRuZmok@PlayApex #ApexLegends #blender3d pic.twitter.com/GcJUec9l6H

The artist’s 3D render was even featured in the ‘Behind the Voice’ video, which showcased a plethora of fan art to pay homage to the community interaction.

Having received praise from the community, Jacemnk1 has created more 3D concept pieces, each with their own unique twist inspired by the Legends’ in-game persona.

Jacemnk has brought Bangalore, Lifeline and Octane to life with their renders.

Each piece incorporates distinct character quirks as part of the final render, and fans have lapped up each effort, with some even requesting for their own to be commissioned.

Weta Workshop have already created identical 3D editions of some characters in their iconic poses. Although, given the interest that these 3D renders have received, there could be scope for Respawn to incorporate something to a similar effect for fans to acquire in a bid to commemorate their favorite Legends.