Will Apex Legends ever get Solo and Duo modes? - Dexerto
Apex Legends

Will Apex Legends ever get Solo and Duo modes?

Respawn’s new battle royal title is officially live, allowing teams of three to jump into the battle and go head-to-head as they attempt to be the last squad standing, but unlike other BR’s there is no solo or duos modes – yet.

Apex Legends released on February 4 after a huge livestream reveal, and is available for free on PS4, Xbox One and PC.

While the game may have only just released, players are already looking forward to updates for the game, including one major update that would give fans of the game more ways to play Apex Legends.

Players can currently only play in teams of three.

At the time of writing, Apex Legends only offers one way to play the battle royale title, which is in teams of three.

However, a leak, which claims to be from the game files of Apex Legends on PC, suggests that solo and duo modes are coming soon.

Twitter user @ApexUpdate claims to have found evidence of this code, and shared it online.

It should be noted, that this “leak” could very well be fake. 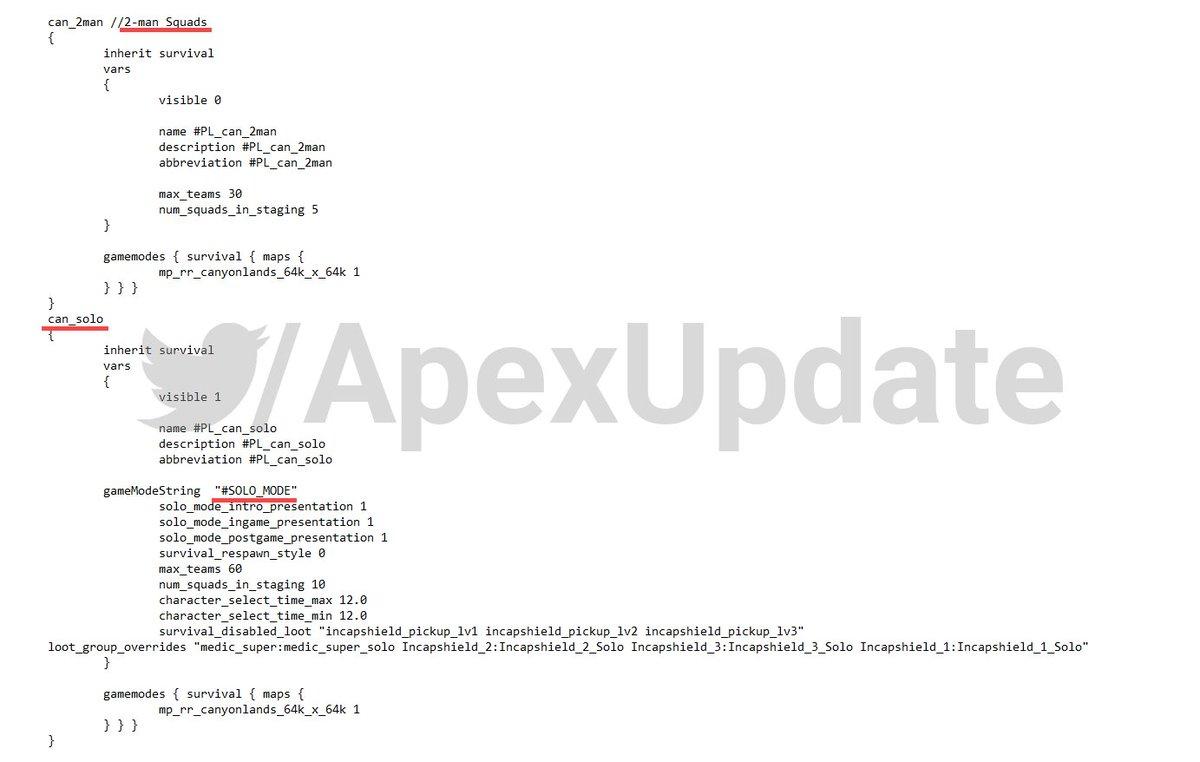 Many players are obviously keen for Respawn to introduce solos and duos matches to Apex Legends so that they are not required to play with random teammates, if no friends are online.

While there has been no official announcement as to whether we will see an inclusion of these game modes, Respawn CEO Vince Zampella did give a hint that suggests we may see them in the future, responding to a fan who offered to bring the Respawn development team donuts in exchange for a solo playlist by asking if he would bring “any kind” of donuts.

While there are currently no official plans for additional squad sizes to be added to the game, it’s always possible that Respawn will listen to the feedback of their player-base and include them in the future.

It is undoubtedly the most requested feature at the moment, so Respawn will surely at least be considering some new playlists.