Apex Legends players discover the true value of the Hammerpoint

Apex Legends features an extensive arsenal of weapons capable of mowing down opponents, and some people are starting to see how effective the Hammerpoints can actually be.

There’s been a ton of changes to Apex Legends’ meta since the game launched on February 4. In the game’s first competitive environments, the Wingman was by far the most popular gun for pros to take with them throughout a given match.

Even though certain weapons can rise to prominence, there are tons of combos that go under the radar for a lot of players – leading to a ton of missed opportunities when deciding which loadouts are best.

In a Reddit post, user ‘aaron994’ highlighted just how much damage they can deliver with a P2020 equipped with the Hop Up attachment, Hammerpoint.

Although brief, the clip shows the player getting EMP’d from Crypto’s ultimate, but soon after they lock onto a nearby foe and unleashed with the empowered pistol.

Aaron noted that the “Hammerpoints are underrated” and they definitely have a point, seeing how fast they shredded their foe.

In five landed shots, they were able to deal 176 damage to the other player which was enough to get a quick kill before retreating back to safety.

For those unfamiliar, Hop Ups come in different varieties, with the Hammerpoint being specific to the P2020 and Mozambique shotgun. 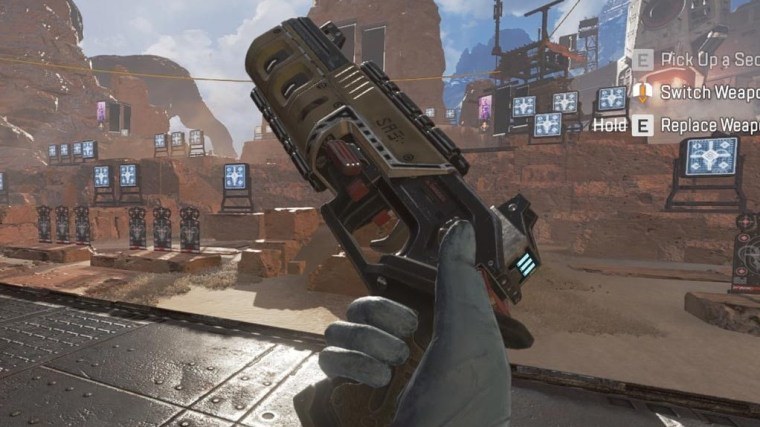 The Hammerpoint can even make the Mozambique a usable gun.

Equipping the attachment to the pistols will give the weapons a buff to the damage they deal to unshielded targets.

A ton of players are already familiar with how much the attachment reinvents the Mozambique, which was at one point notorious for being the worst weapon in the game, and it also has a huge effect on the semi-automatic pistol.

As seen in the clip, it took a few bullets to break the opponent’s shield, but after that the Hammerpoint made quick work of the exposed player.

While players should definitely have a reliable primary weapon in their loadout, a Hop Up’d P2020 is definitely nothing to scoff at when at short to mid-range considering its tight bullet spray.