Apex Legends received a lot of praise for their Season 2 reveal at EA Play 2019, but it wasn’t all good, as some fans believe the new Caustic skin might have been lifted from another design.

Adding skins into battle royale titles is a very simple way to monetize them, as seen with Epic Games and Fortnite Battle Royale. Apex Legends is trying to do a better job of implementing that but it looks like they have found themselves in a bit of hot water.

The new Caustic skin that was revealed at EA Play might have been inspired by an artist’s creation, with some similarities pointed out by fans. 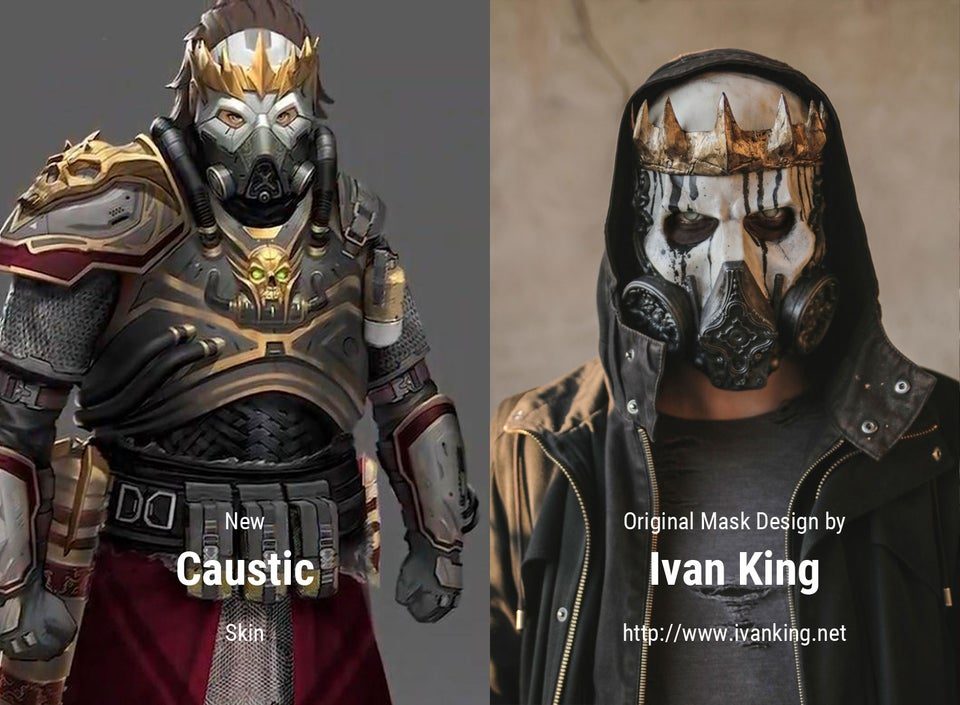 Are these skins eerily similar?

Did Respawn steal the skin?

It’s impossible to know the exact intentions of the developers when things like this happen, but some fans, and even the artist themselves have highlighted the likeness.

Reddit user Dingdongdelongwong posted a side-by-side of the two images to show their similarities. The mask and crown are pretty hard to ignore in this case, leading many fans to argue Respawn just lifted the design from here and incorporated it into the new skin.

Ivan King, the designer of the mask and crown look, also tweeted to Respawn to ask for an explanation.

Neither Respawn or EA have commented on the design at the time of writing.

Apex Legends Season 2 starts July 2 and with it comes the new Battle Pass, a ranked mode, the new L-Star SMG and a new Legend in Wattson.

This means fans still have a roughly a month to wait for the new content so they’ll have to sit tight and continue grinding out Season 1 in the meantime.