Respawn Entertainment have responded to an absurd glitch in Apex Legends which traps players on a ledge in World’s Edge.

Apex Legends has been a huge success since its release at the beginning of the year. After innovating the battle royale genre with brand new in-game features, Respawn have had to tackle a host of bugs that have affected their player-base since the get-go.

From bullet registration issues (due to Apex Legends’ netcode issues) to map glitches that make World’s Edge disappear, the battle royale has had its fair share of bugs to deal with in recent times. 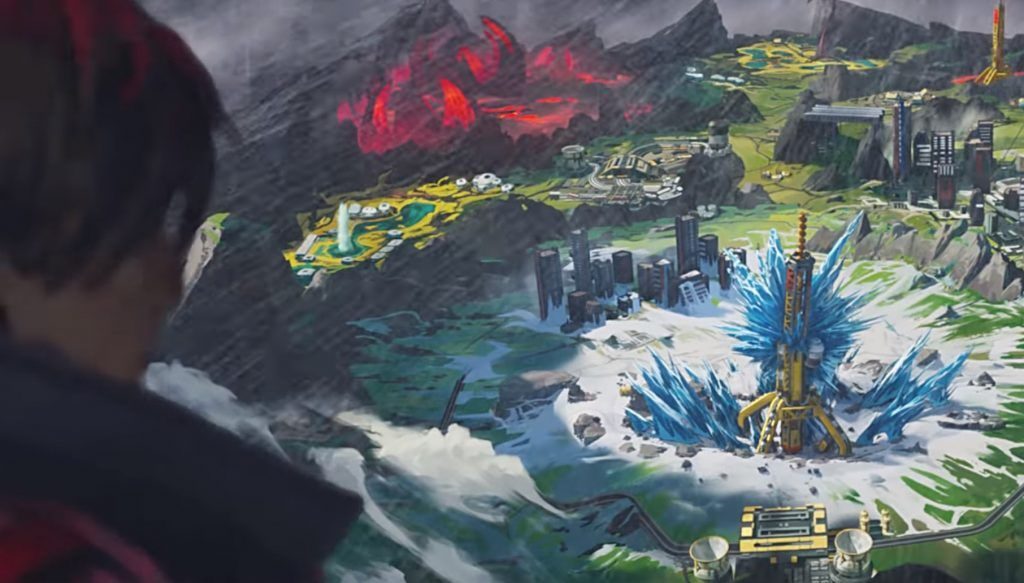 World’s Edge has seen plenty of bugs since it release in Season 3.

Despite all of Respawn’s efforts to overcome the plethora of issues, more appear to be surfacing as patches continue to be rolled out.

Reddit user, Ryoteck, has posted their discovery of another map-related bug, which appears to trap players within a confined place near ‘The Epicenter’ on World’s Edge.

Posted to the Apex Legends subreddit, the player was trapped on an icy ledge with no means of escape. After trying to crouch-walk their way out of the invisible tunnel that appeared to have formed around them, they’re seemingly barricaded in.

You can get stuck on this ledge. If it wasn’t for Pathy I wouldn’t have made it out from apexlegends

Luckily, their teammate (who was running Pathfinder) was able to scale the frozen rockface and melee their teammate out of the ledge, propelling them to the ground.

However, should the squad have opted for another Legend other than the friendly MRVN robot, they would have been left in a sticky situation.

Since the squad were in an endgame scenario in a ranked match, the stakes were higher. An Apex Legends developer under the alias ‘Monsterclip’ responded in less than three hours of the post going live, stating: “We’ll fix! Thanks.”

Since The Epicenter has a varied terrain, another user commented: “There are actually a lot of spots you can’t get out off at the epicenter without the robofriend,” issuing more of a reason for the issue to be resolved sooner rather than later.

Plenty of Reddit users praised Respawn’s effort to interact with the battle royale’s official subreddit, in the hope that continued moderation will increase the turnaround time on fixing these pesky bugs.

At the time of writing, no notes have been added to the official Apex Legends Tracker, meaning that the issue is still yet hit Respawn’s radar and make through the official channels.