Respawn Entertainment have released a major update in Apex Legends that implemented changes to the progression system, added friendly fire in Firing Range, and much more.

This December 3 update is one of the biggest patches released in Apex Legends since the start of Season 3: Meltdown in early October.

In addition to the progression changes and friendly fire in Firing Range, the update also added 36 new Gun Charms, implemented numerous quality of life improvements and bug fixes, a slight change to Knockdown Shields, and an adjustment to Wattson’s Trophy System.

This update was actually slightly delayed by Respawn, who initially announced that it had been canceled but later decided to release it on PC only. Players on console had to wait an extra day for the patch to be available after their developers worked “all night” to release it, according to Respawn.

A full breakdown of everything in this patch is included below, including all of the changes, additions, and the full patch notes.

We're happy to report that the patch for consoles has also gone live. Players can now enjoy progression updates, friendly fire in Firing Range, and more across all platforms.

Thank you all for your patience with this one. Apologies for the delay!

For the first time in a long time, Respawn have made huge changes to the progression system in Apex Legends. The level cap has been increased from 100 to 500, with the XP required to hit level 100 reduced by about 5% to “smooth out per level XP increases.”

As for what this means in terms of rewards, players will be able to earn up to 199 Apex Packs by reaching level 500, a massive increase over the previous maximum of 45 Packs.

Here’s the rate at which these Packs will be earned: 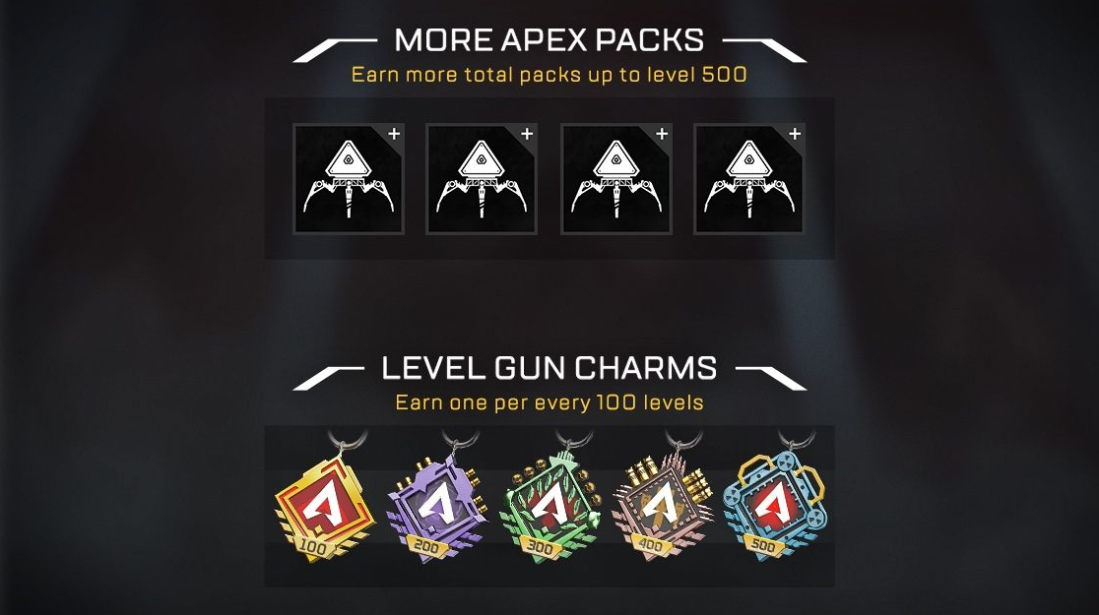 Thanks to the level cap increase, Apex Legends players will be able to earn more Apex Packs and new Level Gun Charms.

The addition of Firing Range as a replacement for the previous training area in Apex Legends was very positively received by the player-base.

Now, following the December 3 update, friendly fire has been enabled in Firing Range, allowing players who load in together to shoot at each other and inflict damage.

This feature was highly requested by the community because it considerably expands the use of the practice arena, since players can now 1v1 each other and practice against live competition outside of regular matches.

It will be offered as an option, so those who do not want it enabled can simply turn it off in the settings.

Friendly fire in Firing Range means that players will now be able to battle each other outside of regular matches.

Secondly, the healths of the gray Common shield and blue Rare shield have both been increased:

There was one slight nerf made – players will now move slower while their Shield is active, with the movement speed reduced from 0.65 to 0.55. 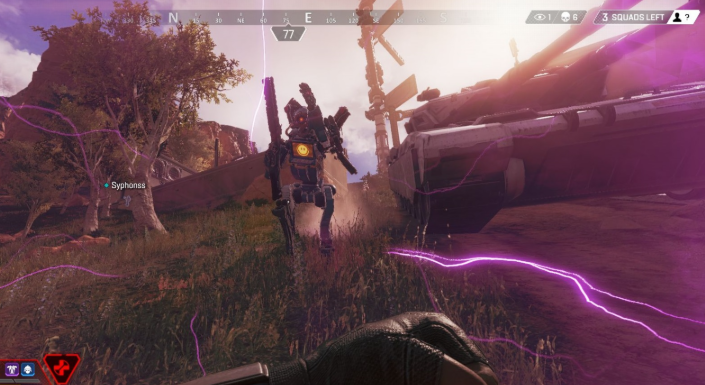 Here are the full patch notes, as provided by Respawn on Reddit:

We’ve heard feedback loud and clear that the Peacekeeper is still feeling too powerful after latest changes. We are working to push out more tweaks to address it ASAP and will post details on timing and what those changes will be soon.