Prominent Apex Legends dataminer That1MiningGuy has found information that suggests fixes for the controversial Muzzle Flash mechanic could be on their way soon.

Since the early days of Apex Legends, Muzzle Flash has always been one of the most complained about features in the battle royale. However, despite months of negative feedback about it, Respawn still haven’t done much to address it.

Even now, players continue to be frustrated by the bright light that emanates from their weapons when shooting, which can severely affect accuracy and vision during gunfights. 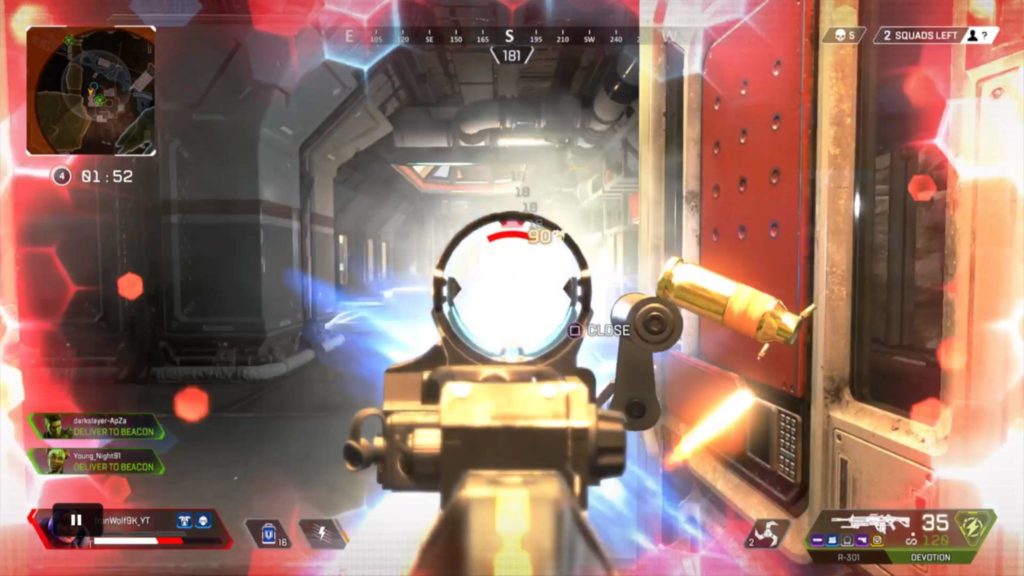 Muzzle Flash can be borderline unbearable at times in Apex Legends.

However, that could be changing soon. According to That1MiningGuy, one of the most trusted sources for Apex news and leaks, Respawn could be working on a way to implement some improvements.

While he does make it clear that nothing is 100% certain yet, he’s apparently found enough information in the game’s back-end files that there’s some Muzzle Flash testing going on.

“So I’m seeing some indications in the cod that Muzzle Flash is being looked at / adjustments are being tested,” he tweeted. “Nothing too concrete to post yet, but can see that they’ve tested on it.”

So I'm seeing some indications in the code that Muzzle Flash is being looked at / adjustments are being tested. Nothing too concrete to post yet, but can see that they've tested on it. 🙂

He went on to reveal that Respawn could be considering tying Muzzle Flash with the suppressors, which he says is the codename for the game’s Barrel Stabilizers.

Essentially, the higher tier Barrel Stabilizer you have equipped on your weapon, the less of the annoying light you’d have to experience.

As for the guns that don’t have a slot for that attachment, the devs would just lower the flash by a uniform amount. 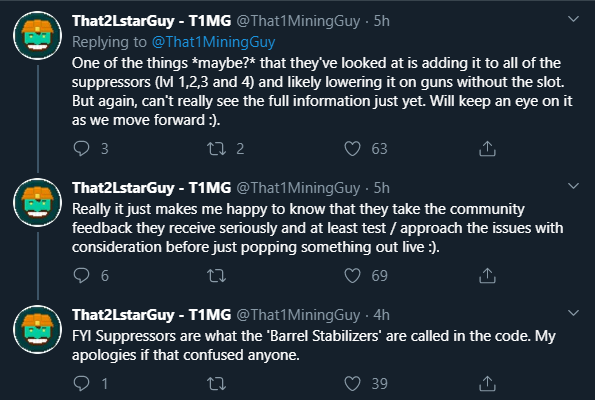 This isn’t the first time we’ve heard that improvements to Muzzle Flash might be coming soon. Back on January 10, Respawn producer Josh Medina revealed that they were “adjusting it,” and the reason why it was taking so long is that it’s “a deeper issue than expected” and they want to “properly fix instead of half-ass it.”

While it’s clear that nothing is set in stone yet, the fact that there is some activity going on is undoubtedly a positive sign. As That1MiningGuy said in his tweet, it’s nice to see the devs acting on community feedback, even if it’s for something that’s long overdue.

As always, we will continue to bring you the latest details as more information becomes available.