An entire Apex Legends lobby was hit with a bugged dropship which forced players to spawn in the exact same spot – seeing as the craft wasn’t even moving.

Respawn Entertainment’s battle royale has been a hit with millions of players since it’s February 4 launch. But since its release, there’s been a ton of bugs found throughout the game which has put a damper on players’ matches.

Even though the devs are quick to address the issues in their game, some players have been having a fun time encountering bizarre instances of bugs in Apex – which can appear in pre-match lobbies, to moments before dropping into a game. 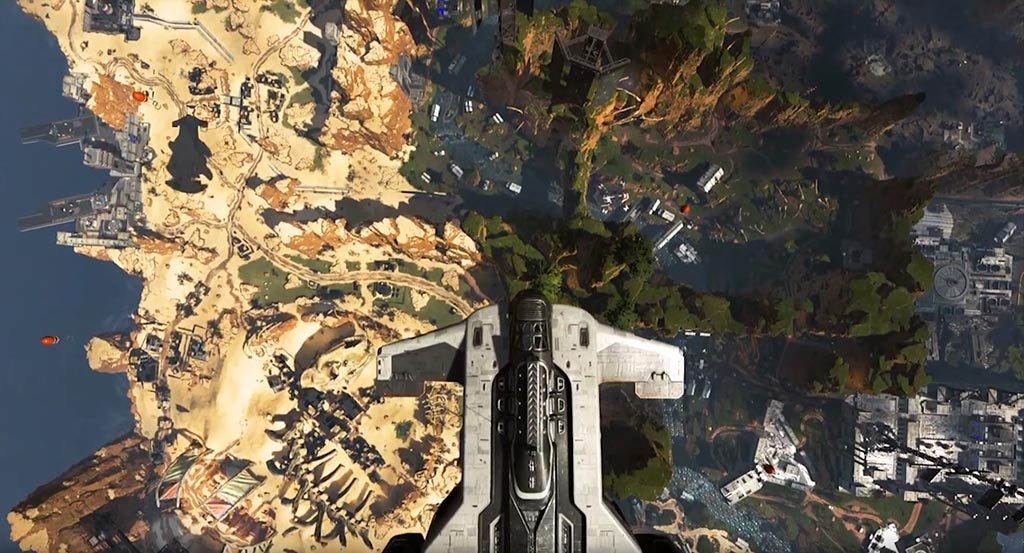 The dropship glitch put players in a strange predicament: either die off quick or attempt to reach World’s Edge from far away.

Recorded by Reddit user ‘GlacialSun,’ the dropship glitch held players hostage seeing how the match was beginning, but the vehicle wasn’t moving across the map.

As players know, the ship goes in a linear trajectory through World’s Edge which lets players hunt and calculate where they’d want to land to start out the match.

But once the game’s 10-second countdown started tick, everyone quickly saw that there was something amiss.

“W-what?” one player can be heard saying since their camera wasn’t registering any movement.

“Yeah, I think it crashed,” another player surmised, seeing as that would have had to be the only possible reason for the perspective to be at a standstill.

But as soon as the timer hit zero, players started launching out of the dropship even though the carrier was still a ways away from the World’s Edge map.

“Are you f**king joking? What the heck,” one person said as flurry of contrails flooded their screen as players attempted to reach the landmass, or opt for a quick death to get into another game.

Judging by the end of the clip, it looks like there were some players to reach the actual map to get the game started in some capacity.

Though there were already more than 10 players out of the game, seeing as the game was bugged to begin with.

As comical as the situation was, it’s another instance of a dropship bug that the Apex Legends devs are sure to address sooner than later.