The Apex Legends store was recently met with a brand new Black Friday sale. Despite the newly updated microtransactions however, the community could not be more divided over the current pricing structure.

The gaming industry is no stranger to promoting Black Friday sales throughout all manner of ongoing online titles. Respawn Entertainment’s popular battle royale is no different as the in-game store was updated on November 26 to promote a new assortment of deals.

As recent leaks indicated, there would be no exclusive game-mode for the limited-time event, rather, the first-ever Black Friday celebrations for the 2019 hit would focus on updating the store and the store alone. Evidently, this has left a bad taste in the mouths of dedicated fans around the world. 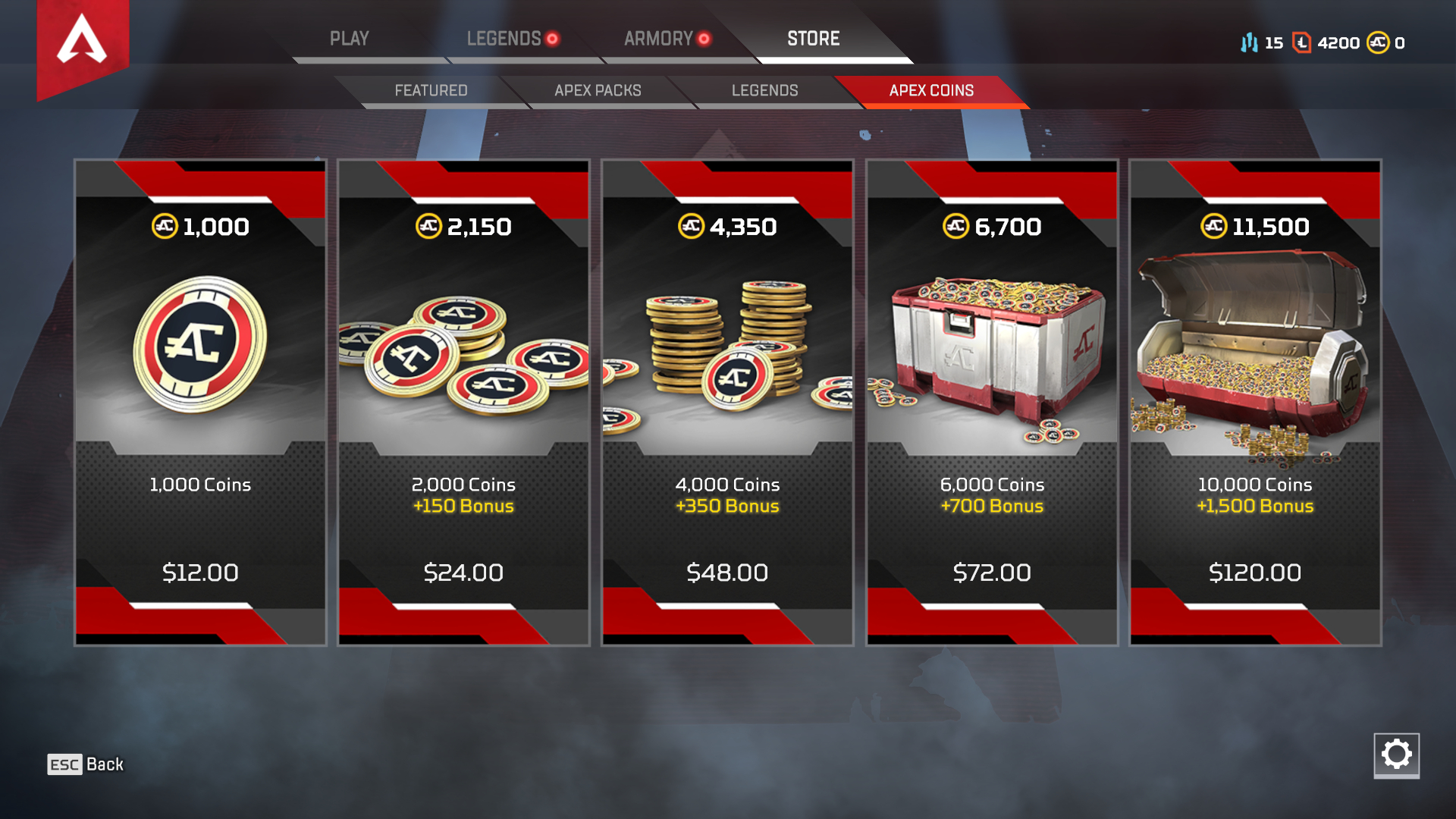 A look at the cost of the in-game currency in Apex Legends.

Updated ahead of the real-world sales shenanigans on November 30, the Apex Legends sale is accessible for a period of nine days with the exclusive deals coming to an end on December 5.

Featured in the newly refreshed store are two unique character skins and three tiers of increasingly expensive Apex Pack Bundles. One of which guarantees two Legendary-tier items for 1,000 Apex Coins.

Additionally, the Legendary Octane skin is the only item that is set to refresh ahead of everything else in the Black Friday sales. As the clock ticks over to November 30 the skin will seemingly disappear and introduce a new exclusive cosmetic item in its place. 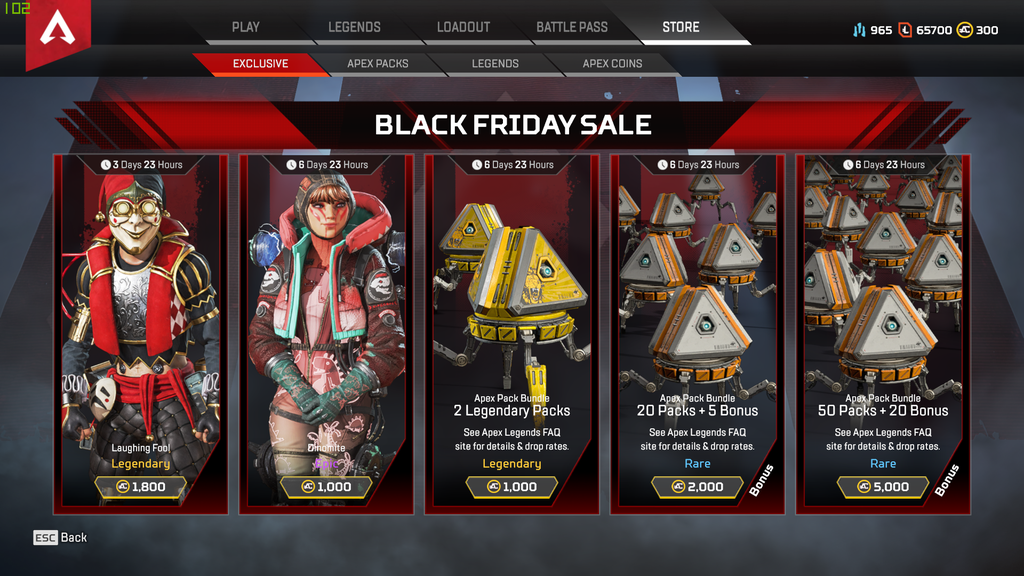 The Apex Legends Black Friday sale will be available until December 5.

From an Epic Wattson skin to a bundle of 70 Apex Packs for 5,000 Coins or the equivalent of more than $50, the Black Friday sale has seemingly fallen short of community expectations.

“What a joke. Two full-price skins and some pack bundles. Nice sale [by the way]” one disgruntled player chimed in on Reddit, highlighting that the skins are of an equivalent cost to any other vanity items in the game despite being released for the limited Black Friday festivities.

“Was really hoping for something exciting like a huge shop with a bunch of returning recolors and such. This is just f*cking lame.

Just one of many disgruntled fans reacting to the Black Friday refresh.

Despite the lack of a major influx of new cosmetic microtransactions, certain dedicated players have been a little more understanding of the refresh.

Offering a more pragmatic response to the Black Friday update, Reddit user ‘lessenizer’ argued that “these prices aren’t even that good by “Black Friday” standards at all. But, the Octane skin is cool and as long as the game’s getting funded enough to keep existing I have no real beef with the pricing.”

As a Free-To-Play title, there’s no denying that Respawn Entertainment earns its keeps through the steady flow of purchasable items. Evidently, select fans are content enough to support the developers even through full-priced skins during what is supposed to be the biggest sales period of the year.

One of the more level-headed responses to the Black Friday drama.

There’s no telling quite what will take the place of the Legendary Octane skin in a few days time, however with just a single changeover on the way, it seems as though there will be no appeasing the most dedicated Apex Legends players throughout this Black Friday.

Fortunately, a brand-new update is targeted for December 3 and aims to cater to the avid player-base hungry for more items to chase.