Apex Legends players are still getting to grips with the new World’s Edge map in Season 3, but, we’ve got five tips and tricks that you may not have known.

After weeks of leaks, teasers, and random speculation, Apex Legends players finally got their hands on Season 3: Meltdown on October 1 as Respawn Entertainment added new legends, new weapons, and a raft of new cosmetics.

The biggest change, however, came in the form of a new map. World’s Edge replaced Kings Canyon – which had been around since the very beginning – as he game’s sole backdrop. Even though it’s been in-game for two weeks, at the time of writing, fans are still finding useful tips and tricks on their way to scoring wins. So, here are five tips you might not have known about.

Apex Legends fans are no longer running around Kings Canyon in search of a win.

World’s Edge has a handful of city locations that contain plenty of buildings that can be looted and used for close-quarters combat.

Of course, you could run up a huge amount of stairs and hope that no one is lying in wait — or even pop a Pathfinder zipline if it is available to you. However, you can also climb them from the outside, provided no one is watching, for an easy flanking maneuver.

Pretty much all you have to do is jump up to each metal bar that looks like a tiny ledge to stand upon. There is just enough room to reach one, so be patient and aim for the right spot.

incase you didnt know about climbing in capitol from r/apexlegends

One of the newest features introduced in World’s Edge was the Train that follows a route around the map and can give you a helping hand in getting about quickly.

However, there is much more to the train than just being able to pick where you want to go by stopping and starting. There is also a lot of loot up for grabs once it rolls into a station, as ‘secret’ loot bins will appear from below the floor.

Crypto’s EMP can be used through walls

Crypto was the newest character to join Apex Legends with the start of Season 3, and has already changed the game’s meta with his EMP ultimate — and there is a sneaky way to set off the devastating charge as it can go through walls.

If you want to clear out a building, simply set the Drone down next to a wall, and charge up the EMP. The blast will go through the buildings and affect everyone inside — presenting the perfect chance to score some easy kills. 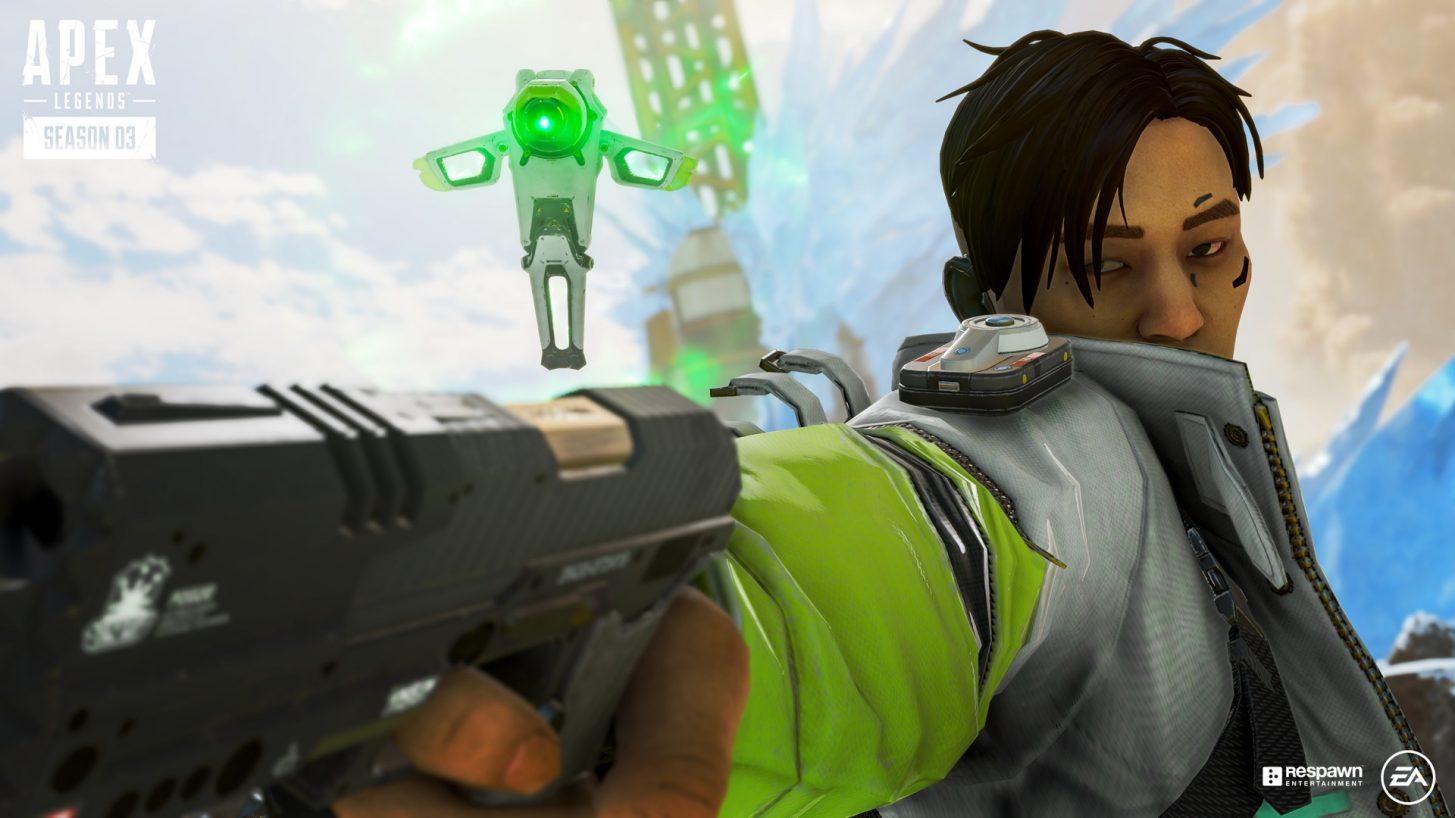 While most teams are heading to Capitol City, Sniper’s Ridge, and Thermal Station, the smaller named locations present good looting opportunities; even if the game says otherwise.

One of these is Overlook (on the far right-side of the map). It has a few spread-out buildings that have long sight-lines if anyone else drops near you, so there are chances to fight. However, we’re focusing on the secret town just outside the map.

The tunnel, which leads to a set of train tracks, has some of the game’s most secluded loot bins on either side of the tracks. You might be testing your luck with the circle by heading here, but you’ll be pretty safe for a while if it falls in your favor.

Cargo Drones have gold loot but are easily spooked

Loot can also drop from the sky in Season 3,  by means of the Cargo Drones that fly around.

These do, in fact, change color from blue, to purple, and finally gold, which represents the tier of loot inside. So, you don’t have to take them down quickly if you’re starting off. Although, you will want to make sure that you’re shooting the drone and not the ball, as doing otherwise will cause it to speed off.

So, there you have it, five tips and tricks that may have not known for World’s Edge in Apex Legends. They won’t guarantee wins, but that’s just the nature of the game.

Regardless, you’ll still be able to impress teammates and outgun enemies if you follow along, so make sure to test out your new-found knowledge in-game.