The massive update that launched Apex Legends Season 4: Assimilation also included balancing changes for many of the game’s weapons and two of its Legends.

The highly-anticipated Season 4: Assimilation finally released in Apex Legends on February 4, and it came as part of a large update that made some major changes to the map, weapons, Legends, and other facets of the game.

Respawn implemented tuning adjustments to a whopping 10 different weapons, as well as a significant update to iron sight accuracy for 14 guns in total. As for Legends, there were only two affected: Bloodhound and Crypto. 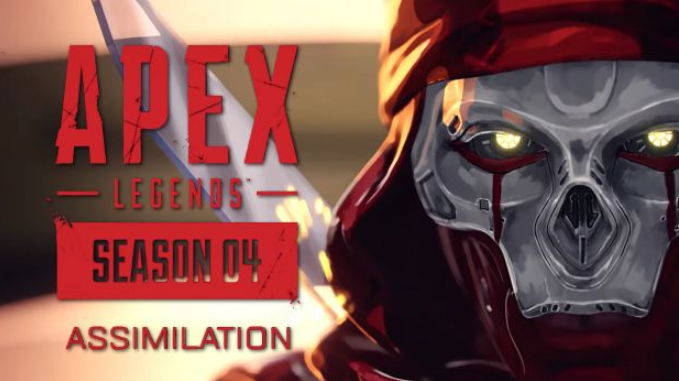 Season: Assimilation is the fourth chapter of Apex Legends.

A full breakdown of these changes can be found below, as well as the information provided in the official Season 4 patch notes.

Respawn devs noted that their plan behind the massive weapon balancing changes aimed to “reduce the power of some weapons that seem too strong and give a little boost to some weapons that haven’t been performing as well as we’d like.”

First and foremost, the issue of some weapons’ iron sights being inaccurate was addressed with an important fix. Prior to this, the iron sights of some guns would not stay centered, and thus cause shots to be inaccurate, which is no longer the case in Season 4.

The weapons that were affected by this are: 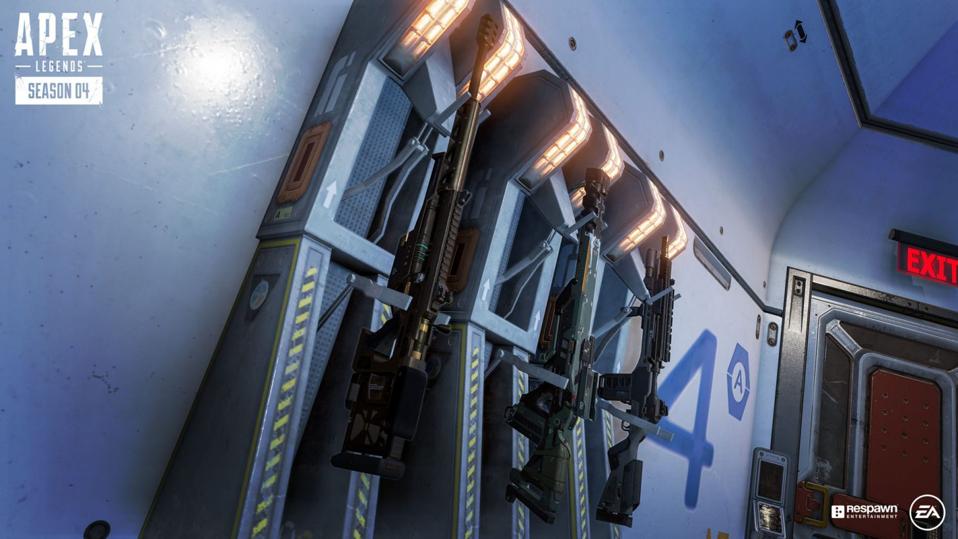 The iron sight fix helped improve the accuracy of over a dozen weapons in Apex Legends Season 4.

Aside from the iron sights, the update also made balancing changes to 10 different guns. We’ve provided a brief summary of each weapon’s changes below:

The Devotion LMG is only available in crates following the Season 4 update.

Respawn also made some adjustments to the type of weapon-related loot that was available on the map. First, they added a new type of ammunition called sniper ammo, which will be used by the Longbow DMR, TripleTake, Charge Rifle, and the brand new Sentinel sniper rifle.

This new ammo, which will have 10 shots per pickup, was added with the idea that players must now be more “careful about the shots they take and limit how long they can pressure targets at long range before having to reposition.”

As for the rest of the changes, energy ammo now gives 30 rounds per pickup instead of 20, while the Turbocharger hop-up and extended mages for energy ammo were both removed.

The new Sentinel weapon is one of four sniper rifles that will use the new sniper ammo in Season 4.

Unlike the weapons tuning, which saw a slew of different guns get adjusted, there were not nearly as many Legends affected by the Season 4 update, aside from Bloodhound and Crypto.

Bloodhound can now add five seconds to his Beast of the Hunt timer for each player downed (not killed). This makes it possible to exceed the initial starting time if a player is able to successively down several enemies.

For Crypto, his EMP no longer destroys friendly Gibraltar Dome Shields, which also no longer stick to Crypto’s drone.

The section of the patch notes regarding weapon and Legend balancing can be found below. For more information about the new update as a whole, you can check out the full Apex Legends Season 4 patch notes here.

Designer Notes: We want to shift up what weapons are the strongest. Also, we’re aiming to reduce the power of some weapons that seem too strong and give a little boost to some weapons that haven’t been performing as well as we’d like.

UPDATE TO IRONSIGHTS ACCURACY – Apex guns move around subtly while ADS — they rotate and sway as you move your aim, they bob up and down and side to side while moving, etc.

We have special tech that makes sure the reticle on the optics stays centered even as the gun moves around a bit. However, until season 4, the ironsights on weapons didn’t have this tech. That meant that the ironsights reticles could move around with the weapon and actually be slightly inaccurate — they wouldn’t point at the screen center where the next shot would fire. With season 4, we have updated most of the weapons’ ironsights to properly stay centered now. Not all ironsights are upgraded yet, but we will be updating the remaining weapons as this season progresses. The weapons that will be updated for Season 4 are:

Designer Notes: The Devotion was chosen to go into the crate for a couple of reasons. Mainly 1) it is an energy ammo LMG, and so is the L-STAR and 2) data shows us that a fully kitted Devotion is actually one of the strongest weapons in the game, and could work at crate power level. Removed from normal loot pool and is now a crate weapon.

Designer notes: With the removal of turbocharger, we wanted to buff the base havoc. Most notably, we are reducing horizontal recoil and making it easier to control.

GOLD WEAPONS UPDATE The following will be the new set of Gold Weapons for Season 4: