During day two of the Rocket League Summit, two teams were hashing it out in a 3v3 All-Star game when one of the casters made one of the craziest goal predictions you’ll ever hear.

The Rocket League Summit is Beyond The Summit’s first ever event involving the rocket-powered cars, and took place between August 16-18.

One of the casters made a shocking goal prediction during a 3v3 All-Star game between the Baguette Boys (Kaydop, Rizzo, Kuxir97) and the Muffin Men (Squishy Muffinz, jstn & Kronovi) and it ended up coming true, right down to the wire.

During the August 17 broadcast, Muffin Men were leading with a score of 2-0 against the Muffin Men when one of the casters asked “So Liefx, when is the goal happening?”

“Uh, it’s around, like… I’ll tell you, right, hang on,” the analyst replied. “Go on, give us a time on the clock,” another broadcaster replied. 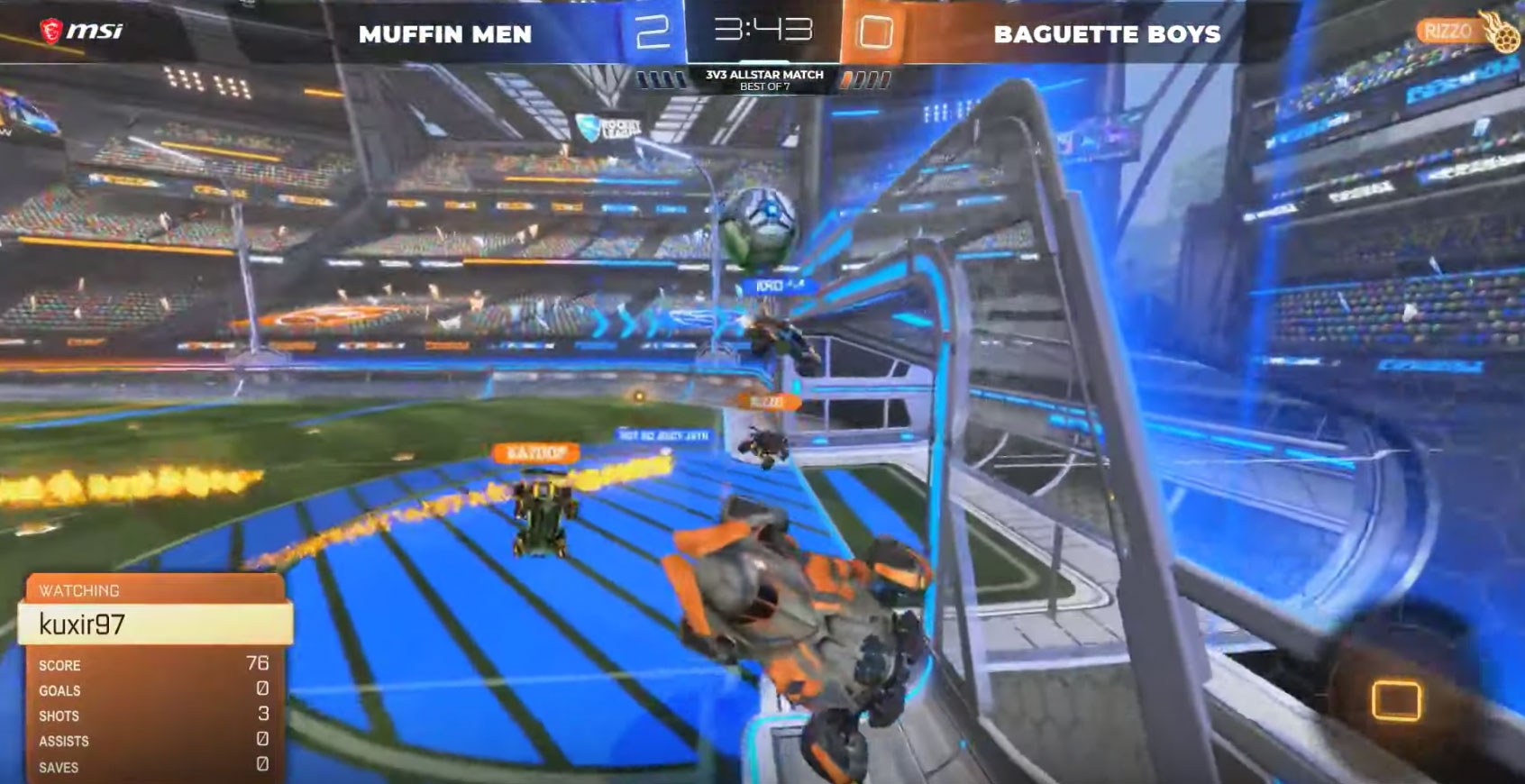 The prediction happened during a match between the Muffin Men and Baguette Boys.

Tensions heated up as the two teams tried and failed multiple times to score a goal, coming incredibly close but never netting it.

It looked as though the prediction wouldn’t come true, as the ball bounced around the arena, hitting the top of the goal and being saved by opponents just before going in.

Suddenly, jstn managed to hit the ball into the opposing goal with the tip of his car right at the 3:37 mark as predicted.

The casters went wild. “LISTEN! LISTEN! LISTEN TO ME!” the one who made the prediction shouted over the cheers and laughter of the others. “I TOLD YOU! 3:37!”

It’s not the only strange occurrence in Rocket League recently

While the caster’s prediction was spookily on-point, it wasn’t the only weird thing to happen during a Rocket League match recently.

FC Barcelona player Aldin ‘Ronaky’ Hodzic was in the midst of a match at The Brawl Week 2 with Francesco ‘kuxir97’ Cinquemani, and Pierre ‘Turbopolsa’ Silfver on July 26 when he detailed a shocking conspiracy theory he’d thought up.

“I think the moon has melted your brain,” Ronaky said after the squad let a goal in. “The moon is getting warmed by the sun, right?” he continued after his team were audibly confused by his statement. “And the moon is like a rock, or like iron. So technically, we’re on a grill.”

“You know the crafting material in Minecraft, iron, right? It gets warmer,” Ronaky explained. “The rock is warming us because we’re like on a grill. So we’re basically a salad with like, uh, water and stuff. It’s actually a conspiracy theory I’m working on. I’ve thought about it for at least five hours now. It’s gonna evolve.”

Rocket League first gained traction when it was included in Sony’s PlayStation Plus lineup in July 2015. Since then, it’s become a hit in the pro scene, with multiple tournaments being held every year.