Kate Mitchell, General Manager of the new Washington D.C. Overwatch League team, responded on Twitter to claims about her management posted in a video by Youtuber MykL, calling it ‘bad for every person involved.’

MykL posted the Youtube video on September 18 and Mitchell responded via Twitter later on in the day.

“MykL’s video is riddled with errors, presented irresponsibly, and was posted without request for comment from the subjects,” Mitchell wrote. 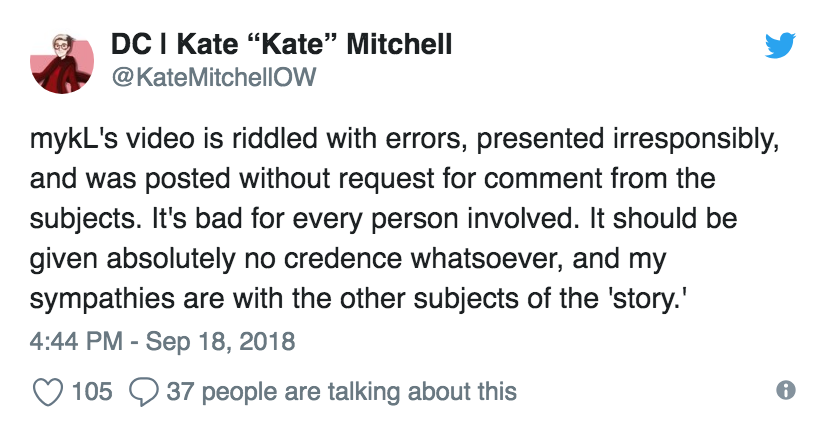 In the video mykL claimed Mitchell had offered positions to various Overwatch players, coaches and staff, then not followed through on those offers later on.

“It should be given absolutely no credence whatsoever,” Mitchell tweeted as part of her response. 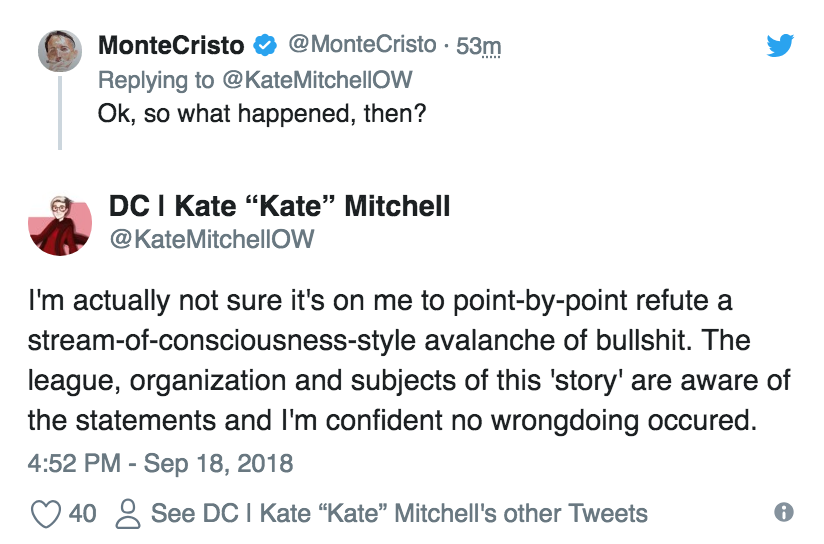 Washington D.C.’s expansion slot in the Overwatch League was announced in early September, and Mitchell was named General Manager soon after.

Mitchell has worked as manager for several Overwatch teams including Last Night’s Leftovers in Contenders and Kungarna.

MykL used to be on the roster for Kungarna, which means he and Mitchell know each other and have worked together in the past.

Update: Mitchell has since responded to the claims made in the video.