Blizzard have released a teaser February 21 for what many are suspecting to be an announcement for hero 30 to join Overwatch’s long list of combatants.

Although brief, the teaser’s video showed a hack taking place that bypassed a Talon firewall. The information shows a bunch of numbers and keywords, with a brief mention of a “Trung Le Nguyen.”

Another part of Blizzard’s tease was an exchange between fictional characters F. McManaway and T. Nguyen that revealed a log by “Captain Cuerva, D.” who led a strike team that had since gone missing.

The strike team was looking for a deserting Talon medic named Jean-Baptiste Augustin in Port-de-Paix, Haiti.

The transmission was the final message from Cuerva to Nyguyen before the strike team engaged their plan to either retrieve or eliminate Augustin. 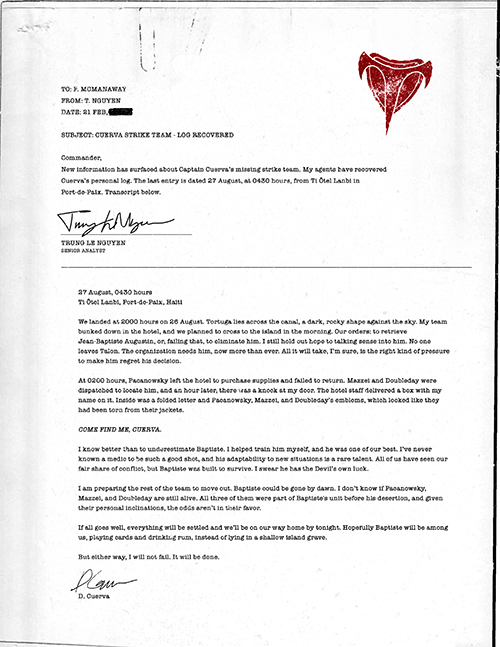 Even though there are many names thrown out in the document, some fans are speculating the video itself is a clue for the hero, pointing to another hacking agent, much like Talon operative Sombra.

The teaser is already sending fans to wildly rummage through lore as they attempt to find any information on the images given in the teaser. Similarly, other fans have started to dissect the various numbers and codes the teaser seems to be providing.

No release has been announced just yet, as Blizzard might be giving their fans a little while to try to figure out as much as they can about the new character.