The March 2 edition of Madden Ultimate Team drops yielded two of the better quarterbacks to hit the game to this point, and also provided PS4, Xbox One and PC users with the second stock 99 Speed card in the game.

Of course, it wouldn’t be a content drop without at least one running back being included, as the bloated position added another top-end name in the form of Walter Payton. 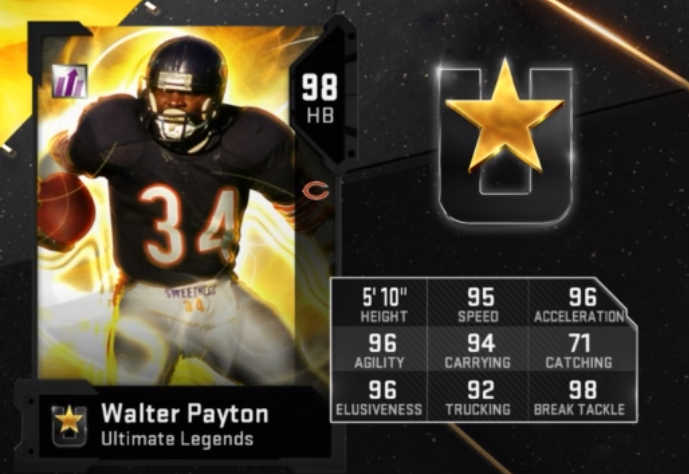 With the abundance of Rookie Premiere Saquon Barkely’s available and a fully powered-up Ricky Williams also providing a top-end option for those willing to grind, the need for any running back to be released in a given week, much less four (Chris Johnson, Christian McCaffrey, Jerick McKinnon and now Payton) is altogether exhausting and frankly, neglectful.

Payton certainly isn’t a bad item, as 95 Speed is quite generous compared to some of the Legends cornerbacks and linebackers released in recent weeks, but it’s hard to believe anyone but Bears fans will be excited for this item at this point in #MUTSeason. 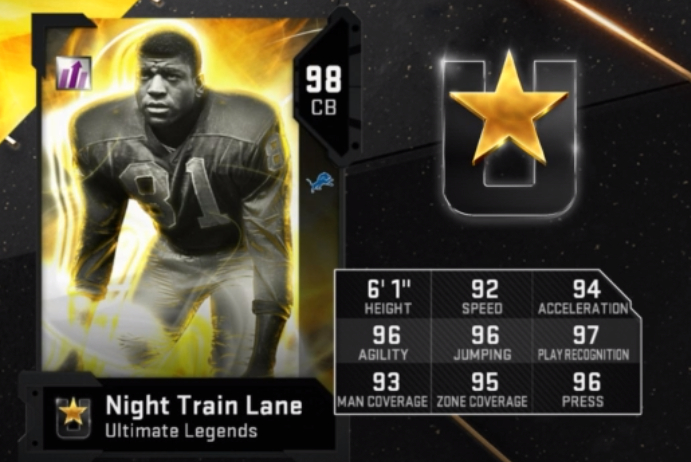 Madden fans SHOULD be excited for Night Train Lane, but the aforementioned baffling decision to nerf defensive Legends speed makes the former MUT fan-favorite a frustrating example of EA’s unwillingness to listen to the fanbase.

There is no legitimately understandable reason why Night Train Lane should have 92 Speed, with all but one other 97 or higher overall cornerback (Everson Walls, another Ultimate Legend gaffe) settling at a base 92 or lower Speed rating.

If the argument is to use “Sprinter” and team chems to boost Lane’s speed to more reasonable levels, then why didn’t EA apply the same logic to the likes of Super Bowl Past Legend Ronde Barber (94 Speed), or give 97 overall Team MVP’s Marlon Humphrey or Xavien Howard (95 Speed) similar ratings?

If it’s a matter of not making the Ultimate Legends too overpowered, there has to be a better balance between making an item viable, and completely nerfing it into the ground.

EA, it’s March, there should be no reason an item is unusable in the current meta without spending a plethora of Training Points and acquiring thousands of other coins just to boost it into relevancy. End rant. 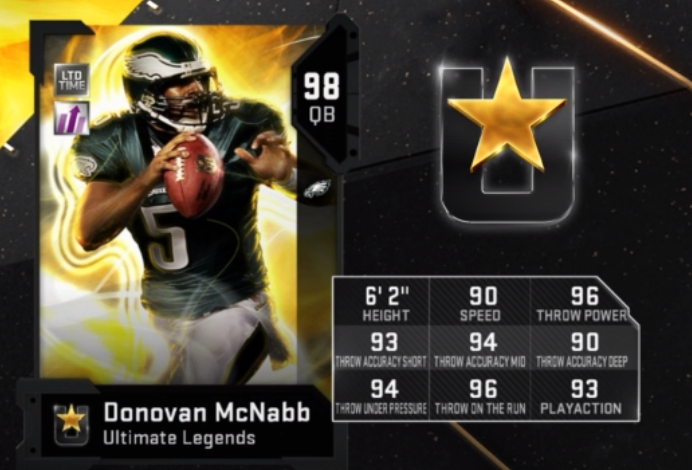 At least the Limited Time items are actually worth acquiring, making a markedly different turnaround from previous weekends.

Donovan McNabb’s 95 overall Gauntlet card was still relatively viable despite coming out in mid-December, so it’s fair to suggest this version will be one of the better quarterbacks in Madden Ultimate Team for the rest of #MUTSeason.

Arguably the most complete quarterback currently released, McNabb is nearly as fast as 97 overall NFL Combine Marcus Mariota, but possesses almost equal throwing stats to 98 overall Team of the Year Drew Brees. Of course, the Michael Vick problem still remains, as the Ghosts of Christmas Forever iteration is still faster than McNabb and also hits the necessary throwing thresholds. 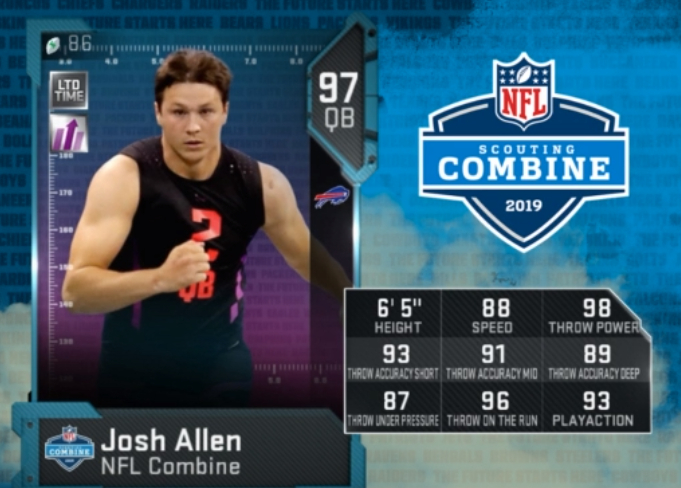 You could make that same case for 97 overall NFL Combine LTD Josh Allen, who is slightly slower than McNabb, but has better Throw Power and marginally worse throwing stats.

Ultimately using Vick comes down entirely to one’s willingness to deviate from the “meta”. At least in the case of McNabb, Allen, and even Mariota, we’re finally beginning to see comparably equal items if someone wanted to use a different option. 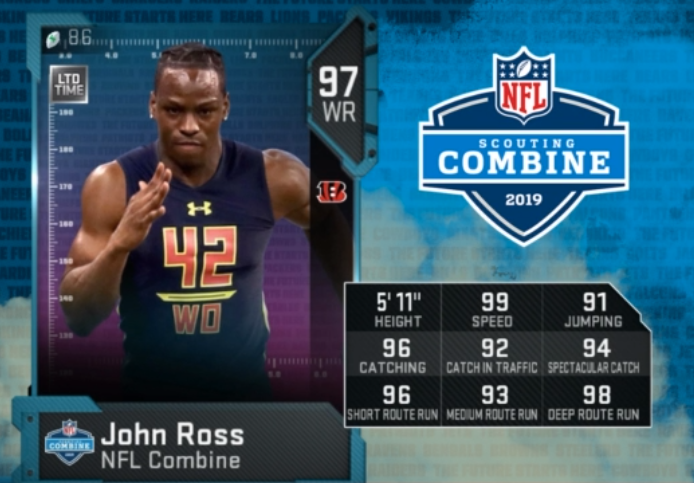 Ross becomes the second player behind NFL Combine Master Chris Johnson to receive stock 99 Speed which is a neat fact and normally would make him one of the most expensive items in the game, but the abundance of “Sprinter” chems and Coach Madden able to provide a plethora of additional speed boosts, Ross is already down to 800,000 coins as of this writing.

That might actually wind up being a blessing in disguise, as others could wind up using different chems to improve Ross’ solid base receiving stats, but EA’s confusing decision on when to accentuate a given item’s speed will go down as one of the most confusing conundrums of Madden 19.