Rekkles reveals why benching himself was his “proudest moment” on Fnatic

Fnatic veteran Martin ‘Rekkles’ Larsson has explained why the choice to bench himself during the European Championship’s Summer season in 2018 was one of his “proudest moments” in his career, and why he made the choice.

After a 1-1 start to EU LCS 2018 Summer, Fnatic’s star bot laner made the call to hook himself from the playing roster, with Gabriel ‘Bwipo’ Rau stepping into the role alongside Zdravets ‘Hylissang’ Iliev Galabov in his place.

The reason was that marksman, which Rekkles had excelled at since he first joined the competitive League of Legends scene in 2012, had been nerfed into the ground by Riot. The picks weren’t unplayable, but they were a poor choice.

With the team’s substitute Bwipo waiting in the wings, Europe’s two-time MVP made the decision to bench himself “for the greater good,” giving his Belgian teammate the chance to flex his mage and bruiser picks in the new-look metagame. 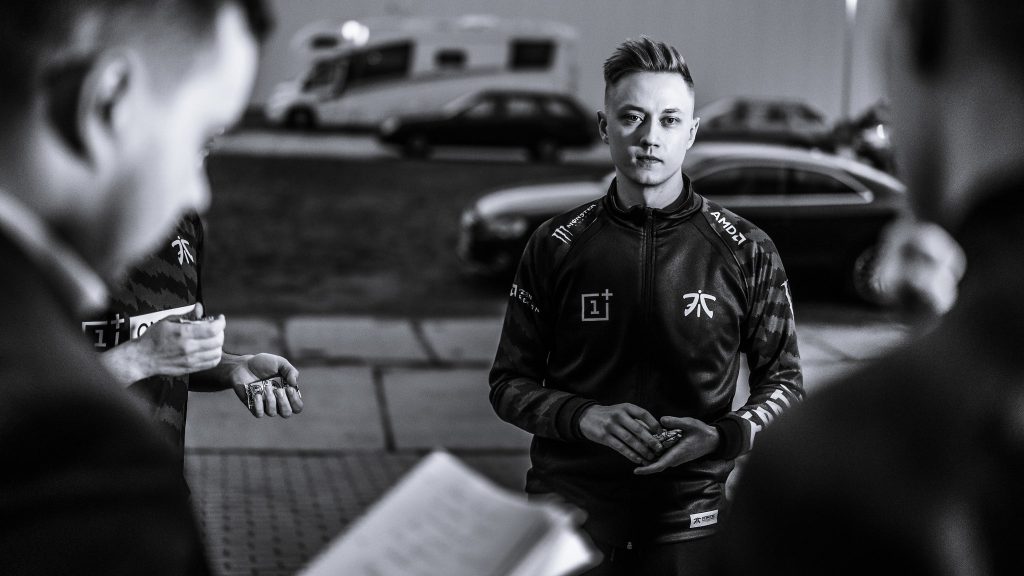 Although his tenure away lasted far longer than he expected — he missed all but one game between the league’s second and eighth weeks while Bwipo made 13 appearances — the Swedish star still believes it was the right choice.

“I know it sounds crazy, but one of my career highlights is the fact I stood up for myself and benched myself,” Rekkles revealed in Fnatic’s latest video series.

“In that moment, I could have been really selfish, which 99% of pros would have been. Not only did I lose money, but I lost branding opportunities, and chances to go further into the history books with kills, assists, and games played. I missed the chance to further solidify myself as the main star of Fnatic.

“It felt like I was giving up pretty much everything to bench myself, but it wasn’t really a question for me. I knew it was the right choice. After seeing what the meta was in the first week, it was really obvious we would be a better team with Bwipo.” 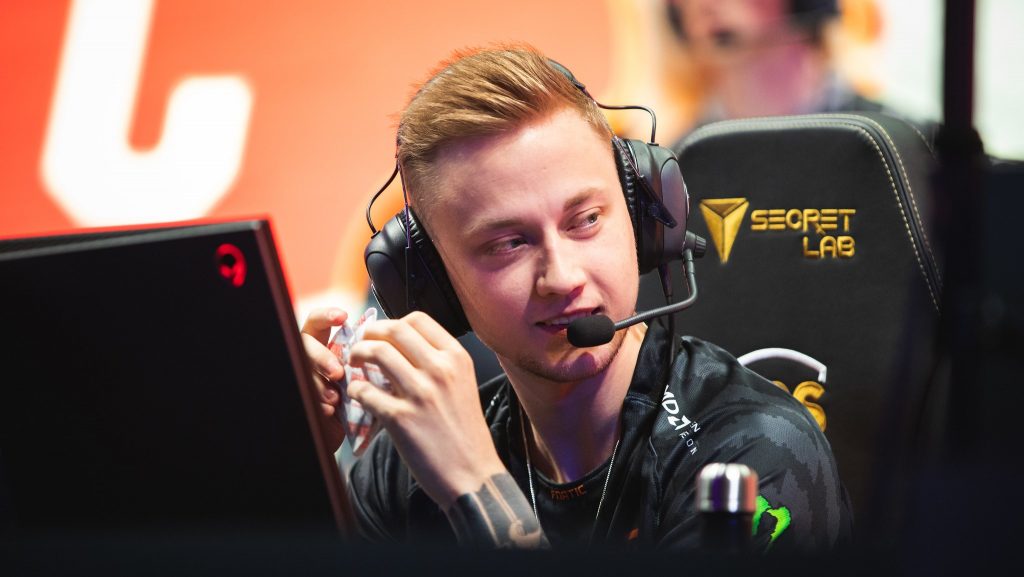 Larsson’s choice paid off big time. After topping the regular season in first in Spring and claiming Fnatic’s first championship title since 2015, the team went back-to-back in Summer with a 13-5 record, and a 3-1 victory over Schalke in the final.

As well as the fact that his decision led to the team’s domestic year being filled with silverware, Rekkles also said he learned a lot about himself when he was able to make the call to bench himself, knowing it would affect so much.

“For me, that was my proudest moment,” he repeated.

“I’ve always had troubles standing up for myself, I’ve been a really neutral person my entire life, so the fact that I could learn to say yes or no was a good thing. Eventually, I’d have to learn that at some point, so to learn it then was great.” 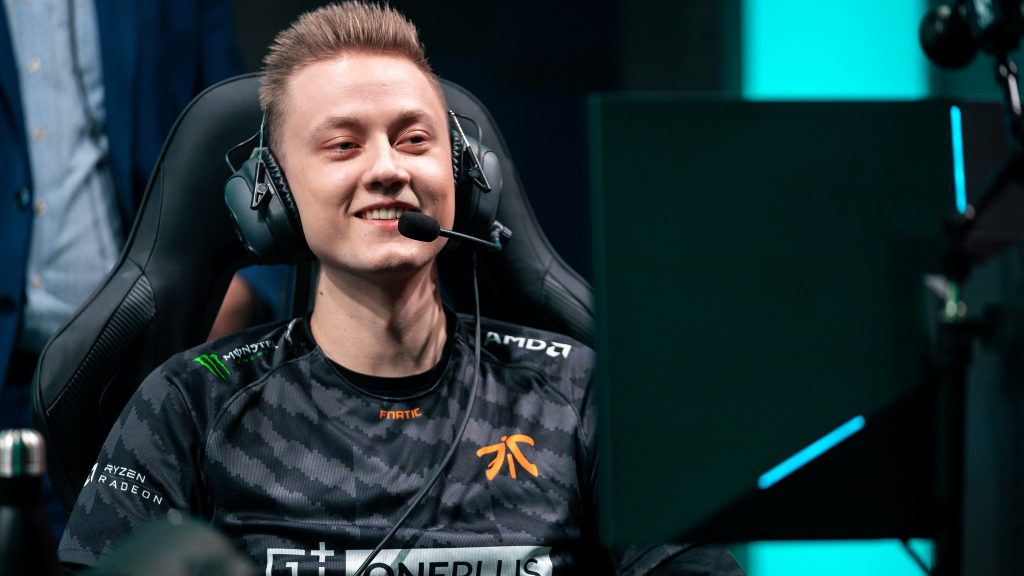 Benching himself changed Rekkles’ mindset on standing up for himself, he said.

The Swedish superstar also laughed off the rumors that he had spent seven weeks on the bench because he had a physical altercation with jungler Mads ‘Broxah’ Brock-Pedersen, which caused Joey ‘YoungBuck’ Steltenpool to bench Rekkles.

“I honestly don’t know where that rumor came from, because of all the ones you could come up with that was the sh*ttest one that I’ve heard,” he said.

“I could understand if the rumor was like Tim [Tim ‘Nemesis’ Lipovsek] and someone because he’s the newest guy in the team, so that could potentially make sense, but I’ve been with Broxah for two and a half years. It’s just like “hell no”.” 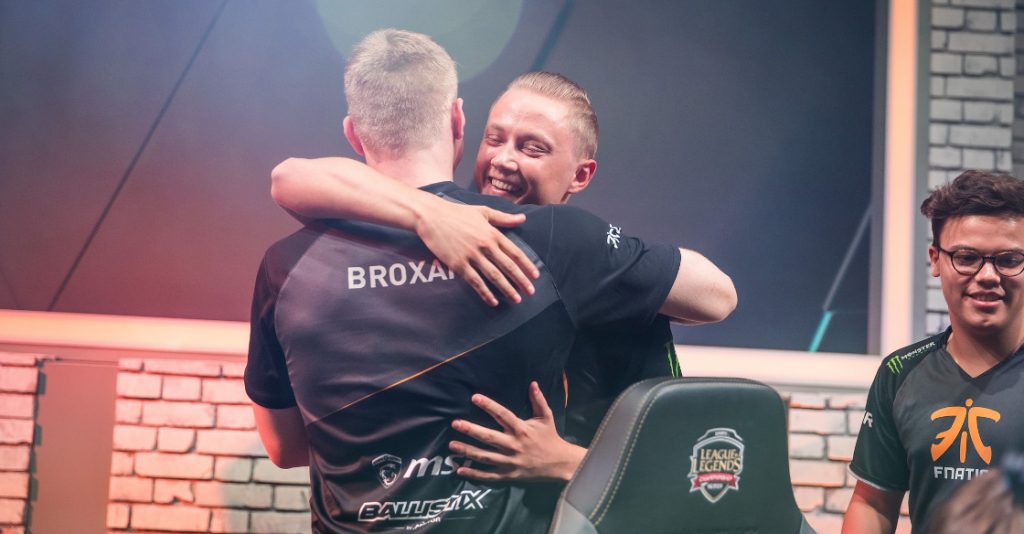 Rekkles and Broxah have been teammates on Fnatic since 2017.

Rekkles admitted that when he first saw the rumors swirling on social media sites like Twitter and Reddit, he showed Broxah and they had a laugh about it. After realizing it wasn’t a joke, however, the two were shocked.

“We thought it was just a joke, then saw that people were believing it,” the four-time LEC champion said of the multitude of altercation stories.

“We don’t even have verbal disagreements, he’s the nicest guy ever. Even if you wanted to fight him verbally, he wouldn’t fight you back, and physically is even crazier. This was like, ‘Why is anyone thinking I’m fighting Broxah IRL?’”

The rumored brawl may have never occurred, but Rekkles did add that he thought there would be one winner in that hypothetical matchup: “Obviously, Broxah would win obviously, that guy is f*cking huge.”

For mobile readers, the related segment begins at 4:31.

While it’s doubtful Rekkles is on the move from the organization where he’s played 11 of his 12 domestic splits this offseason, the transfer rumors have already rolled into full effect following the conclusion of the 2019 World Championship.

Chief among them for Fnatic fans are the whispers that Broxah may be making the hop across the Atlantic to join four-time LCS champions Team Liquid, with the team’s current jungler Jake ‘Xmithie’ Puchero off-contract in less than a week.

That rumored move would require TL owner Steve Arhancet to trigger Broxah’s contract buyout, however, with the Danish jungler still signed with his LEC team until November 2020.