Fortnite’s 14 Days of Summer event is still rumbling on, and the eighth challenge requires players to “Bounce off giant beach umbrellas in three different matches.” If you’re struggling to find these big brollies, our handy guide will point you in the right direction.

With Epic Games taking a two-week break, the developers introduced the special 14 Days of Summer event to make sure that fans of the game have a constant supply of new content while they take a hard-earned holiday.

Every day for two weeks, fans receive a brand new daily challenge, with a special reward for those who can complete it before the limited-time mode ends in just under a weeks time. 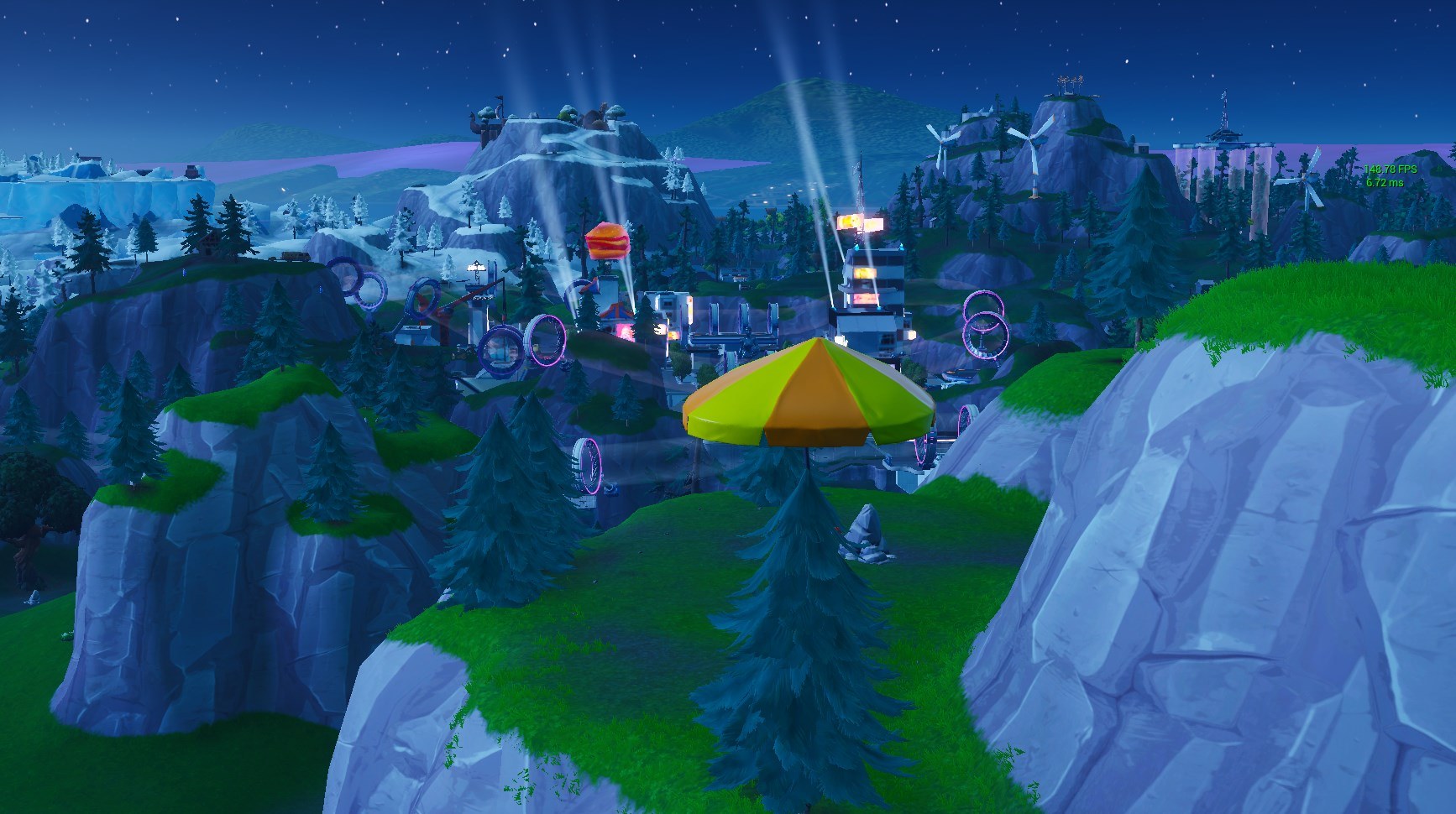 The massive umbrellas were added in the v9.30 update.

Day Eight requires players to bounce on top of the giant beach umbrellas that were added to the game in the v9.30 update. While they are hard to miss due to their size, they’re not marked on the actual game’s map, so unless you happened to come across one naturally, you may not know where to find them.

There are six of the umbrellas sitting across the Fortnite map, with only the snowy location in the south-west corner of the island missing one of the items, likely because a beach umbrella isn’t required in the icy elements of Polar Peake or Happy Hamlet.

If you haven’t been able to find the giant umbrellas, we’ve marked their location on the map below. 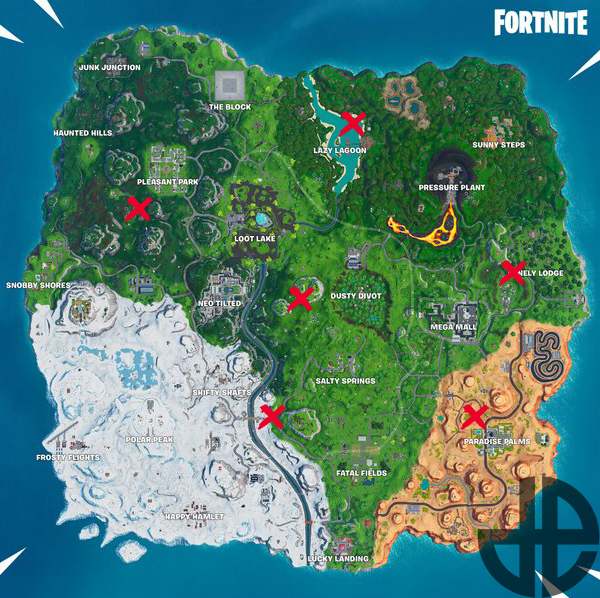 To complete the challenge, you’ll need to build up beside them or make your way onto a hill overlooking one of the umbrellas, then jump onto the canvas covering on top and bounce off of it.

The challenges dictates that you must do this in three different matches, so even if you jump on three in a single game, you will only have one umbrella added to your challenge. 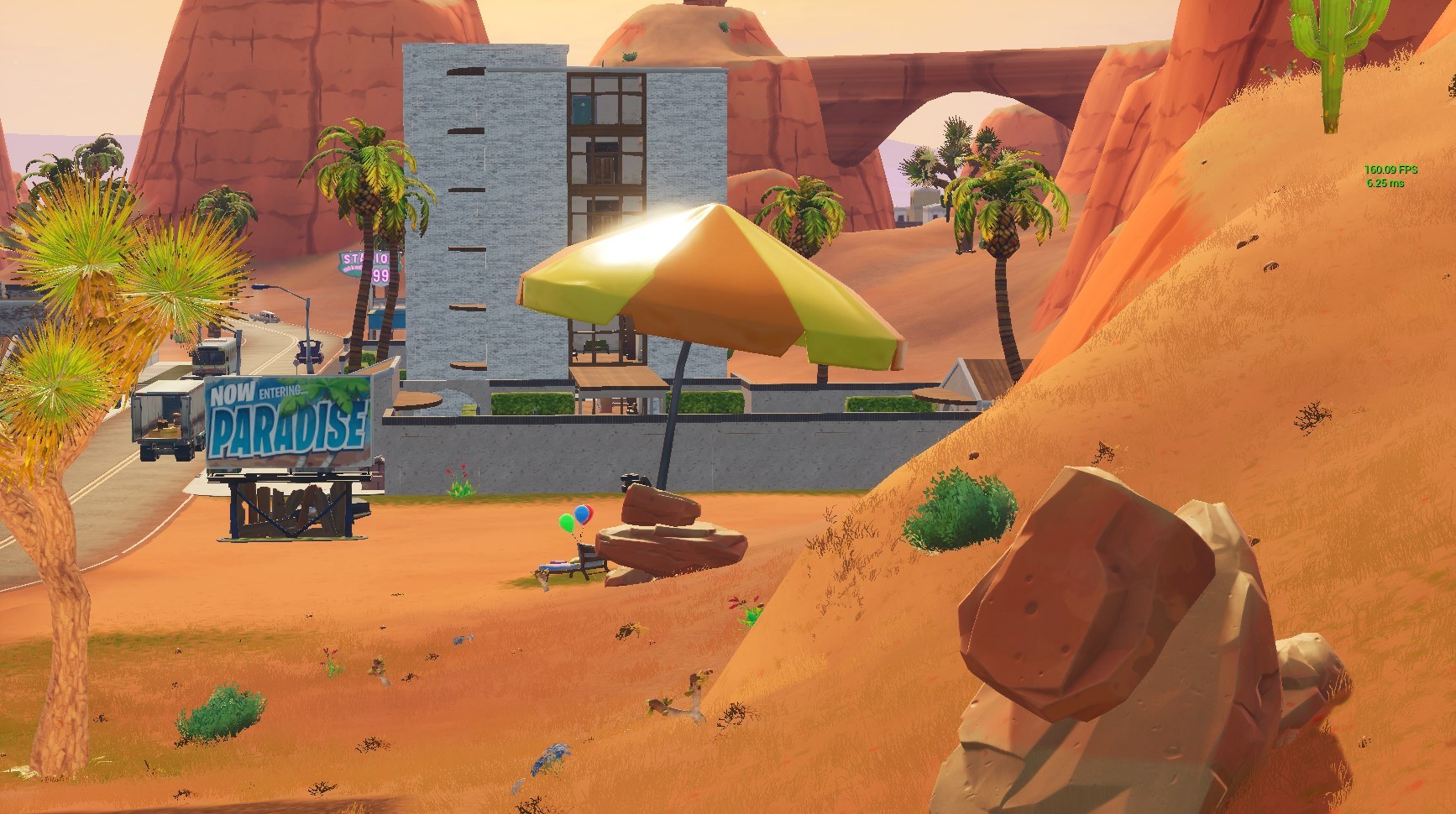 Players will need to bounce on three umbrellas in different matches.

This challenge is the eighth in the event, but don’t worry if you missed one, as our 14 Days of Summer challenge hub will help get you caught up and earn some prizes.

Players are expected to receive a brand new loading screen for completing this challenge, although that has yet to be confirmed. We’ll be sure to update this article when the official reward has been revealed.