Fortnite Season 7, Week 7 challenges and how to complete them – Expedition Outposts, X-4 Stormwings and more

Week 7 of Season 7 in Fortnite Battle Royale is already upon us, and the Week 7 challenges finally went live on Thursday, January 17. Here’s everything you need to know about how to complete them.

Week 7 once again provides players with a total of seven challenges. Three of these are totally free-to-play and four are exclusive to owners of the Season 7 Battle Pass. 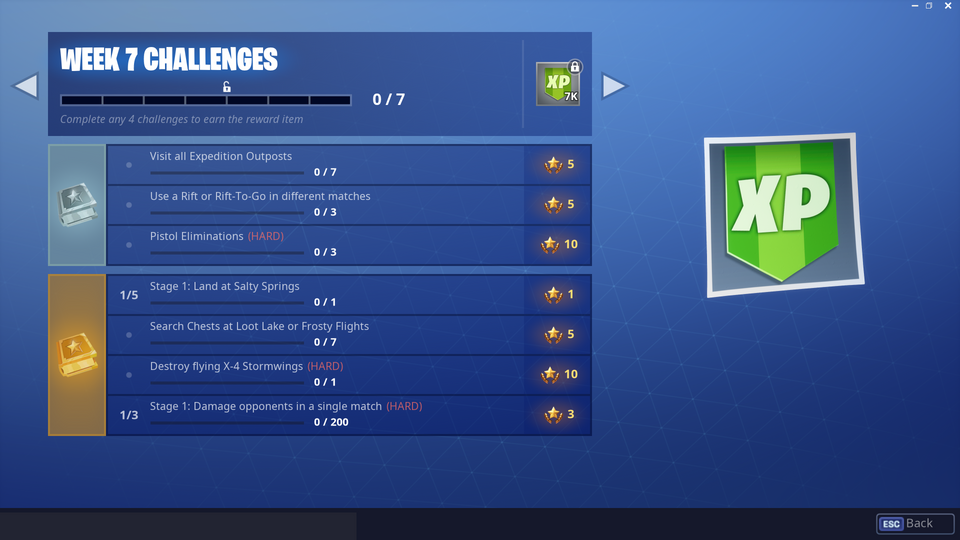 Epic Games have been known to switch some challenges out at the last minute in the past, so we were expecting some of the leaks to not make the final cut, or be edited slightly.

The Week 7, Season 7 challenges for Fortnite Battle Royale are as follows:

As we mentioned above, the challenges look like they will be very straightforward. There are two ‘stage’ challenges and one task that requires you to ‘visit all Expedition Outposts’, but the rest are rather vanilla.

If you are struggling, or in a hurry, to get them all complete, here are some quick guides to help you out: 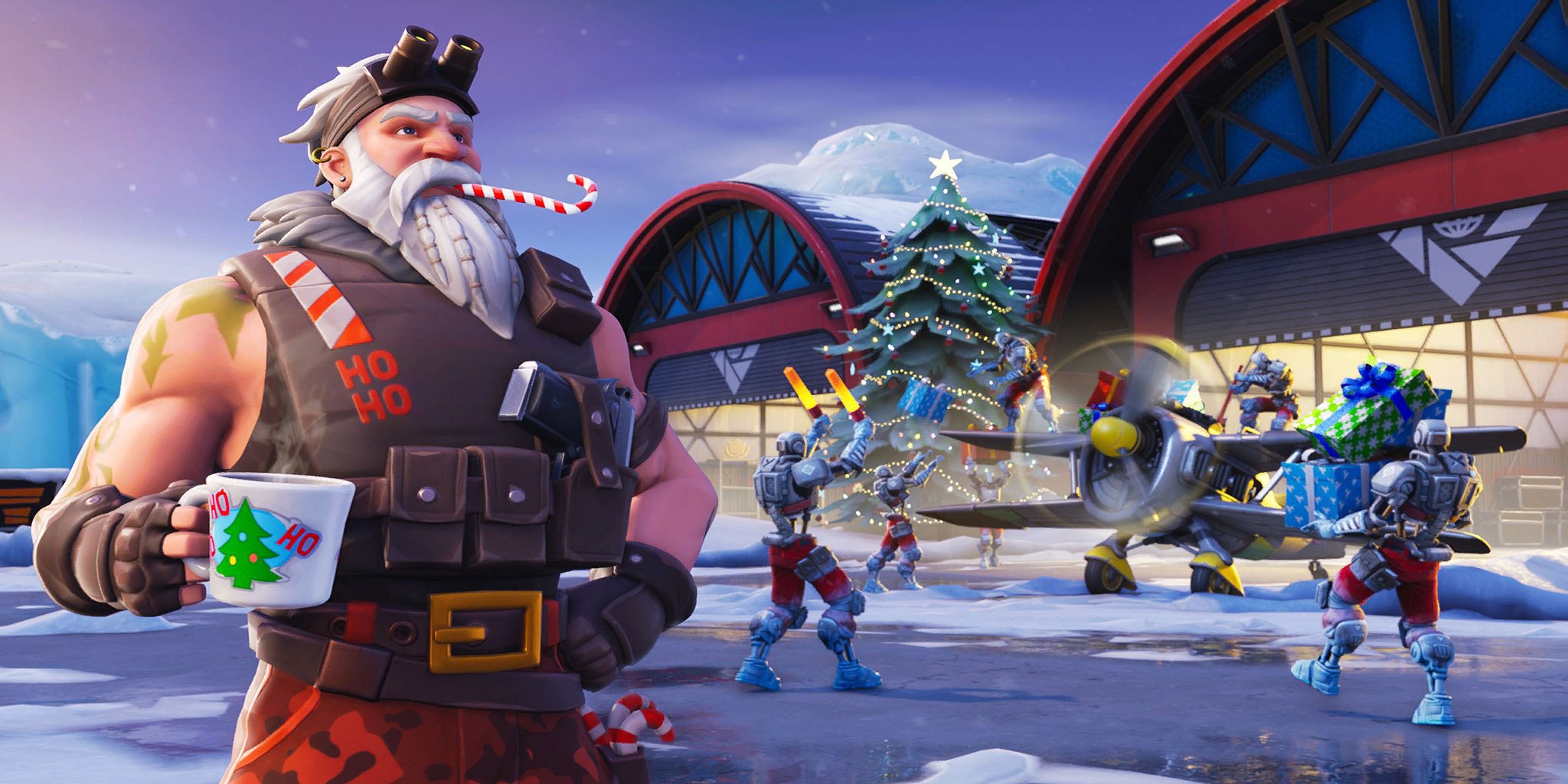 You’ll be heading to Frosty Flights for at least one of the Week 7 challenges.

Once you’ve completed all of the standard Week 7, Season 7 challenges, you’ll unlock the bonus ‘Snowfall’ challenge. This week, completing it and collecting the Battle Star will reward you with a free Battle Pass tier.

If you’re struggling, you check out our how to find the secret Battle Star for Week 7 of the Snowfall challenge in Fortnite guide.

We wouldn’t have been surprised if this didn’t make the cut due to how similar it is to one of the Week 4 challenges.

However, we were wrong. You can find all of the Expedition Outpost locations in Fortnite here.

Use a Rift or Rift-to-Go in different matches

This one’s nice an simple – pick up a Rift-to-Go whenever you get a chance, and use it before being eliminated. You can only use one Rift per match, so you’ll need at least three games to complete this challenge.

Alternatively, visit one of the Rifts that have been dotted around the map since Season 5 and use that.

This is a pretty straightforward challenge – simply eliminate a total of three players with pistols over the course of the week and you’ll have completed it without a problem.

If you find pistols difficult to use, try getting an opponent’s health low and then pulling your pistol out for the final points of damage.

Given the fact that the all-new Scoped Revolver was added to the game in the v7.20 update, we expected this challenge to make the final cut. 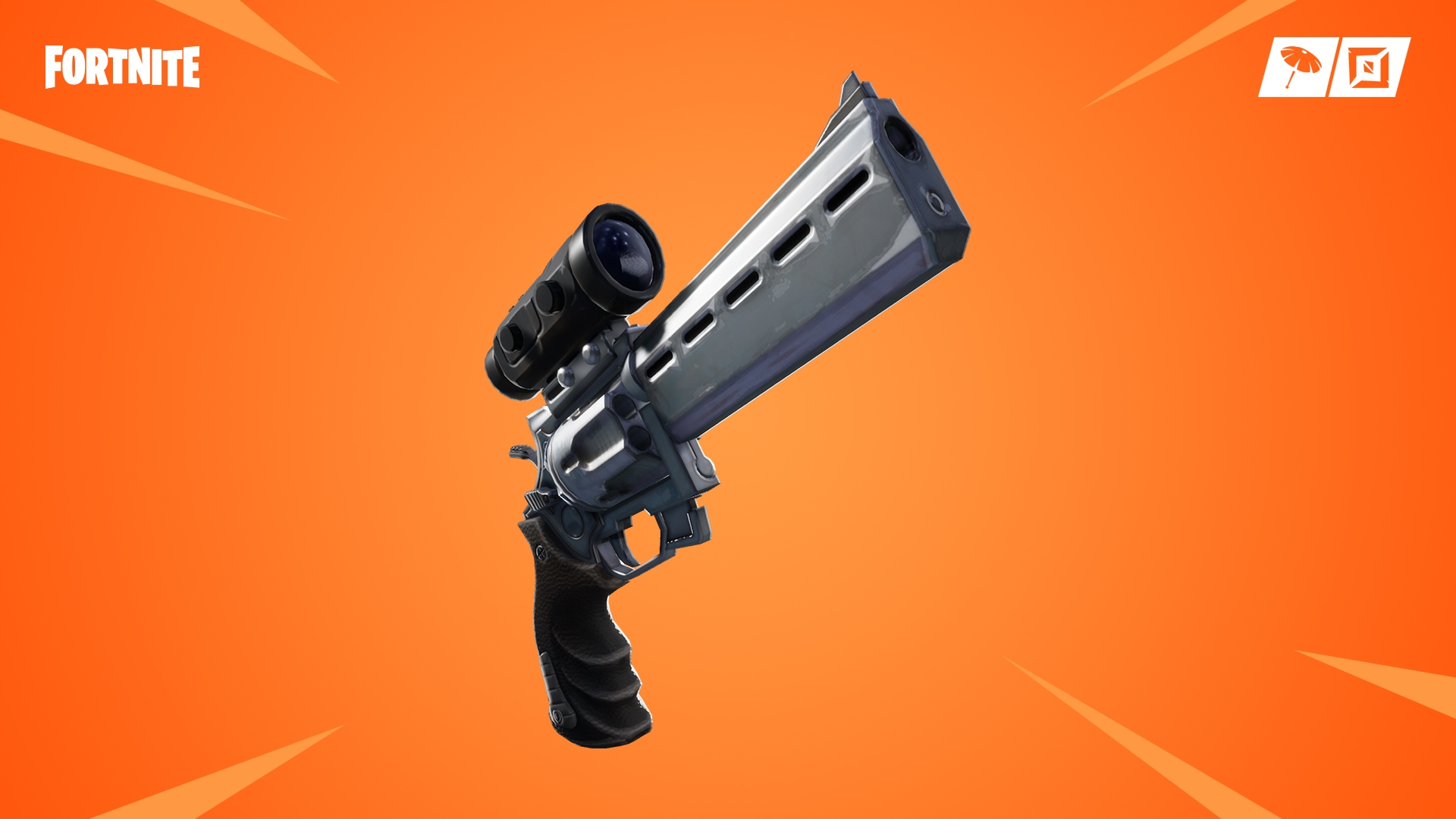 The Scoped Revolver could be perfect for the pistol eliminations challenge.

The second of this week’s stage challenges will involve landing at various different locations after you jump out of the battle bus. We’re expecting five locations in total and you’ll need to land in this order:

This is another straightforward challenge, you just need to open a total of seven chests in Loot Lake and Frosty Flights. You can open all seven in one location or split your time between the two.

Here are maps for both locations detailing all of the possible spawn points for Chests, although keep in mind that not every Chest will spawn in every match.

For this challenge, you’ll need to destroy an X-4 Stormwing plane while it’s flying. That may seem like a tall task, but there is a very easy way to complete this challenge that takes very little time to do.

Stage 1: Deal damage to opponents in a single match

The first of the stage challenges for Week 7 will ask players to deal 200 damage to opponents in a single match. We’re expecting Stage 2 to ask you to deal 300 damage and the final stage to ask for 400 damage.

If you’re struggling to deal out the sort of damage required to complete this challenge, we’d advise you to go into one of the more laid-back LTM lobbies rather than a standard match.

We’ll be updating this post throughout the day with guides and information on how to complete each and every Week 7 challenge. You can also follow @Dexerto on Twitter for everything Fortnite related.