While the Cube Monsters may have been eradicated from the main modes in Fortnite Battle Royale, they have made a return in a brand new Limited Time Mode called Team Terror.

Team Terror, one of the two LTMs added to Fortnite in the recent v6.22 update, is a mode which splits the lobby into two teams of 32 players that must defeat each other to claim Victory Royale.

However, unlike other large team based LTMs, Team Terror throws a wrinkle into the mix with the return of the Cube Monsters from the recent Fortnitemares Halloween event.

These Monsters will spawn from special spawners that will be scattered throughout the map, and new ones will appear each time the storm circle changes.

As before, these Monsters will have the ability to inflict damage upon players, but those who choose to engage and eliminate the zombies will reap the loot, weapons, and ammo they drop.

There will even be Gold Monsters that will drop Legendary rarity items when they are eliminated, which could become crucial in certain situations. 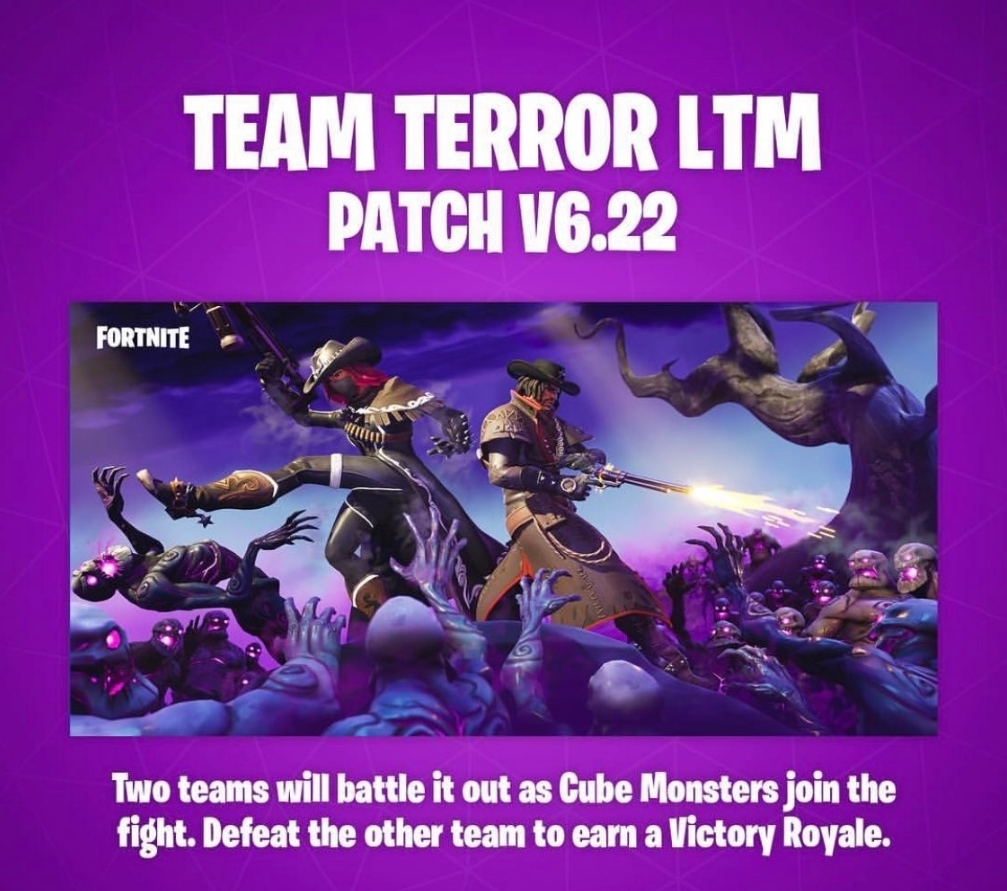 Apart from the presence of these beasts, Team Terror also features the following major adjustments to core mechanics and specifications of the game:

There has been no information provided as to how long this mode will be enabled in Fortnite, but it will at least cater to those who had fun interacting with the Cube Monsters while Fortnitemares was still going on.

The release of the v6.22 update in Fortnite brought a lot of changes and additions to the popular battle royale mode. For an in-depth look at the entire patch, check out the patch notes HERE.

Who is Dream? Everything to know about the Minecraft YouTuber