Fortnite streamer KamoLRF has won the Week 2 Day 2 edition of the Summer Skirmish and will take home the $60,000 first prize.

Unlike Day 1 which was a runaway victory from the start, KamoLRF barely beat out second place Supremecy Vato by a score of 174 to 172. Rounding out the top 3 was Teekzie with 167 points.

For a recap of how Epic reached these point totals, the scoring system is listed below.

The player with the highest score after 10 Solo matches will be named the winner. Victory Royales and Eliminations in this competition will be scored to determine placement at the end of the event. The top 20 players at the end of the Week 2 Summer Skirmish will be awarded. Scoring is as follows:

KamoLRF is a smaller streamer who was invited to the Summer Skirmish based on his performance in the Solo Showdown series, much like the winner of the July 20 tournament iDropz_Bodies. He was in the top 5 for most of the afternoon thanks to an unbelievable 35 kill performance in his third game. Back to back 21 kill games shortly after put KamoLRF in contention for first place and he was able to outlast a strong finish from Vato.

The July 20 edition of the Summer Skirmish caused controversy when the winner iDropz_Bodies was not able to stream his matches, but KamoLRF was a presence on the main Fortnite channel on the way to his victory for everyone to see.

The final top-20 placements can be seen below, with tiebreakers being decided based on overall eliminations: 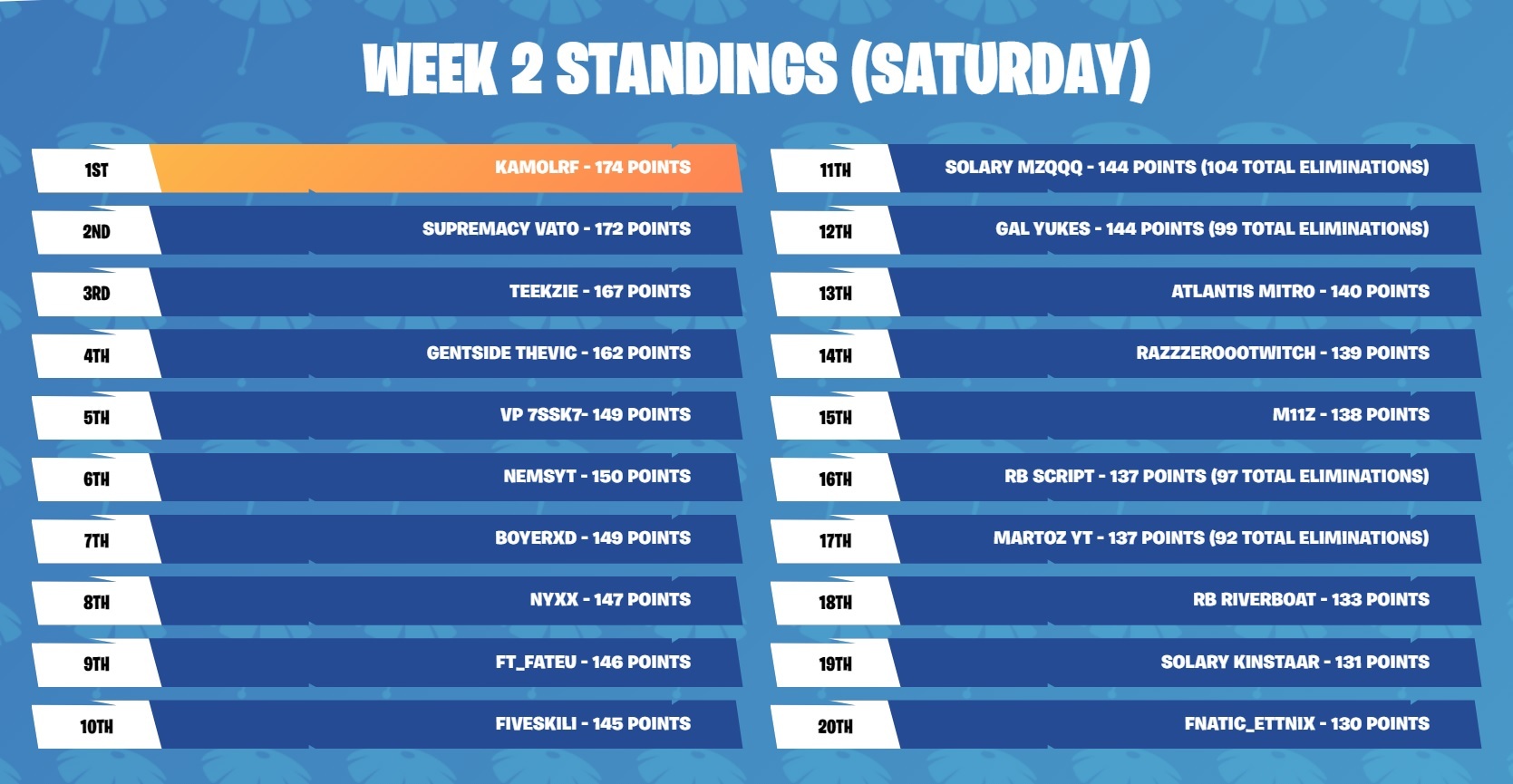 The full list of Friday’s participants, along with more details about the format, ruleset, and prize pool breakdown, can be found in the link below: