Shroud reveals his keybind settings to dominate Escape from Tarkov

Michael ‘shroud‘ Grzesiek is widely regarded as one of the best first-person shooter players in the world, and the “human aimbot” has given fans a glimpse at the keybinds he thinks are best to give himself an advantage over his enemies while raiding and looting in Escape From Tarkov.

The former CS:GO pro player made a name for himself among the streaming community for his incredible aim and astonishing plays in battle royale games like PUBG and Apex Legends, but for months the 25-year-old has been obsessed with tactical shooter Escape From Tarkov.

The FPS sees players drop into massive maps, hoping to loot the area for weapons and items to improve their base, with the goal to get in, grab gear, and get out before another player on the server can take you down and steal everything you had found. Matches can often last for over 40 minutes, and once you’re killed, you’re out for good, so making sure you give yourself the best chance at succeeding is imperative if you plan on doing well. 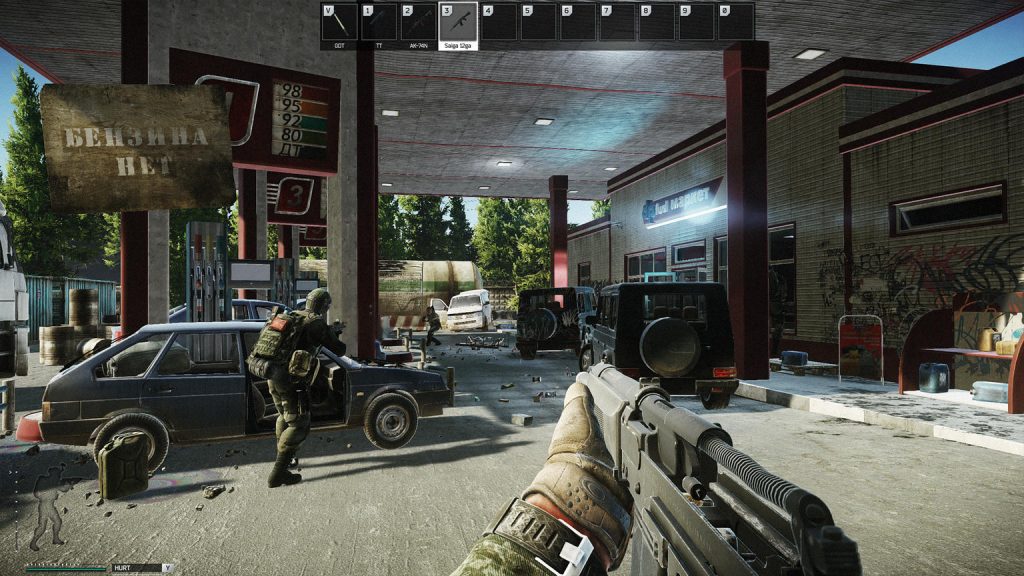 Escape from Tarkov is a tactical shooter that punishes even the smallest of mistakes.

One way players can give themselves a leg-up on their opponents is through the keybinds they use on their keyboard and mouse, creating easier ways to perform tasks in the heat of battle that may give you an advantage over those who still use the sometimes-clunky default settings. For those looking to make changes, shroud gave his viewers a peek at what he uses while playing the game during his January 8 Mixer stream.

Going down the list, the Canadian explained that he uses single press and double-tap on the same keys for different things, as it’s easier than having to press two separate keys simultaneously. “I have switch scopes as Mouse 4, and change scope zoom is Mouse 4, one’s just press and one’s double-click,” he revealed. “I have the same thing for lasers and tacticals. Checking ammo is T, checking the chamber is T as well. Fire mode is B, just one press. Blind fire overhead is X.”

“The default [for checking chamber] is Alt + T or some sh*t, but instead it’s double-tap T for me. And for [blind overhead firing] it’s Alt + W, but you can’t walk around while doing it, while I can.”

Shroud isn’t the only streamer who has become infatuated with Escape From Tarkov, with Dr Disrespect, xQc and Summit1g all hopping on the game as they try to show off their skills and take down their enemies.

While these keybinds won’t make you the world’s best player overnight, they should give you a slight advantage in gunfights, which can be the difference between victory and failure in a game as punishing as Escape From Tarkov.