Jimmy Kimmel Live usually features host Kimmel interviewing some of the biggest names in showbiz, sports and everything in between every weeknight.

Despite once upon a time going viral for his mockery of gaming and esports, Kimmel perhaps seems more comfortable embracing the industry with this bit he created with the Two-Time. 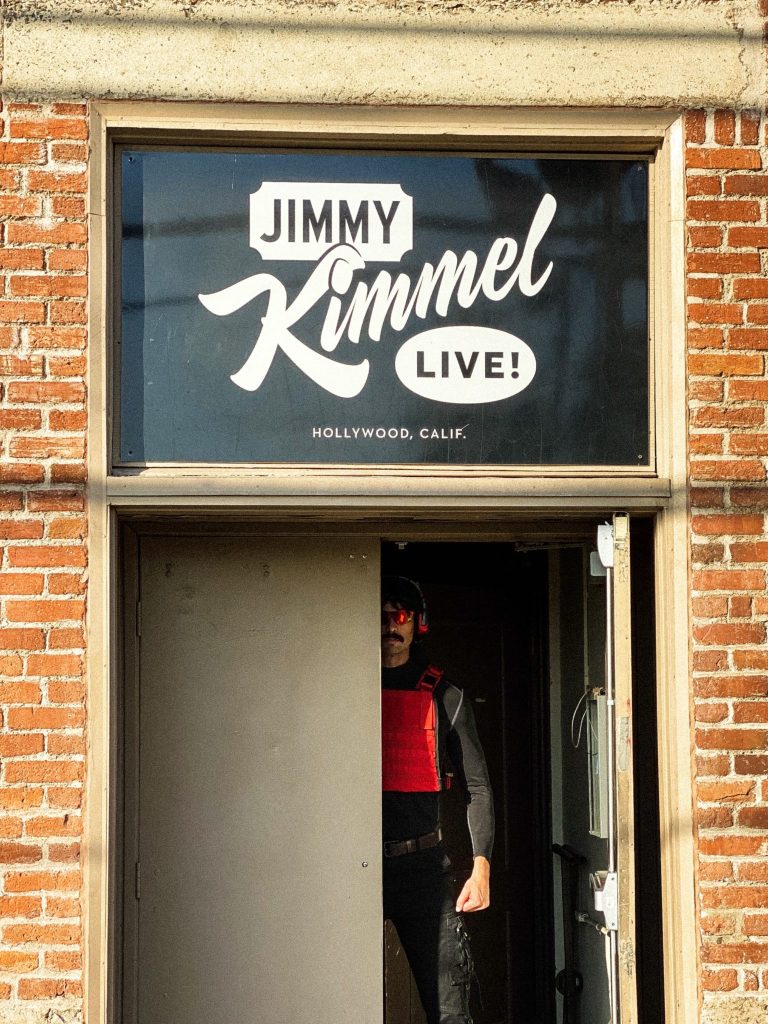 The Doc made himself known to the mainstream world in this typical Dr Disrespect appearance.

In an unexpected collaboration, we saw Dr Disrespect breaking in and standing beside a Christmas tree as Jimmy and his trusty sidekick Guillermo settled down peacefully in bed and waited for Santa Claus.

After Guillermo tells Jimmy that he thinks someone is in the room, they look up to see the Doc attempting to place presents under the tree. “Wait, you’re not Santa,” Jimmy starts. “That’s two-time esports streamer of the year Dr Disrespect!”

They explain to the Two-Time that they’re actually waiting on Santa and not him, when Doc makes jokes about them lighting the fireplace in anticipation of Santa and how St. Nick is “creepy” for watching children and sneaking into people’s homes.

Dr Disrespect goes on to say that “the only thing we need to fear is subpar gaming equipment,” before handing Jimmy and Guillermo a Turtle Beach headset each, telling them that “they’re perfect whether you’re a pro player or a little baby precious noob.”

Jimmy tells the Doc that Christmas is now saved thanks to him before the ‘real Santa’ turns up and is chased down by Guillermo, who tells him to “go back to Alaska.”

We’ve occasionally seen popular gaming personalities, such as Tyler ‘Ninja‘ Blevins or Kyle ‘Bugha‘ Giersdorf, appear on these types of shows, but usually as guests and not to be part of a commercial or skit. However, this seems right up Doc’s alley of expertise.

Whether Dr Disrespect will become a more regular fixture on Jimmy Kimmel Live may be up for debate, but there’s no doubt he’ll be appearing on our TV screens more in the future.

In early December 2019, he announced that he had signed a deal with the creators of The Walking Dead to create a series based on his iconic persona, but it’s still in the very early stages and has not yet been picked up by a network.