Popular Twitch bounty hunter ‘StephenIRL’ has spoken out about the website’s “lack of communication” following his shock perma-ban from the broadcasting platform.

StephenIRL is one of the most renowned real-life streamers, documenting his profession as a bounty hunter chasing down people who have been issued with warrants for their arrests, and taking them into the police station.

While one would assume this line of work leads to the potential for weapons and violence to be involved, the bounty hunter makes sure his viewers are not exposed to the details, and Twitch seemed fine with these streams. That is, until he was banned on September 11.

The streamer, who was banned from broadcasting for “brandishing a weapon on-stream,” took to YouTube on September 25 to clear the air after he had gone dark on social media and Twitch, leaving many of his fans wondering if he had retired from streaming for good.

In his vlog, Stephen recounted the events that saw him perma-banned, before revealing to his fans that he had been effectively muzzled by Twitch on all social media platforms due to the severity of his actions in regards to the law as well as the streaming service.

StephenIRL has based his Twitch career around ‘televising’ his bounty hunting profession.

“Twitch was monitoring all my social media and requested I be very limited in my social media engagements. If I had been more vocal, I may not have been unbanned at all,” he explained on Twitter. He expanded on the situation in his vlog.

“I find it unfortunate that there was no communication from the day of the event to the ban. I just wish they’d communicated with me before issuing the ban. It took me two days before I even knew what I had been banned for,” he said.

Considering the streamer had “brandished a lot of guns” and “blown up a lot of crap,” he was left stunned when this one situation suddenly saw him barred from the platform altogether.

For mobile users, the video segment starts at 8:47.

“None of this was communicated to me, that they didn’t want this kind of content on their platform, because at that point I would have stopped.”

The bounty hunter also raised an issue that many forget when seeing that streamers have been banned – these personalities create entire communities around themselves, many of whom tune in regularly and interact. With bans, they too can be semi-removed from the site.

“I wish Twitch would consider the fact that when you ban a streamer you’re banning a community,” Stephen said. “People have committed so much time, thousands of hours, and in my case tens of thousands of dollars, to make this stream what it is.

“I don’t know if any other streamer goes to the degree that we have gone to as a community to make sure nothing that was in violation of the Terms of Service appears on the stream. My mods see everything 5-10 seconds early and can change scenes or kill the stream.”

“Up to this point I thought we were in full compliance of that, no one is ever going to see someone get shot … so I still have a lot of questions for Twitch.” 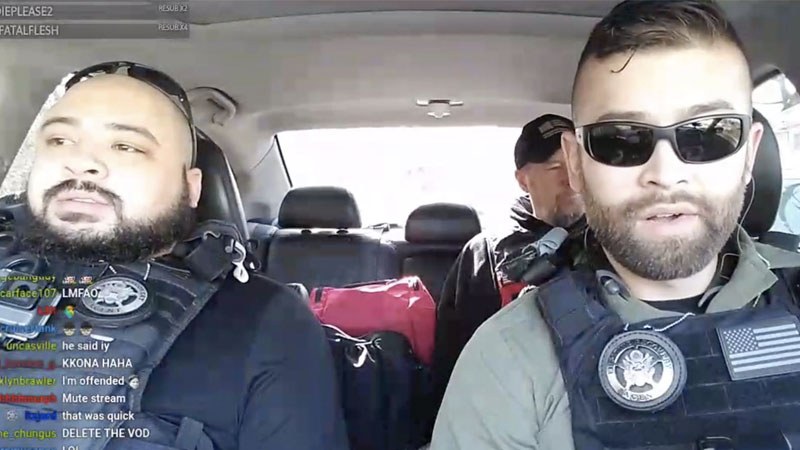 StephenIRL is unsure if he’ll return to streaming his hunts on Twitch.

StephenIRL created his Twitch account in 2017, according to TwitchMetrics, and boasted just over 90,000 followers at the time of his ban.

So far, the bounty hunter has not returned to the streaming website, but has confirmed he would be broadcasting his profession again “in the next few weeks.” Whether that will be on Twitch or somewhere else, he has yet to announce.