Virtus.Pro’s CSGO round derailed by bugged bomb on Overpass

Valve has patched up many holes in their game throughout CS:GO’s life span. Typically these spots eat up everything that falls into their clutches like weapons, utility, and even the T-side’s C-4 objective.

While the discovery of the voids can be hilarious moments in a matchmaking or casual game, it could have terrible repercussions during a competitive match where pros are facing off against each other for cash and other prizes.

That’s exactly what happened in the late stages of VP’s match on the attacking side. As the norm, the T side advanced the bomb to the upper portion of Tunnels when dropping the item to be collected later.

VP proceeded to poke and prod around the map to see where they could get an advantage with the bomb safely behind their control.

Well, after Janusz ‘Snax’ Pogorzelski managed to get an opening AWP kill, the team decided it was time to regroup for a play on the A side of Overpass.

That’s when Snax discovered that the bomb was no longer where the team had last left it.

“Wait a second, where’s the bomb,” a caster can be heard saying. 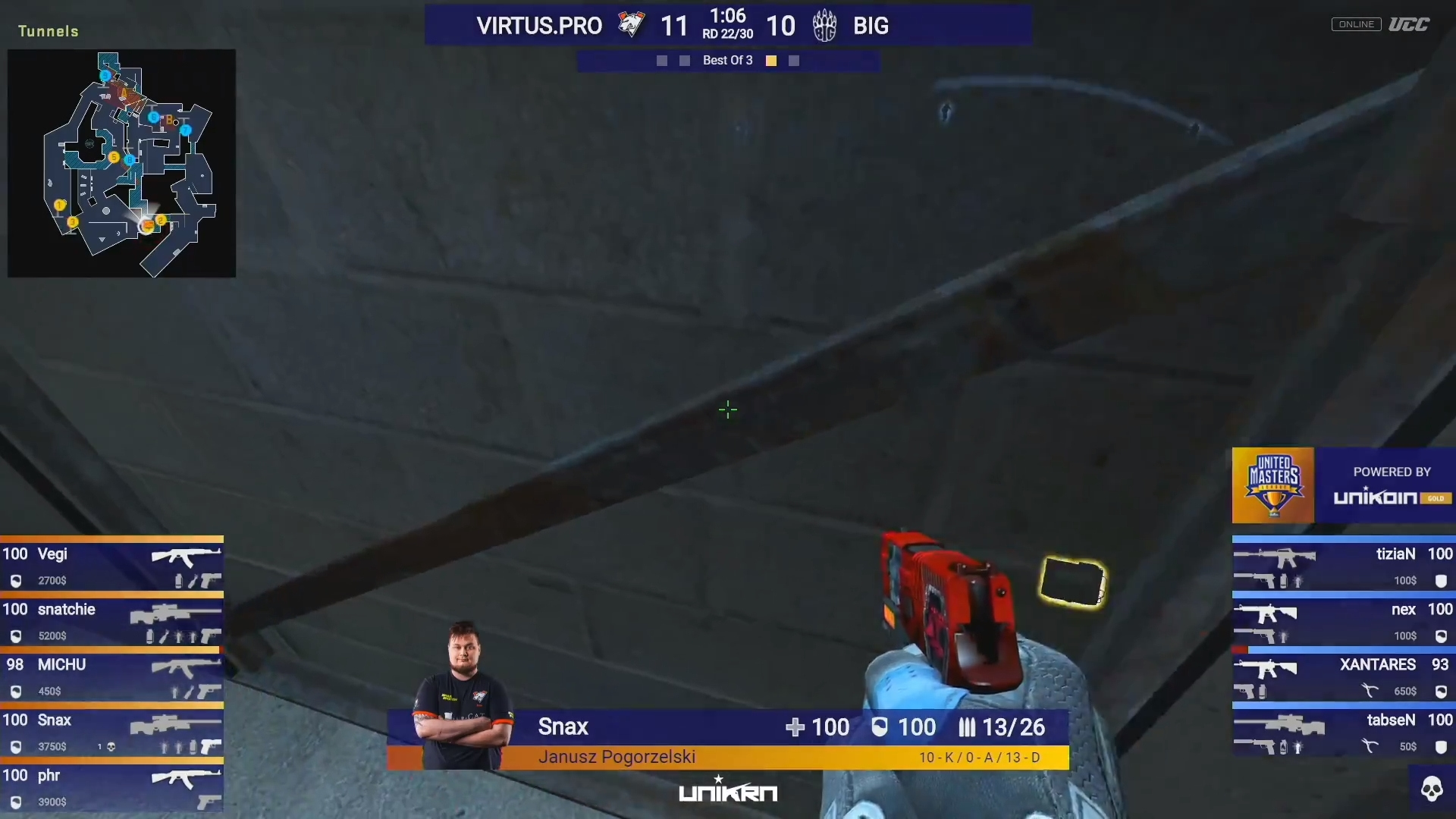 The last image of the bomb’s tracer before it disappeared in the bugged Overpass spot.

The bomb has actually glitched through the map and fell down to oblivion without a hope of being retrieved. Since a minute had already elapsed and damage had been dealt, tournament rules dictated that the round had to be played out.

Even with a man-advantage, any intention that VP had of systematically playing out the round was shot since their only way of winning was to completely eliminate the BIG players.

Shortly after the bug, VP players started dying left and right as they were forced to find fights. Luckily, Snax and Michał ‘MICHU’ Müller were able to actually pull off the 2v3 comeback to at least mitigate the damage from the glitch.

VP would eventually lose the match and series 0-2 to BIG, but hopefully the spotlight on the bug leads Valve to patch up the spot sooner than later.