How to earn the IEM Katowice 2019 CS:GO Major event coins

One of the most enjoyable parts of a Counter-Strike: Global Offensive major event is getting an in-game coin to display on your profile. However, there has been a change to how it works for the IEM Katowice Major, so here’s what you need to know.

However, Valve has changed their system this year, adding a viewer pass for players to purchase in order to take part in the Pick ‘Em challenge, be eligible for those sweet souvenir case drops and ultimately have an event coin.

There may still be some confusion over how players get the higher tier coin – as its no longer based solely on achieving a high score in the Pick ‘Em challenge and showing off your knowledge of CS. The coins would usually be in a Bronze, Silver and Gold tier system but in In a change for Katowice, there is a new Diamond version.

Here is everything you need to know about leveling it up.

How do you upgrade the IEM Katowice coin?

The coins are now upgraded through a series of challenges that are linked to watching the event and completing a set number of objectives.

To upgrade the coin through watching matches on Twitch, you will need to link up your Steam and Twitch accounts. You can link your accounts here.

You will also be able to use steam.tv or GOTV in-game to upgrade the coin through watching. 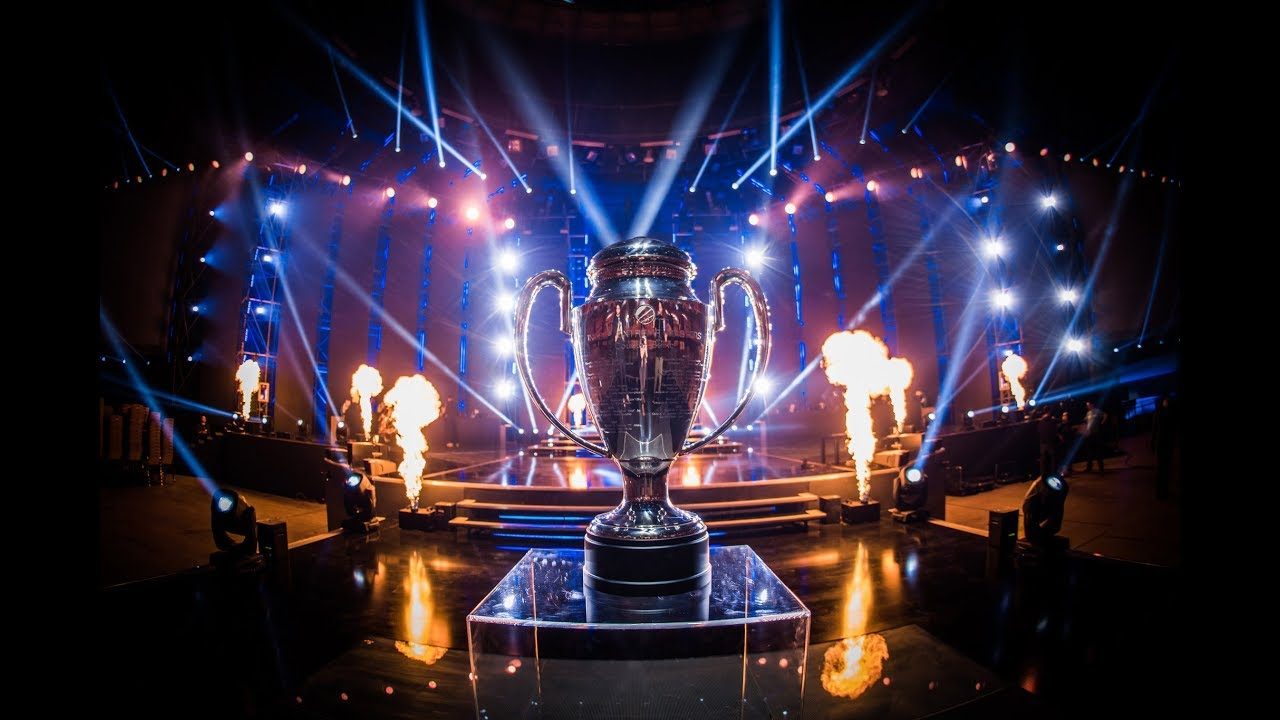 The Katowice trophy will be up for grabs – with Astralis defending their crown as current Major champions.
[ad name=”article3″]

What are these challenges?

The challenges are laid out in-game once you purchase the viewer pass. By activating your viewer pass, you’ll complete the first challenge.

However, the next few require you to take part in the tournament Pick ‘Em challenge and make some correction predictions while also watching at least one live match from each round of the Major – either using the in-game viewer or the Steam.TV platform.

Once the action heats up and there is more at stake, players must make at one least correct prediction for the semi-finals to complete that challenge and then correctly predict the event winner in the Grand Finals to wrap up the predictions challenges. 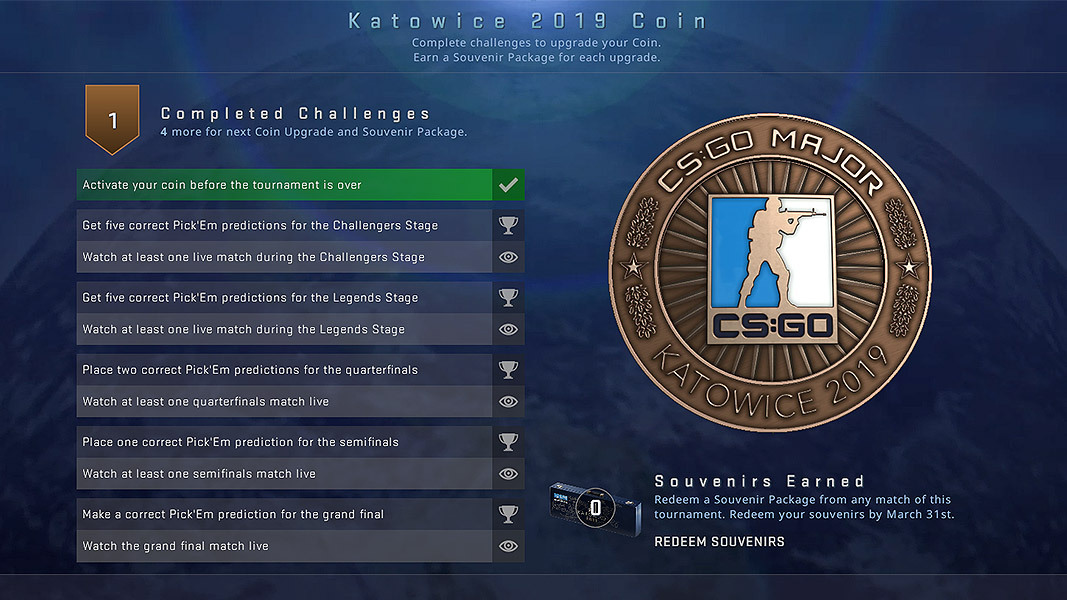 The full list of challenges – which doesn’t seem all too hard to complete.
[ad name=”article4″]

What does it all mean for souvenir cases?

The souvenir cases are the same as they used to be – a skinned gun from a certain map that contains gold stickers of both teams, the event and the round MVP in which it was dropped.

However, they won’t be dropped during games any more solely for viewers – you will have to complete the challenges and leveling up the coin. Each new level will bring one new case, meaning that three in total can be secured.

Any cases must be redeemed in-game by March 31, so you won’t be able to horde the cases until the next Major.

What else is there to know?

Choices for the Pick ‘Em challenges have to be completed before the round gets underway.

With the Challengers stage of the event kicking off on February 13, picks must be locked in and ready prior to that.