* Update: After this article was published, Team Razer have now unfollowed Karma on Twitter. This could be a result of the speculation caused by initially following him, along with the other 100 Thieves CoD roster members.

The Call of Duty community continues to speculate on who 100 Thieves will recruit as their fourth and final player to the roster, and Team Razer’s Twitter activity may provide some insight.

Team Razer is the esports focused account of Razer, the gaming hardware company, known for gaming laptops, keyboards, mice and more, and they are a proud sponsor of 100 Thieves.

The account mainly follows only teams it sponsors, and their respective players, which also includes Rise Nation, and a number of Overwatch League teams.

On September 1, only a matter of hours following the announcement of Sam “Octane” Larew on 100 Thieves, Team Razer followed all three of the new 100 Thieves roster – plus Karma.

As you can see below, the players were followed all at one time, which adds to the possibility of Karma being on the team – but of course, it doesn’t confirm anything. 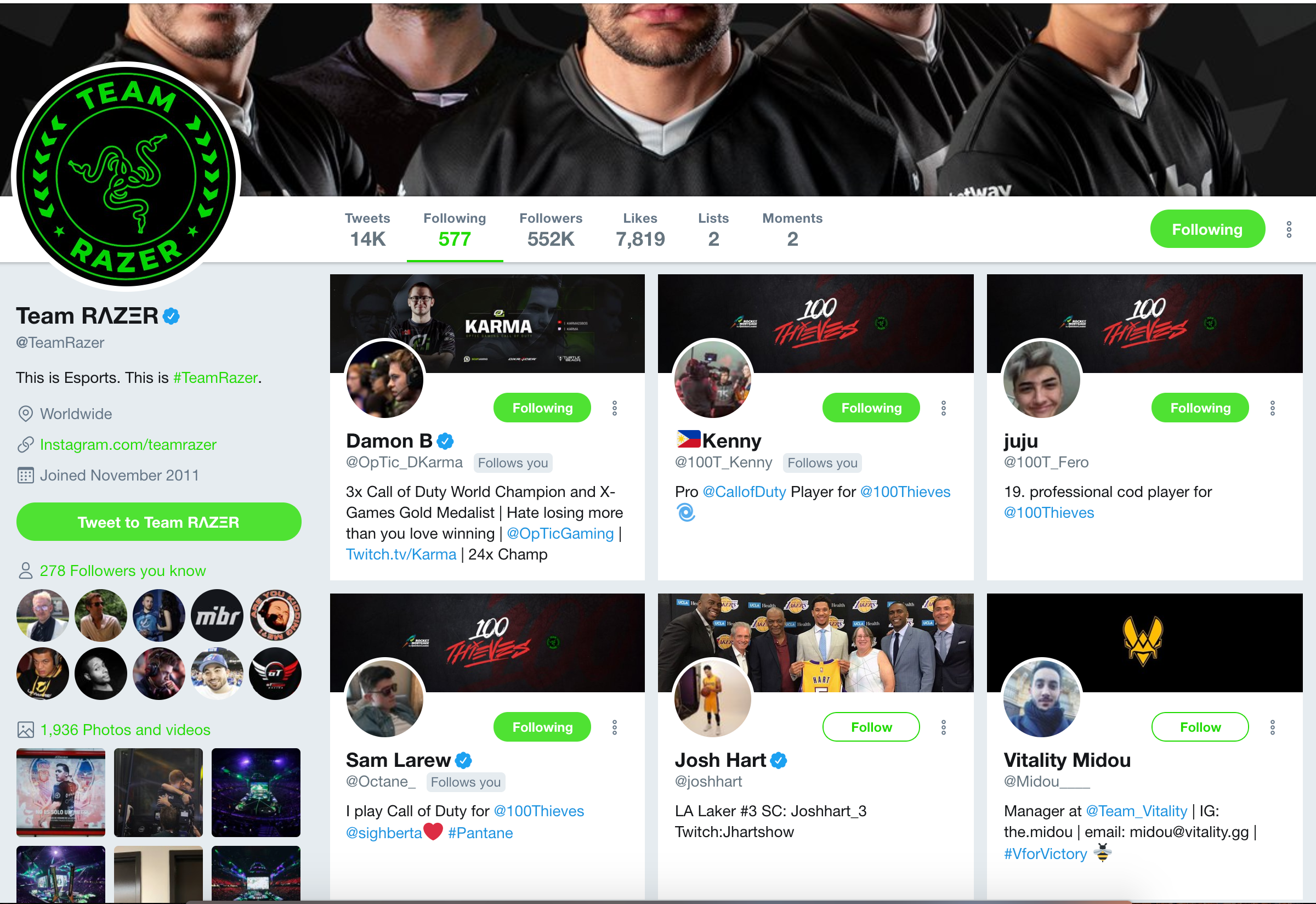 For example, when 100 Thieves announced its Clash Royale team, the Team Razer account immediately followed all four players on the roster.

While this is only speculation, we do know for certain that 100 Thieves founder Matthew “Nadeshot” Haag is aware of the team’s need for someone in a leadership role. 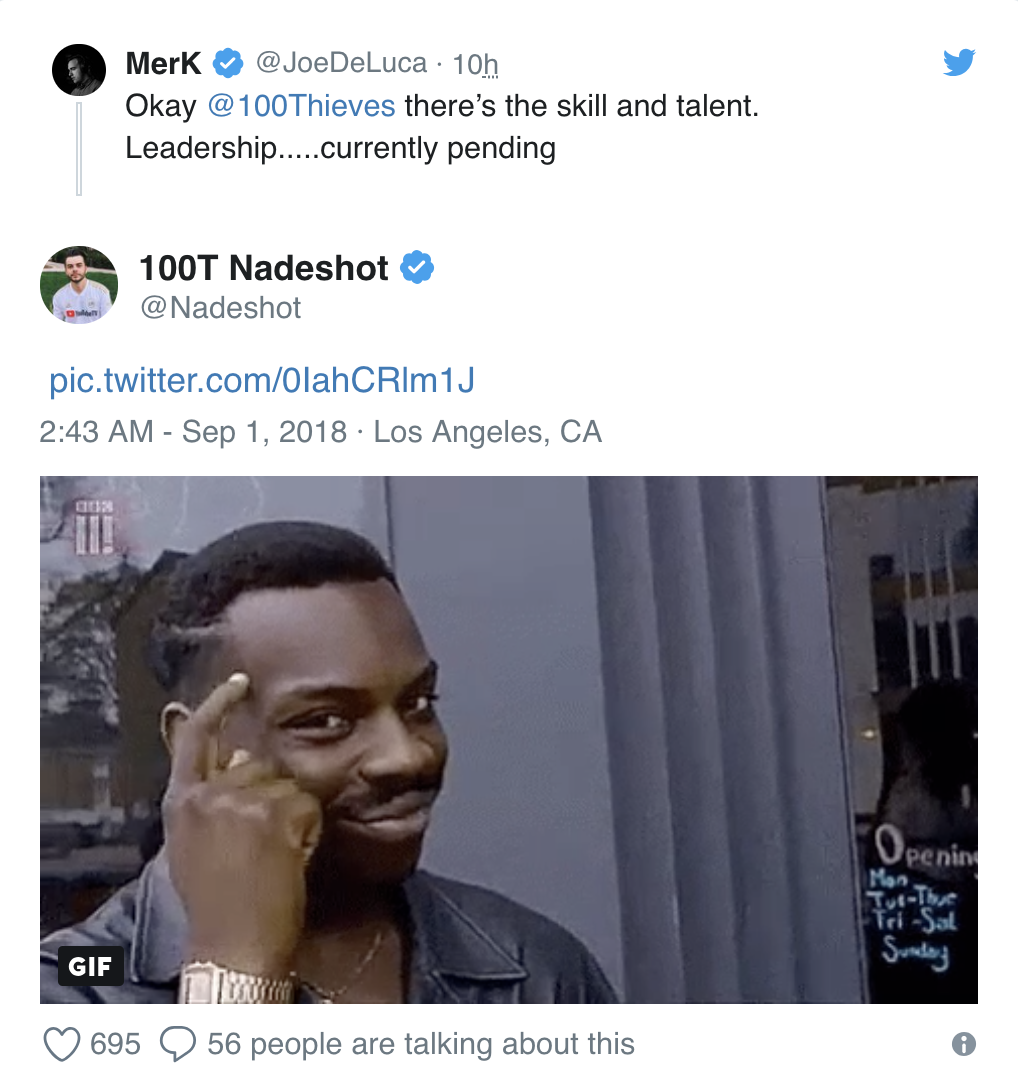 Given the rate at which players have been announced so far, fans will likely not have to wait much longer before the fourth 100 Thieves player is revealed.

Even if it is three time world champion Karma, 100 Thieves’ business still might not be over, as the community waits to see if competitive play will remain 4v4 or move to 5v5.