New "Sticks and Stones" Playlist Gets Accidentally Added to CoD: WWII Before Getting Quickly Removed - Dexerto
Call of Duty

New “Sticks and Stones” Playlist Gets Accidentally Added to CoD: WWII Before Getting Quickly Removed

It appears that a new playlist called “Sticks and Stones” could soon be coming to Call of Duty: WWII

The classic game mode appeared in the Multiplayer menu of the game before mysteriously disappearing, leading players to believe that it had been added early by mistake.

Twitter user @g9james_ tweeted out a picture of the game mode appearing on his screen as he described how he came across it in the first place.

“umm, not sure if this was suppose to be in the game yet, but I tried to play it and it put me in a lobby of kill confirmed on shipment. Then it made me do a patch update and it changed back to shipment 24/7” 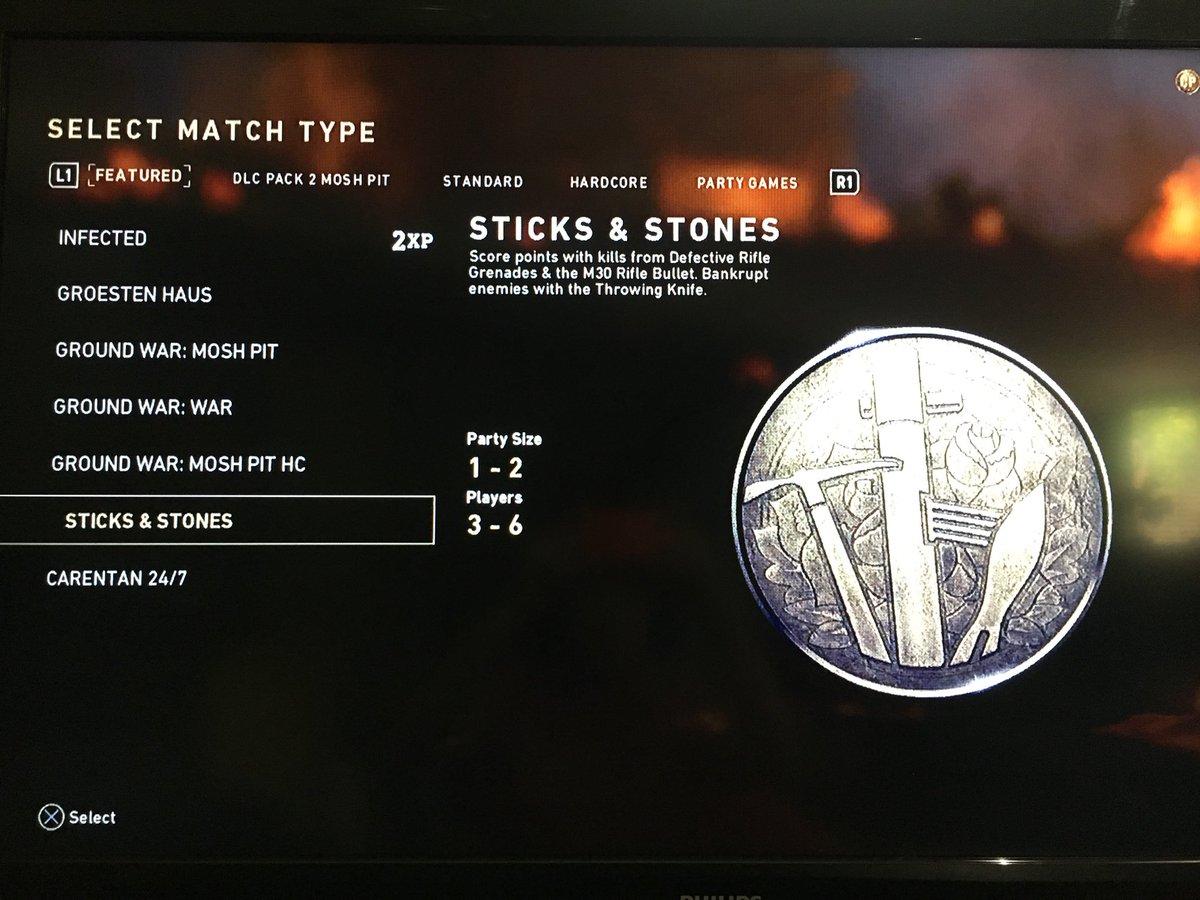 According to the picture, the mysteriously added game mode could accommodate a party size of 1-2 players and required an overall player count of 3-6.

The description on the screen reads:

It is not yet clear when or if the game mode will actually be added to WWII. We will provide any official information as it is announced in the coming days by developer Sledgehammer Games.

Here is an official description of the mode, as provided by the Call of Duty Wiki page:

Sticks and Stones consists of six players competing in a Free-For-All style game. Everyone’s loadout consists a Crossbow, Ballistic knife, and a Tomahawk/Combat Axe. Like a Free-For-All game, points are earned from kills, and the match ends when the time runs out. However, if a player manages to kill another with a Tomahawk/Combat Axe, they will “bankrupt” the target. Also, if a player commits suicide with Crossbow, they humiliate themselves and get “bankrupted”. If a player is “bankrupted”, they lose all points earned so far in the match; they will have to start over from zero points. To win, a player must reach one of the three highest scores once the time limit is reached.