Hershey’s has enlisted the help of popular Twitch streamers Tyler ‘Ninja’ Blevins and Ben ‘DrLupo’ Lupo for the release of its brand new candy bar.

The newest addition to Hershey’s line of legendary confections is the mashup of their iconic milk chocolate bar with Reese’s Pieces peanut butter and chocolate candies.

In order to maximize the promotion for their new chocolate bar, the company has partnered with Ninja and DrLupo, who will be live-streaming with Hershey’s on their own Twitch channels starting at 1 PM PT / 4 PM EDT on Tuesday, October 23.

The new chocolate bar will be officially unveiled during this year’s TwitchCon, which is set to take place October 26-28 in San Jose, CA.

Hershey’s will have its own booth at the event, and the two Twitch superstars will make an appearance on Saturday, October 27 to hand out the new candy from 7-8 PM PT / 10-11 PM ET. 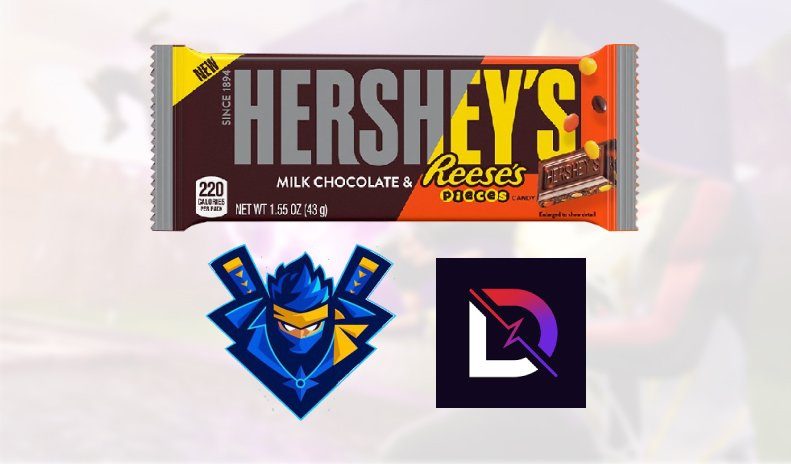 This event marks the first time Hershey’s has been involved with the world of esports and gaming, and they’ve chosen to partner with individual influencers rather than gaming organizations.

It was reported by PR Week that the company used an esport marketing agency called Ader to scout the streaming community, and the results indicated that Ninja and DrLupo were the perfect content creators to approach.

It’s not clear whether this partnership is intended to be long-term, or is only for the promotional release of the new candy bar at TwitchCon.

However, the list of non-gaming related companies and corporations getting involved in gaming continues to grow. Ninja himself has numerous partnerships, including with Uber Eats and Samsung, while DrLupo has a strong affiliation with King Coast Coffee Company, among other entities.