How to stop lag and connection errors in Apex Legends

If you are experiencing more lag spikes, jitters, or rubber banding while playing Respawn’s new ‘Apex Legends‘, these tips might help mitigate some of your problems and get you back in the fight.

Although it was a surprise release and attracted 10 million players in the first 72 hours, the servers for Apex Legends have generally performed better than expectations, with such a surge in players.

It hasn’t been completely flawless though, with a few, albeit short, outages on PC and console, which the developers have tackled quickly.

However, with so many players constantly queuing up for games, ensuring that you always have at least a playable connection can sometimes be tricky.

Respawn have stated that they are continuing to work on stability, but in the meantime, here are a few tips that will help you avoid lag and connection issues, as much as possible.

This may seem self-explanatory, but whenever possible you want to ensure that your bandwidth (i.e. your own internet connection) is prioritizing Apex Legends. If other devices on the same connection are being used for watching streams, gaming, or even just basic web browsing, your router may be prioritizing the wrong device.

To get a clean slate, try disconnecting all other devices on the same network, resetting your router (turning it off and on again) and then boot up Apex Legends on your console or PC first. 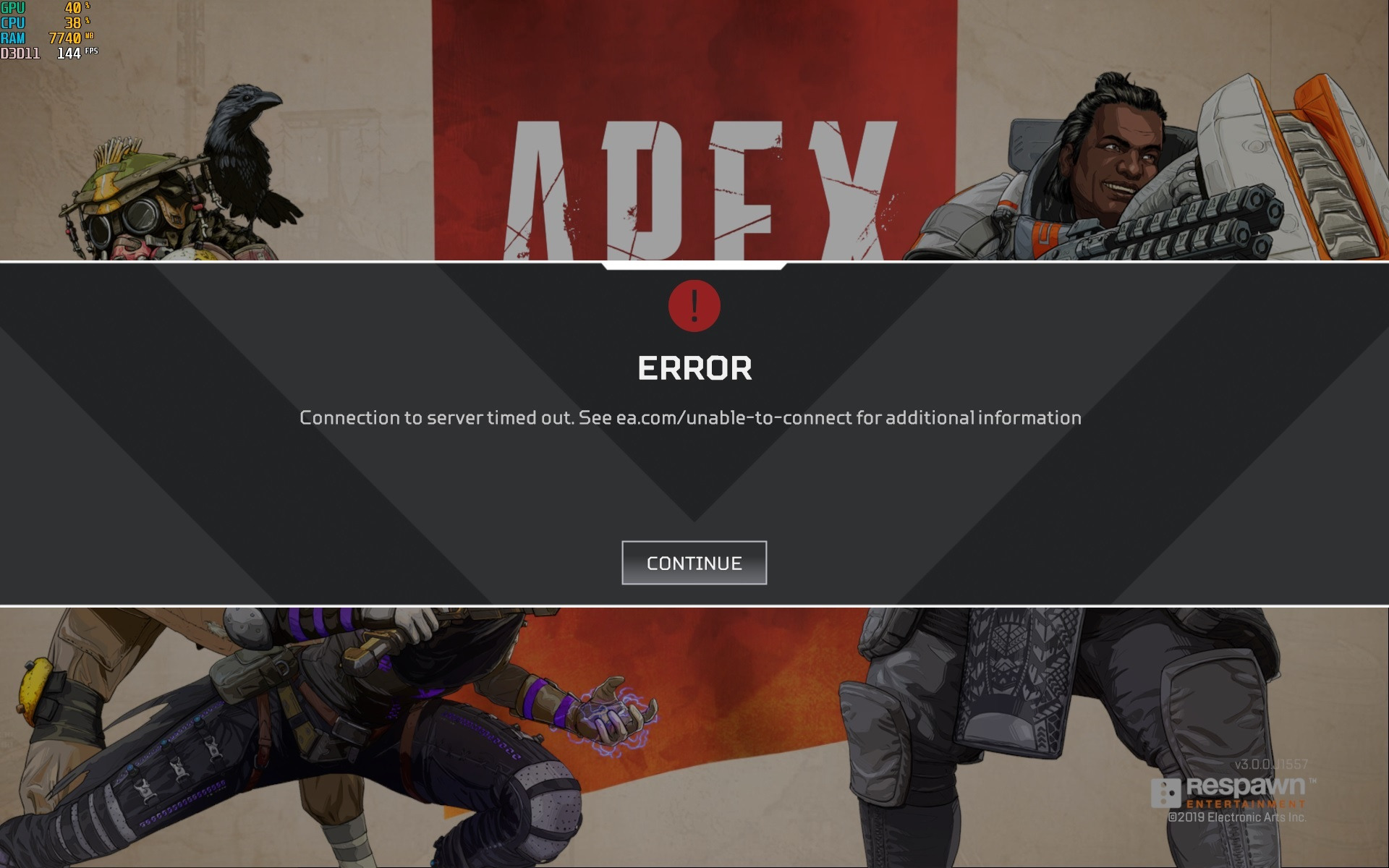 Turn off or pause auto-downloads/updates on consoles

If you’re playing on console, you also want to ensure that your PS4/Xbox isn’t doing any downloads or game updates in the background.

Often the auto-update settings will be turned on by default for most applications, so you might be trying enjoy some Apex Legends, while your console is downloading an update for Fortnite in the background.

This method can be particularly effective on PC – simply closing down the game and restarting appears to resolve the odd jittering lag which can occur occasionally. It does mean that you will have to forfeit the match you’re in however, which can be inconvenient if you’re playing with a couple friends who aren’t experiencing any lag.

More of a last resort, but if you cannot resolve your connection issues with any of the above tips, you may want to completely delete Apex Legends and reinstall it. The download is only around 12GB, so it shouldn’t take a crazy amount of time to complete.

If a complete reinstallation doesn’t work either, then you may be out of luck and will need to wait until Respawn perform more server stability and connection improvements. You can report your connection problems directly to Respawn here.

Check your system is up to spec

This of course is a PC only tip, but you could be experiencing frame rate issues and other performance problems if your rig isn’t up to par. Make sure you have at least the minimum requirements (below) first:

Respawn have confirmed that Apex Legends cannot be played on AMD Phenom CPU’s or older.

If you meet these minimum specs but still experience FPS drops, then you may need to turn some of the graphical settings down. Here are the best settings for highest frame rate on Apex Legends.

If you’re new to Apex Legends, make sure to check out our full, in-depth guides for everything you wil need to know, to get you up to speed with the latest battle royale hit.