Players have been grinding games in Apex Legends since the long-awaited Ranked Leagues launched on July 2, and a look into the final circle of a typical Diamond match reveals the insanity that can quickly take over the battlefield.

While players have been loving Respawn Entertainment’s battle royale, before Ranked Leagues released, matches were largely unsatisfying either because opponents weren’t challenging enough or a lack of incentive to win made playing with randoms the wrong kind of hectic.

But since players of different caliber and skills can now be placed in proper tiers, high ranked players are noticing a change of the quality when jumping into King’s Canyon, especially in the endgame. 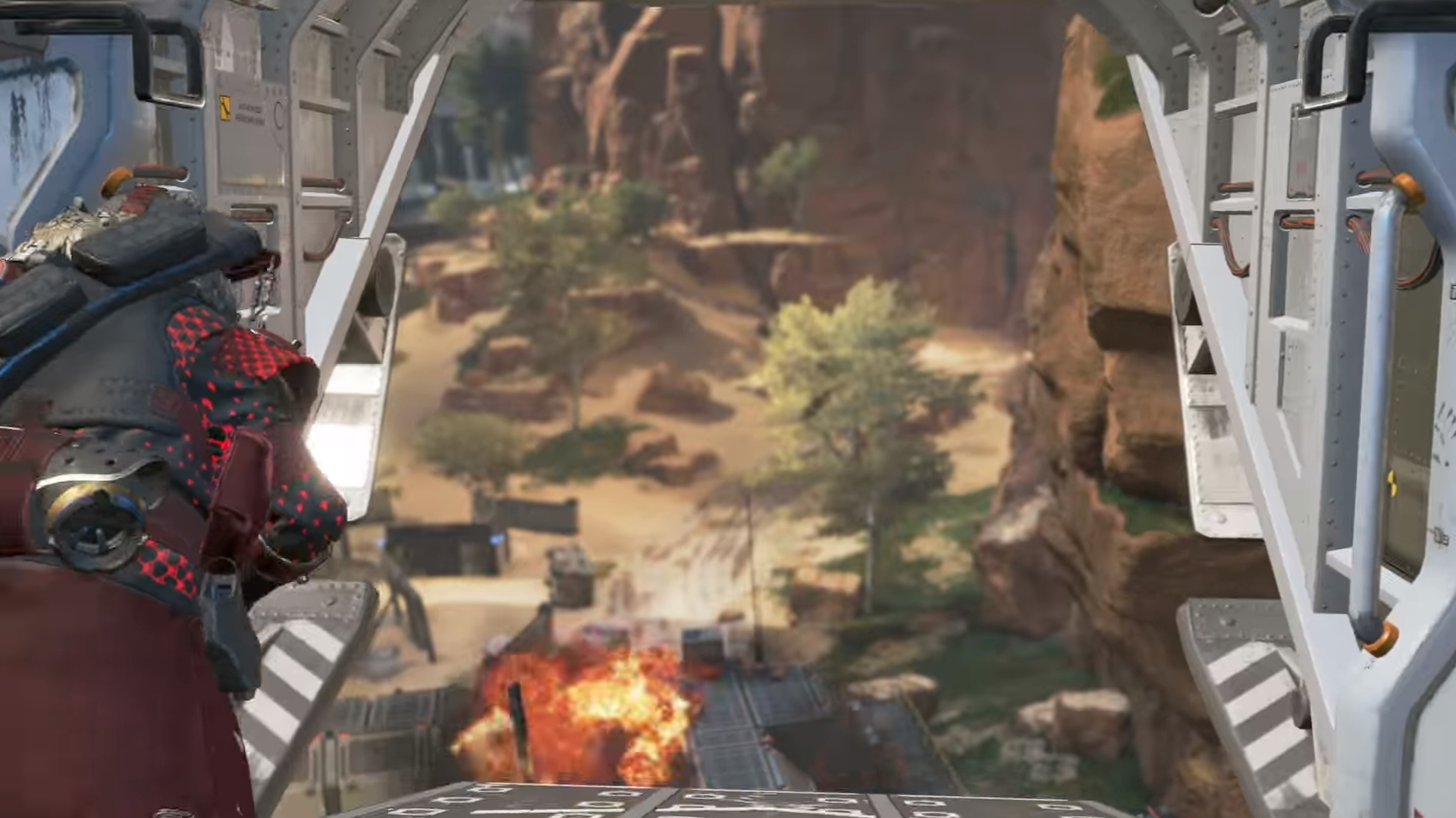 The final circles in high-ranked Apex Legends games aren’t for the squeamish.

In a Reddit post, user ‘The-SadShaman’ shared his view of the final circle in a Diamond ranked match which perfectly shows the madness that can develop in a server filled with battle-hardened Legends.

With only one other teammate in a circle filled with five squads, The-SadShaman can be seen looting up before the circle closed in once again to a suffocating degree.

Then the “Ring Closing” banner popped up on the screen, forcing the players left alive to make their move to the smaller zone.

Stuck between a zone and a Caustic Nox Trap, the player had to book it to keep their team’s hopes alive, leaving his Pathfinder to die in the zone.

The game quickly turned into a 1v1v1v1 as the sole representatives of four squads were looking for ways to outwit the others. 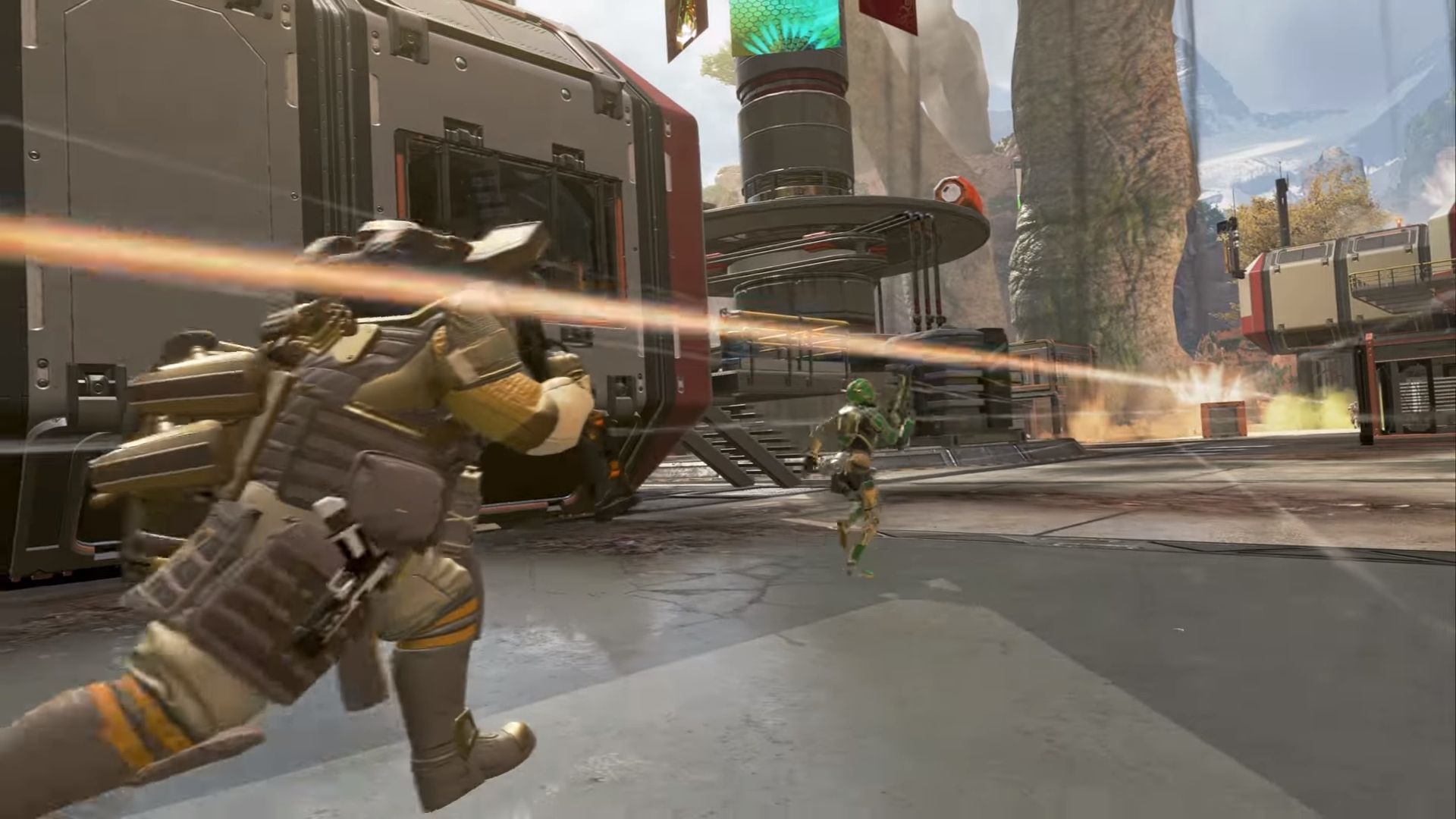 Looks like players in Diamond rank make every move count, or else it could cost them their match.

Pressing the issue, The-SadShaman had to hold their nerve as they worked to finish off a bunkered Caustic while taking shots from Gibraltar in the opposite direction high above a catwalk.

After finishing off Caustic, the player went around the corner for cover just to find a battered Octane healing up. Using the last shots in their Alternator’s clip, the player fired a barrage of gunfire that made the Octane retreat into the zone, ending his game.

That’s when the final boss Gibraltar laid down his Defensive Bombardment, making it hard to see and heal for the final engagement. 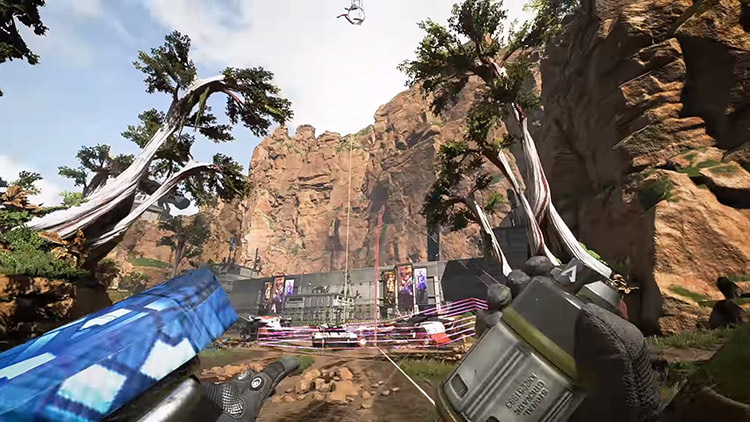 Players were fighting for every inch in the final circle.
[ad name=”article5″]

But The-SadShaman was able to make him out as he dropped down, forcing the player to stop their Med Kit and take a shot at ending the game.

The-SadShaman was able to come away with a Champion screen, but the gameplay shown has been resonating with a lot of Apex Legends players because of how intense the game can really be.