During The Game Awards 2019, Mirage made an appearance in character in what many thought was just a pre-recorded video, but it was actually done completely live.

Respawn hyped up an announcement at The Game Awards that ended up being the start of Mirage’s Holo-Day winter event. In a surprise to all, it was actually revealed by the character himself in a special appearance.

While announcements like this have largely been considered hit or miss by those watching, this particular one is very impressive considering it was all done live. Roger Craig Smith, the voice actor of Mirage and many other video game characters, confirmed this revelation while answering fan questions on Twitter.

Totally live! Should be more coming to show you behind the scenes in the next few days!

Smith was able to go more in-depth with what it took to pull this off and, as it turns out, it wasn’t exactly a simple method. According to an interview with Hollywood Reporter, Smith was in a studio next door to the Microsoft theatre dressed in spandex and performance capture devices where he would then interact with host Geoff Keighley.

To ensure everything went well, 20 engineers, art directors, and other tech people were present to prevent any issues that arose. To their credit, the whole segment was able to avoid errors, even with the dialogue itself being improvised.

Drew Stauffer, Apex Legends’ creative director, said that isn’t even close to the number of people that made the event happen either.

“It feels like a lot out there, but that’s not even half of the total people that make it come together,” he said. 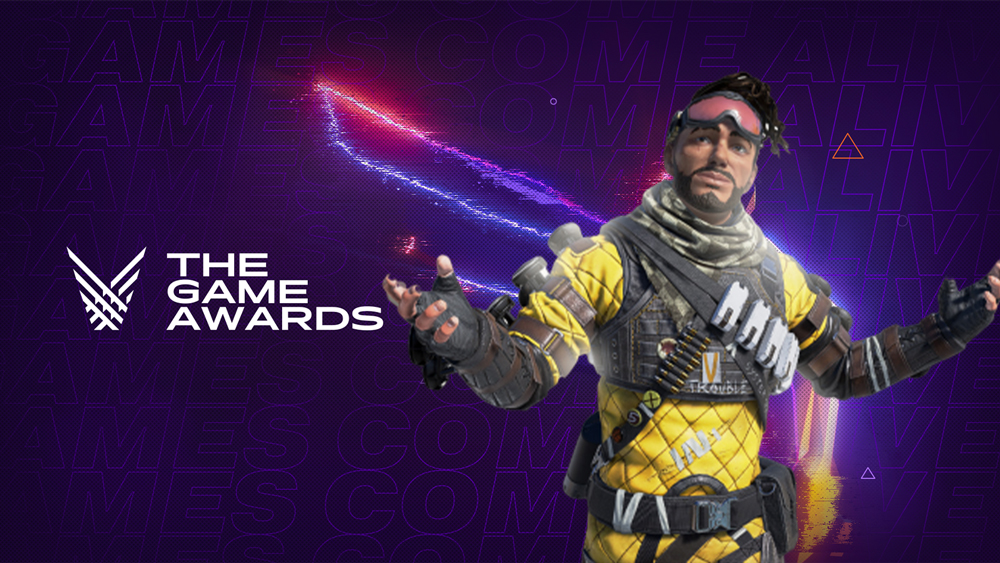 Mirage stole the show at The Game Awards.

Creative technology studio The Mill worked with Cubic Motion in an effort to make the performance happen. Creative director at The Mill, Lisha Tan, said Stauffer approached the team back in October 2018, before Apex even released, about a live performance like this.

“Drew came to us with a pitch back in October of last year,” said Tan to THR. “This is kind of new territory, new tech. We’ve never really done this before. It’s completely different trying to capture this live, because with mo-cap you can always come back to it later. This is like filming live-action. It’s live!”

Can't wait for you all to realize what the awesome folks at @Respawn just pulled off for #ApexLegends fans to make for a very special LIVE announcement of the #MirageVoyage here at the @thegameawards!
So much more to come…
What a rush that was! pic.twitter.com/R3OIofmXBW

Smith showed a glimpse of himself wearing all of the gear and explained he was excited to see everything that went into making this into a reality from a different point of view. He had perhaps the most stressful part of the job since the whole reveal going well relied on his performance.

“It will be strange when I see the behind-the-scenes stuff and see the perspective that I don’t get,” he told The Hollywood Reporter.

When he found out the whole announcement would be done live, he had some doubts about it, but luckily, everything went off without a hitch.

“This is a game-changer for me,” Smith said. “I’ve done mo-cap before, but to come in for this and to see it fully captured live, I was thinking, ‘Can they do that?'”

The Holo-Day event is live!

As for the event Mirage announced, it is live now through January 7, and there are plenty of cosmetics for players to unlock. Also part of it is a brand new LTM called Winter Express, where players have to battle it out among each other for control of the train.

There’s a lot to take in with this event so make sure you get out there and check it out before it disappears for good!