If you land every pellet with the Peacekeeper to the body – which is very manageable for almost any range you’d conceivably be using a shotgun at, as the weapon’s spread is quite tight even by default – you’ll do 110 damage per shot, making the Peacekeeper already one of the most powerful weapons in the game up close.

The major drawback that should somewhat balance out the Peacekeeper is its fire-rate, which is the lowest of any in the game except for the rare, bolt-action Kraber .50-cal.

By using an animation-cancelling technique, however, it’s possible to dramatically speed up the Peacekeeper’s fire rate.

The animation-cancel can be accomplished by rapidly switching back and forth between the Peacekeeper and another weapon after each shot.

In order for the cancel to work, however, the animation needs to have reached a certain point before the switch. Try to cancel it too early, and you’ll only cost yourself extra time as the Peacekeeper’s animation will restart once you switch back. 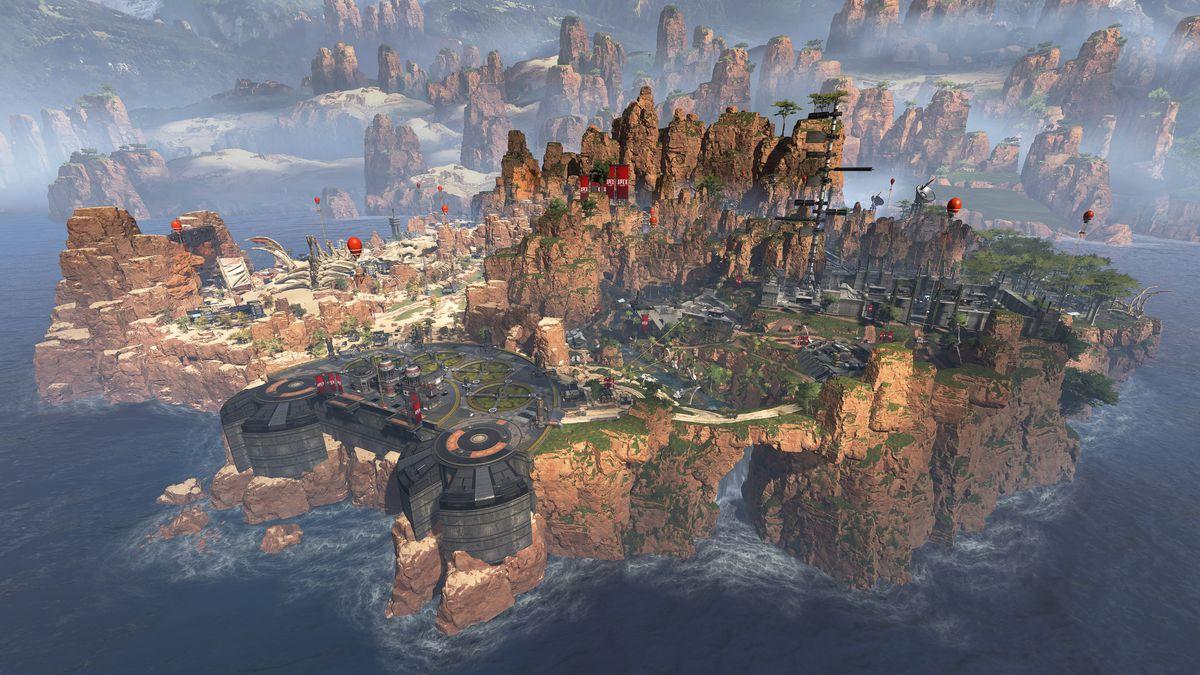 The Peacekeeper is usually quite easy to find wherever you drop in Apex Legends.

If you get the technique just right, it appears the Peacekeeper’s rate of fire can be sped up by upwards of 50% beyond its default rate. Considering that a few well-aimed shots are enough to take down even a fully-shielded opponent, this increase makes the weapon significantly more deadly than it already was.

With most of the weapons in Apex Legends being semi or fully automatic, animation-cancelling is unlikely to be necessary in most cases. If you’re looking to improve, however, it’s worth mastering the technique simply for use on the Peacekeeper, as doing so will give you a massive edge with a weapon that’s usually quite easy to find.