They already have a special place in the bottom of our hearts and in the ones of our supporters.

Please give a very warm welcome to

One motto that unites everyone #VforVictory 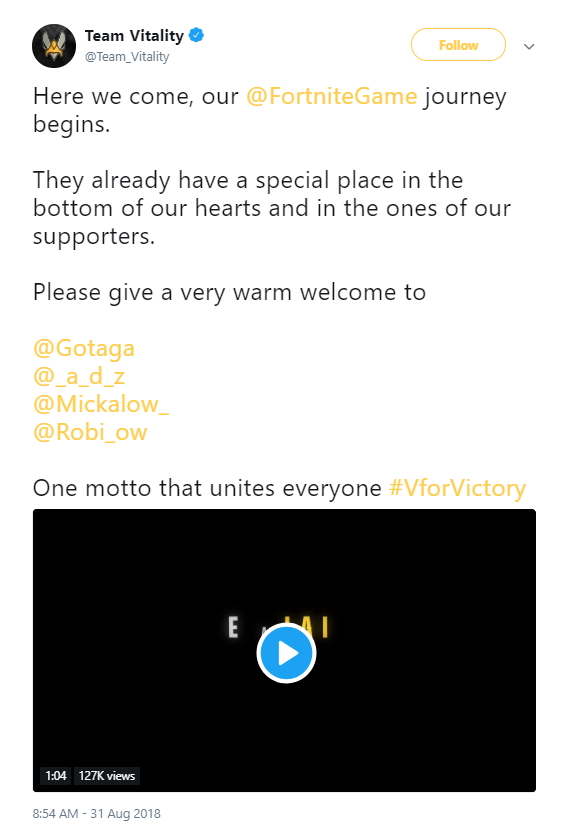 The announcement also included an animated video introducing the players and announcing the org’s entry into competitive Fortnite.

Team Vitality fans will be very familiar with Gotaga, as he spent most of his illustrious professional Call of Duty career playing for the org.

Considered by many to be the best French CoD player of all time, “The French Monster” retired from competing in 2016 and turned to full-time content creation, where he now has over 1.1 million followers on Twitch and 2.6 million subscribers on YouTube.

Gotaga is also the only one from the group to have participated in Epic Games’ Summer Skirmish competition series; he played in the EU half of the Week 4 tournament, placing 76th overall.

Regardless, all of these players are considered to be among the best, at least from the EU region.

With no formal competitive structure for Fortnite having yet been officially announced by Epic Games, teams like Vitality have been looking to sign the best talent available in anticipation of the massive $100 million competitive season.