He was the first player to reach the 8 points necessary to win, with Team Liquid pro player ‘Poach’ coming in second, followed by Luminosity Gaming pro ‘Kreo’ in third.

NotVivid was invited to play in this week’s competition on the virtue of his top performances in one of the previous Solo Showdown in-game events this year.

He was able to jump out to a strong start with a Victory Royale in Game 2, along with five eliminations that earned him an extra point.

He followed that up with another Victory Royale in Game 4, putting him at seven points and on the brink of winning the event.

However, Liquid’s Poach put on a major comeback, winning the fifth game and getting to five points, which put him in a position to try to sneak the championship from under NotVivid’s nose.

However, in the sixth and final match of the tournament, NotVivid managed to get 4+ eliminations and finish in the top 3, getting the two points that put him to nine overall and first place.

Poach, who ended up also winning Game 6, finished with seven points, and LG’s Kreo came in third with four points.

The ‘On the Throne’ $50,000 bonus went to streamer ‘Reverse2K,’ who got the highest number of elimination in a single match with nine.

He also managed to finish 5th, which meant that he took home a total of $86,000 from this week’s competition. 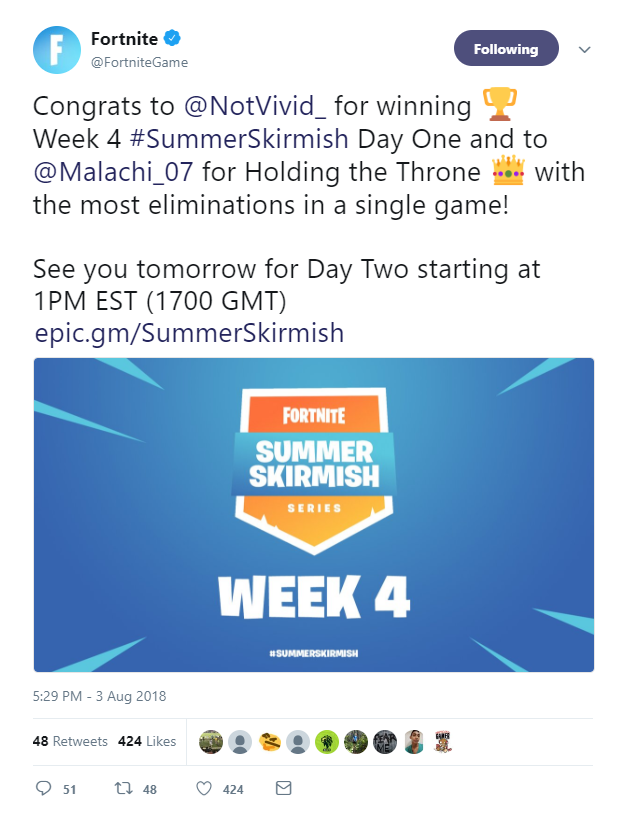 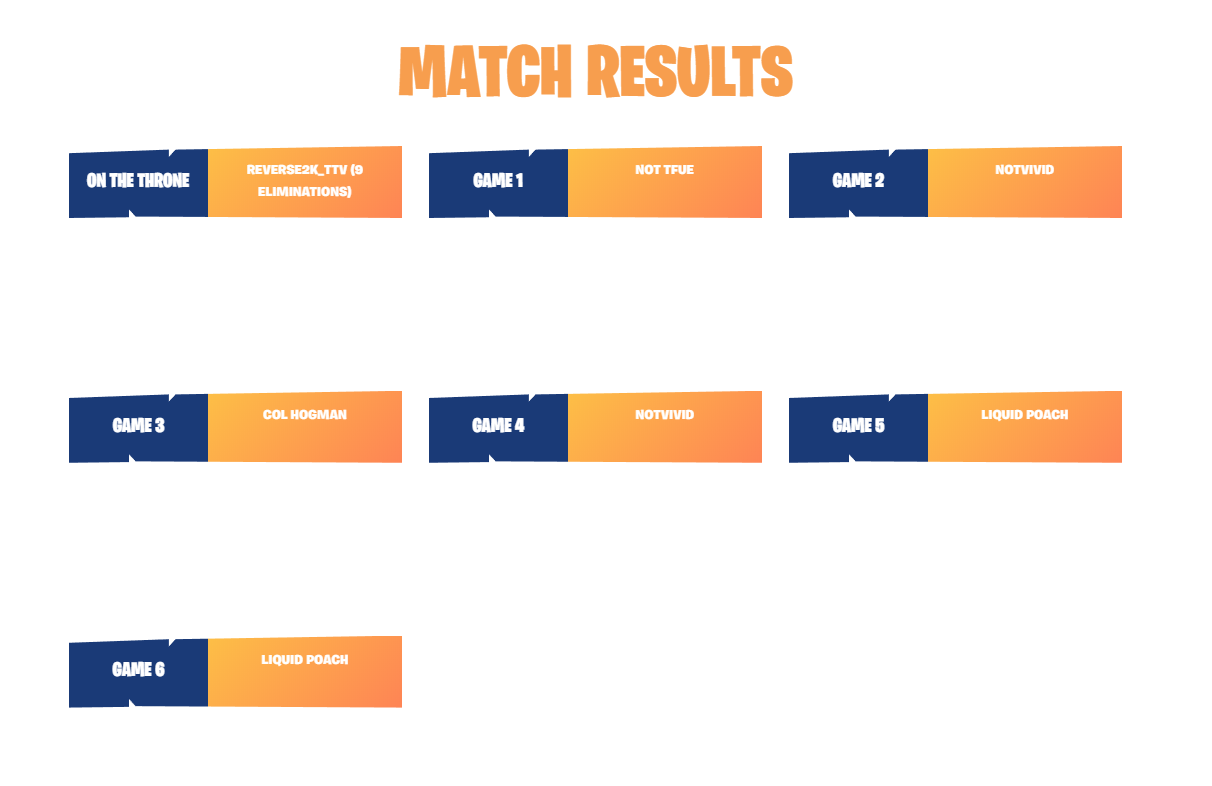 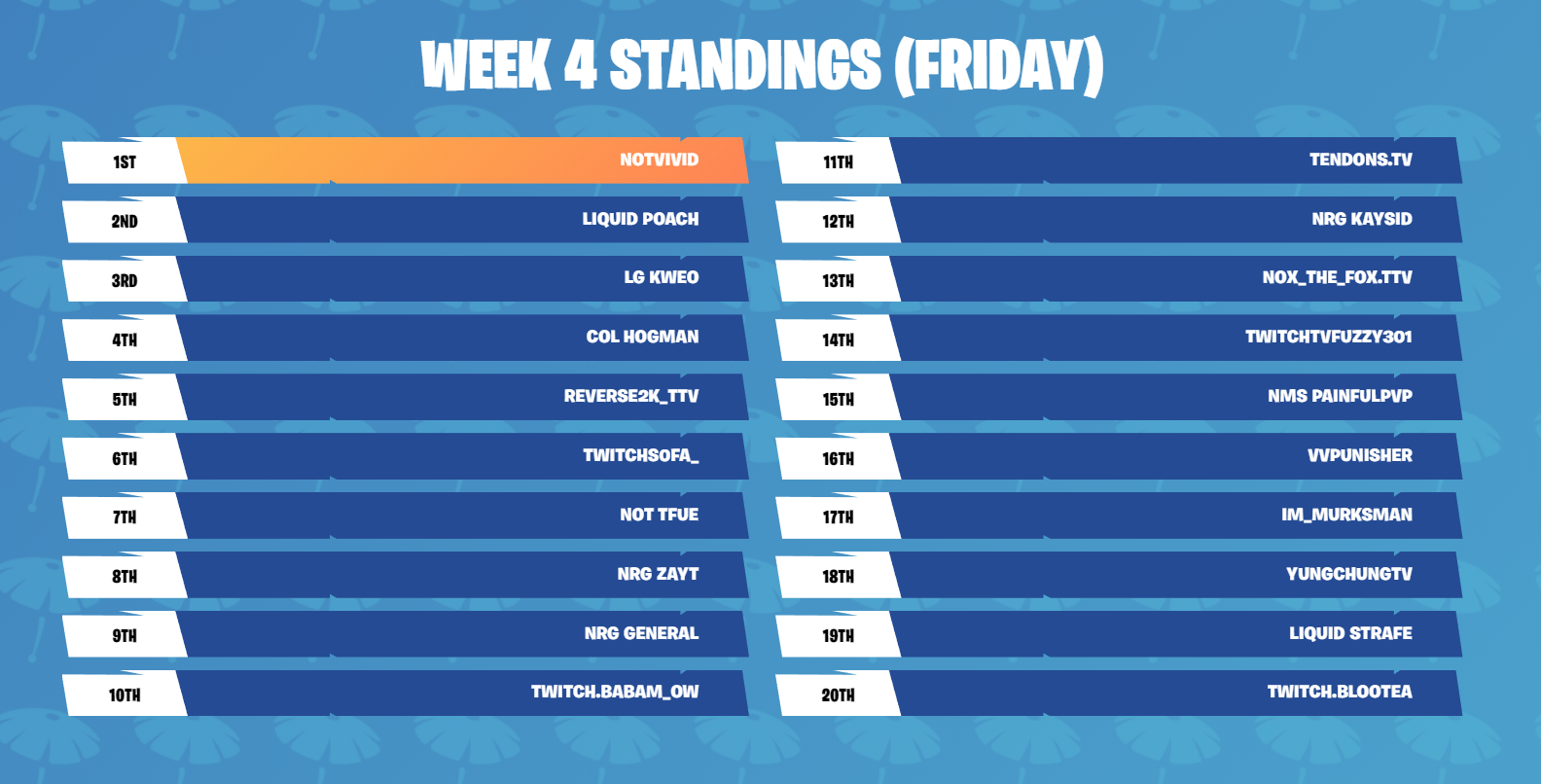 This $500K tournament was only the first of two for this week’s ‘Summer Skirmish’ event; the second tournament is scheduled to be played on August 4 but will feature a different group of competitors.

For the list of Friday’s participants, along with more details about the format, ruleset, and prize pool breakdow, visit our dedicated hub below