The anticipation is building in the Fortnite community about what exactly Epic Games has planned for their $100 million of promised prize money.

On Monday, June 11th the first bit of credible information was leaked online after a professional player spotted a truck roaming through California with a large sign emblazoned on it.

The popularity of Fortnite Battle Royale doesn’t appear to be waining after six months of impressive growth and with such a large fan base, the conversation is now shifting to how the game can work as an esport.

Epic Games announced in May that they’d be putting in $100 million into prize money for their popular title, but have kept quiet in the lead up to E3.

The annual gaming convention will host a huge Pro-Am Fortnite tournament featuring 50 professional players and streamers, and 50 celebrities who will team up to fight for the title. Epic Games are expected to announce their plans for their competitive season in close proximity to the tournament.

So what do they have planned? FaZe Clan Fortnite player and two time Friday Fortnite Champion, Dennis “Cloak” Lepore, shared an image on Twitter on June 11th.

The image featured a trailer with a logo that said ‘Fortnite Champions Tour’ and had the slogan ‘50 Cities.50 Sundays.’ 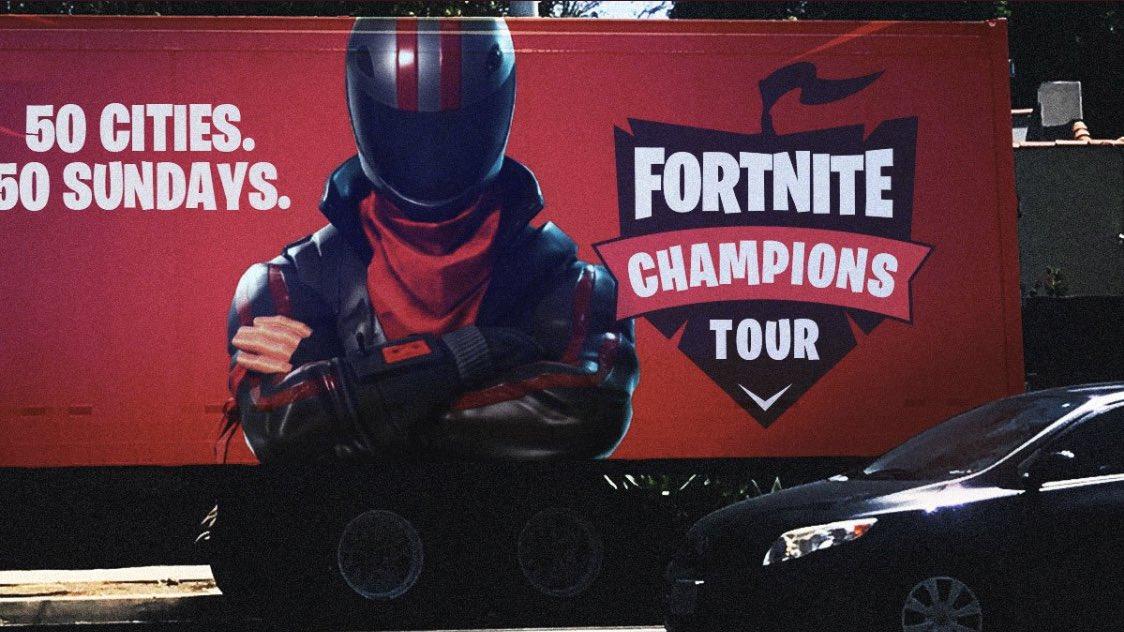 Speculation has been rife among Fortnite fans about what exactly it could mean and whether it would be consecutive weeks or spread out across multiple years. Unfortunately, no further details have been released or spotted.

We were contacted by Epic Games PR to advise this has nothing to do with them.

Nope. Not related to Epic. I’ve never seen this before. Please correct or delete.

Make sure you check out the Fortnite Pro-Am tournament for more details, which will take place from 3:30pm PST (6:30pm EST, 11:30pm BST) live from E3. Click here to find out everything you need to know about the event.